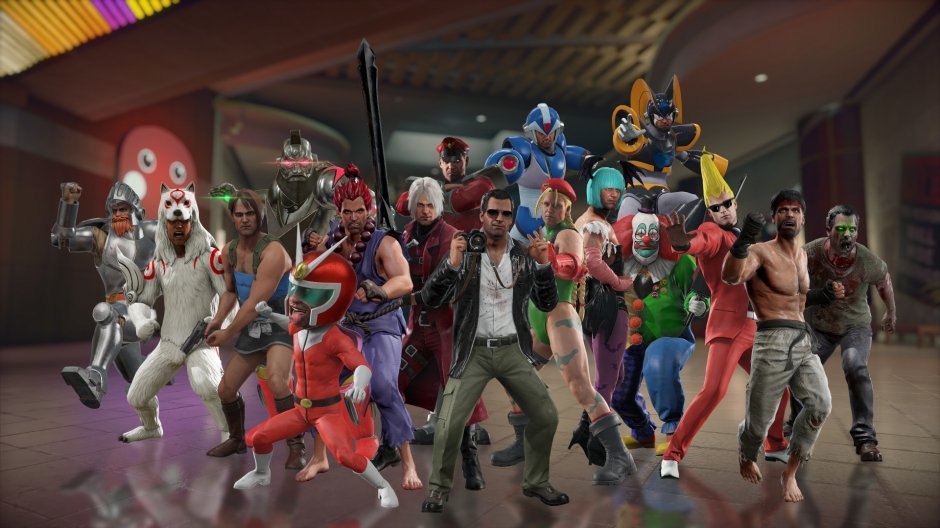 GameDaily received a comment from a Capcom spokesperson. The company is suspending operations at Capcom Vancouver effective immediately.

"Capcom is currently reviewing the allocation of its development resources that support the production of world-class content. Capcom has been focused on increasing the efficiency and growth of its game development operations. To support this objective, new R&D facilities and annual hiring have been underway at the Osaka headquarters. In consideration of this process, as a result of reviewing titles in development at Capcom Vancouver, Capcom has decided to cancel the development projects at this studio and will concentrate development of major titles in Japan.

"As part of this overall direction, the CV studio will suspend operations, effective today, so the current staff will be laid off and the office will be closed.

"We appreciate the hard work and contributions of all the studio team members in creating unforgettable gameplay experiences for the Dead Rising series and Puzzle Fighter."

Capcom has lost ¥4.5 billion (equal to $40 million) after multiple projects at its Vancouver studio were cancelled, according to GamesIndustry. Capcom may have posted an 8.4 increase in sales from April 2017 to March 2018, netting ~$867.5 million, but $40 million is still a hefty chunk of change to be losing. This could spell some serious woes (financial or otherwise) for Capcom Vancouver.

Capcom’s Vancouver studio has had a rough time this past year. According to a Kotaku report in February, 30 percent of the studio (about 50 people) was laid off following a restructuring related to the developer’s various projects being reduced in scope or outright scrapped. Capcom later confirmed that its Vancouver studio would still continue work on the Puzzle Fighter and the (reduced in scope) Dead Rising franchise.

Capcom’s $40 million loss will be recorded as part of its Q2 report.

Capcom may not be terribly stressed about the $40 million bath it took in Vancouver, however. The release of Monster Hunter World has resulted in Capcom’s most profitable year ever, skyrocketing to over 10 million copies sold after its PC launch in early August, making it Capcom’s best-selling game to date. That doesn’t rule out the possibility that Capcom may once again restructure itself to accommodate for more Monster Hunter World content, sequels, or ports, and rely on the workforce at their Vancouver studio to make it happen.

Capcom Vancouver has been most closely associated with the Dead Rising franchise, and previously worked on multiple licensed baseball games for Take-Two Interactive under the name Blue Castle Studios. It was eventually assigned a contract to make Dead Rising 2 for Capcom and acquired by the company in the same month.

There’s reason to hope that Capcom may not be so shrewd as to completely liquidate its Vancouver team. When GamesIndustry.biz asked Capcom Europe COO Stuart Turner and EMEA marketing director Antoine Molant their feelings on what metric they would use to define the upcoming Resident Evil 2 remake a success, Turner was curiously measured.

"While we have shareholders to appease, it's not just about commercial performance," Turner said to GamesIndustry. "There is an artistic element that always comes in where we know this is the right way. And while if we compare RE7 to RE6 the absolute numbers are not the same, in terms of the profitability... it's completely fine. It ticked all of our boxes internally. It was really well received. And in some respects, getting some very good review scores counts as much for Capcom as a game that sells millions and millions and millions. We'd prefer a game that got a 9 and sold less, than got a 6 but sold more."

Turner’s comments to GI.biz may provide a bit of comfort to Vancouver studio employees, who may be hoping to either be reassigned to stronger IPs or given a longer calendar by which to make a profit. That said, a large company like Capcom will still be driven primarily by its bottom line, and critical acclaim doesn’t necessarily keep the lights on.

GameDaily has reached out to Capcom for comment and will update the story accordingly.