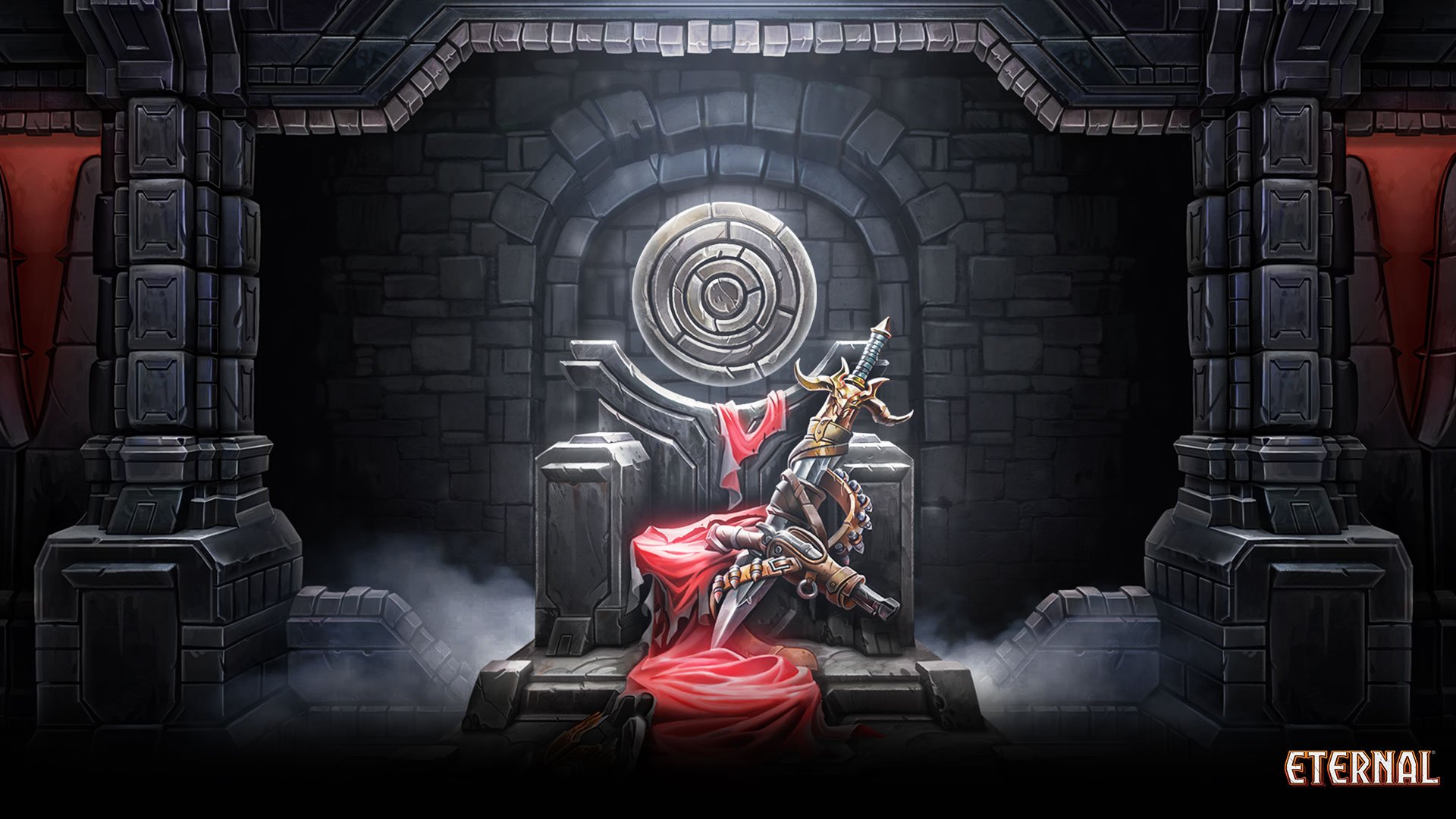 Work-for-hire game development shops like Nerve Software and Dire Wolf Digital generate the bulk of their revenue from making other people’s games. They work by another company’s deadlines on their intellectual property, adhering to previously developed style guides, toolsets, and methodologies. There isn’t a whole lot of creative freedom in those kinds of projects, but it keeps the lights on. Much like Nerve Software is moving away from work-for-hire, Dire Wolf Digital — best known for their work on digital collectible card games like Elder Scrolls Legends and their tabletop game, Clank — are taking a proactive approach to forging their own path in the industry.

Dire Wolf Digital released their first original collectible card game, Eternal, in November 2016. After many years of working with companies like Bethesda and The Pokemon Company — they also worked on the Pokemon Trading Card Game — Eternal was the first step for Dire Wolf to start making the kinds of games they’ve always been passionate about, but with their own universe.

“It's a tremendous opportunity for us to work with some of these established IPs, publishers, and brands,” Matt Hudson, Director of Marketing at Dire Wolf Digital, explained on the showroom floor at PAX East. “There's a real excitement that comes when you get to play in somebody else's sandbox, especially something that's as well established as [the] Elder Scrolls [games] are. What we found with Eternal was, when you get to make your own sandbox, and then play in it, you have a lot of freedom — there's a kind of care and preservation and respect that we bring to all of our partner projects. The chance that we get with Eternal is to be a little bit looser and a little bit wilder, to some degree, with our storytelling and our character development and our IP.”

Dire Wolf’s original ideas weren’t just contained to digital spaces, either. Hudson confessed that the runaway success that the studio has enjoyed with Clank was the result of an inside joke. “The designers really wanted to do this,” he said amiably. “So, we let them. It was meant to be a bit of a lark, but then [Clank] sort of ran away and did its own thing.” Clank is rated 61 on Board Game Geek’s list of top 100 board games and has enjoyed a good deal of critical acclaim from tabletop enthusiasts and critics alike. When asked about what’s next for Clank, Hudson smiled and merely said, “We need to focus on Eternal for the time being. That’s where our hearts are.”

Dire Wolf recently parted ways with Bethesda and the excellent work they did with Elder Scrolls Legends, entrusting its legacy to Sparkypants Studios.

“We began working with Bethesda on development of Legends over seven years ago with an ambitious goal: create an awesome next-gen digital card game that captures the spirit of one of the most beloved franchises of all time,” read Dire Wolf’s news post about their seemingly amicable split with Bethesda. “Our partnership brought together Dire Wolf’s deep expertise in strategy card games with Bethesda’s unbelievable IP, and the result is – if we say so – a game that kicks some serious ass.”

With Clank shelved for the moment and Elder Scrolls Legends passed onto the next studio, Dire Wolf is free to continue to develop their own digital card game, Eternal. I spent a bit of time with it and while it’s similar to Hearthstone and Elder Scrolls Legends, while somehow being reminiscent of Magic: The Gathering, it’s wholly its own game. It’s not reinventing the card-covered wheel or anything like that, but it’s a solid system that continues to evolve as Dire Wolf spends more time in the Eternal ‘verse.

“With Eternal, you've got giant sort of stone sentinels from another age, and also gunslingers and wizards and dragons and ninjas,” Hudson remarked when asked about the flavor of Eternal’s lore. “You know, it's sort of the kitchen sink. We call it six guns and sorcery: a slightly wackadoo world where's a lot of stuff going on.

“It's really fun for us to be in the trenches of that IP creation and that kind of generation, where in some of our other games, where we get a lot of exploration on the mechanical side, like what the cards do and how they interact. But [when] we're working within an established IP, an established universe, that has its own expectations. It's a very different process that goes into it, and I do think that the desire to tell those kinds of stories and create characters and really explore a world and discover it as we go is one of the things that's really appealing about Eternal for us.”

Eternal’s mish-mash of “six guns and sorcery” is a strange bedfellow after seven years of work with Bethesda and getting their hands dirty in Elder Scrolls lore. But Dire Wolf’s dedication to asking the question “wouldn’t it be cool if we could…?” is part of what keeps them interested in their own work. Ready At Dawn’s creative director Ru Weerasuriya has spoken about staying invested in your own work through that "creative ADD." In a GamesIndustry.biz interview with our EIC James Brightman, Weerasuriya said “that it's not a deliberate choice per se, but his studio always gets caught up in the next new idea.”

Rami Ismail, co-founder of Vlambeer and outspoken indie game advocate, commented at a PAX East 2018 panel on the importance of staying connected to a game both during development and after launch. “Knowledge, money, and motivation for game development. You can run out of any of those at some point,” Ismail said during the panel. “Passion runs dry at the end of the project (or dealing with a community that turns on you). But that’s after you make the game.”

Staying committed to the vision of an original IP when you’ve spent a long time creating in other worlds is a challenge, of course. Todd Hollenshead of Nerve Software, another game development studio actively moving away from work-for-hire projects, reminded me that “everything is a bit of a risk because you have limited options.” But Hudson was clear about why Eternal has become what it is.

“For us, it really began with a kind of roughing in of the key themes and the things that inspired us and then going from there,” Hudson noted. “We knew some of the stories that we liked or that we had a particular affinity for graduated strongly toward themes of politics and intrigue and machinations of things like that, and we're fans of pop culture, of popular media, of things like Westworld and Game of Thrones and the Dark Tower and Chronicles of Amber and things like that in fantasy and western fiction. The thing that we got really excited about is the kind of family-driven version of things that are rooted in struggle and power and politics and how that then manifests in a world where you might have a dragon crash through the wall of your saloon, and kind of starting from there.”

It seems wild and wacky, but Eternal’s “everything and the kitchen sink” worldbuilding seems to just… work. It doesn’t take itself too seriously, which tends to be the issue among the more established fantasy universes that developers can play in. Hearthstone is irreverent, of course, but if you asked Magic: The Gathering to embrace Eternal’s playful side-eye, the community would be up in arms. Eternal is anything but buttoned up.

“[We ask ourselves questions like] what would happen if this clan of owl men just show up in this old west town?” Hudson said with a smile. “It's like we're inside a sort of RPG campaign where literally, it's like, what's over that hill? I don't know; we better go find out.”