Oculus sets its sights on the Nintendo Switch with Quest 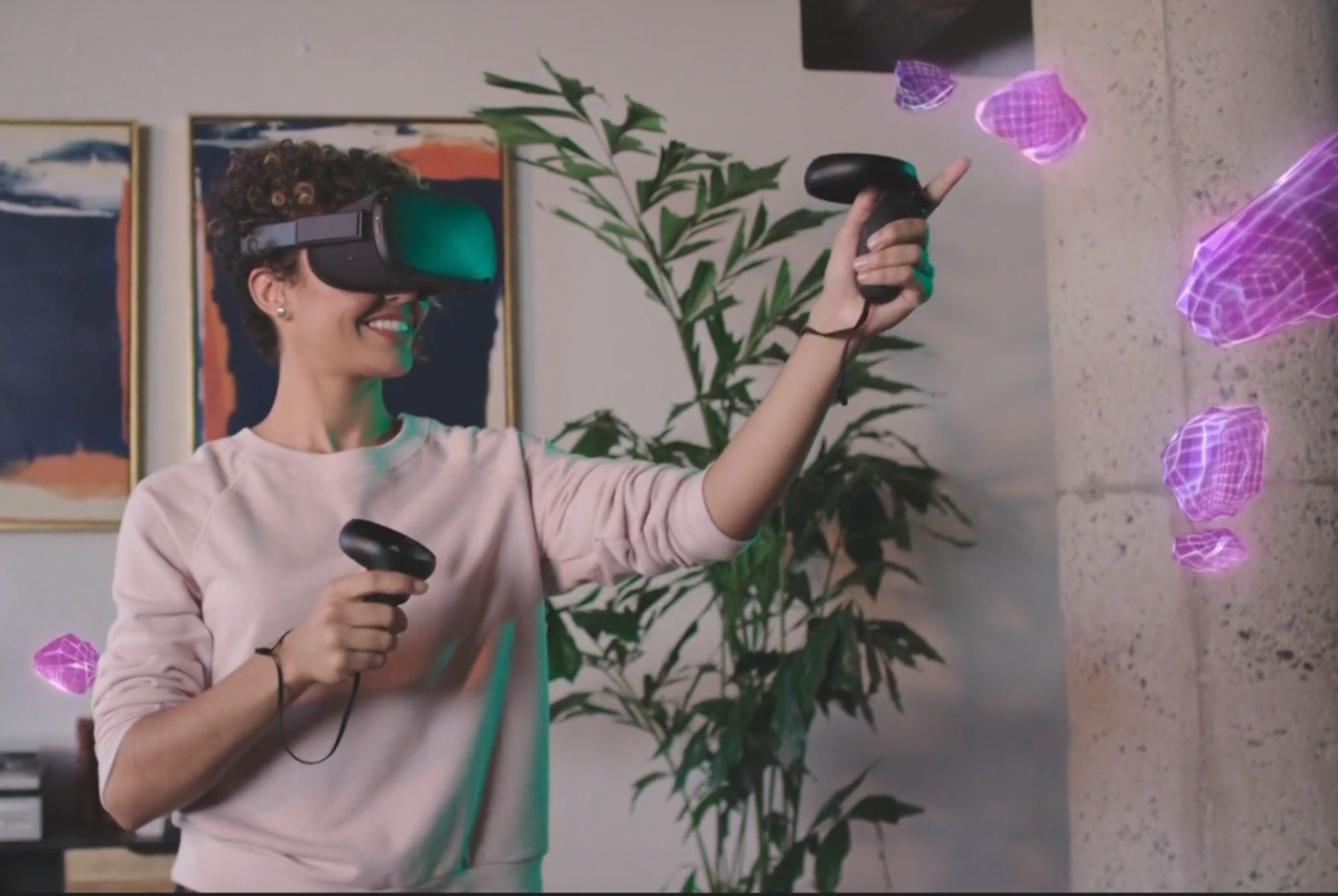 During this year’s Oculus Connect 5 event, Mark Zuckerberg unveiled the Oculus Quest, a new VR headset looking to toe the line between the high-end Rift and the budget-focused Go. The Quest is a standalone unit with a $399 price tag that will launch sometime in the spring of 2019. During his keynote address, Oculus Chief Technology Officer John Carmack said that he and his team have some serious ambitions for the Quest; most notably, they see it competing with the Nintendo Switch.

Carmack said that he imagines the Quest as a sort of secondary gaming device, something that people can pick up and play when they’re not using their primary console. “I think we’re going to have people say ‘I’m a gamer, I’ve got my brand of choice for the main console,’” he said. “‘I’m going to pick up a Quest as a mobile device,’ very much like the Switch is right now.”

Because the Quest is a standalone device, meaning it doesn’t need to be tethered to a high-end PC in order to function, Carmack hopes that it will appeal to an audience similar to the Switch’s. The tradeoff is that the system specs of the Quest will be a bit lower than the Rift and more in line with the Switch. While Carmack doesn’t see the core experience of Quest games changing due to the lowered specs, he admitted that conceits need to be made for software to run smoothly on the platform. “I do stand by the statement that I made that the core magic of any Rift experience can be brought to [the Quest],” he said. “But you can’t ignore the level of processing power differences.”

If the Quest hopes to compete with the Switch, it’s going to need to bring the games. At the Connect event, Oculus announced that the Quest will boast 50 titles at launch, including VR darling Moss and a new Star Wars experience that focuses on Darth Vader.

Oculus is setting the price for the Quest at $399, an interesting choice given the Rift also retails for that amount (after a significant price drop last year). It’s clear that Oculus is targeting a different audience with the Quest, let alone the Go, which launched this year. Given the Switch’s sales numbers, and the relatively small installed base (and market buy-in) that VR as a whole has to contend with (let alone Oculus on their own), Oculus has its work cut out for them. SuperData reported in July that VR headset sales dropped by 50 percent year-over-year, after all.

But if the Go is any indication of the company’s ability to move headsets under pressure, perhaps the Quest will surprise us all.