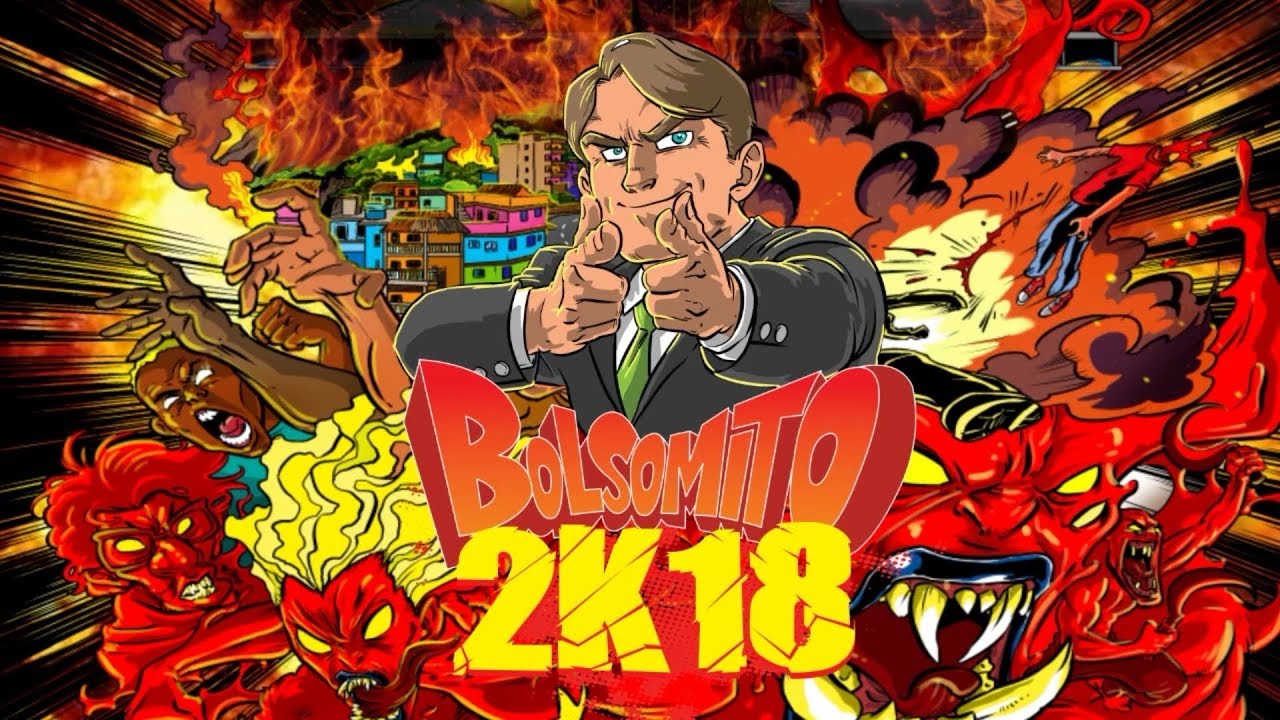 Depictions of politically motivated violence and video games are nothing new. Wolfenstein: The New Order and The New Colossus literally ran an ad campaign featuring not-so-subtle allusions to a new wave of neo-nazis in America, but violence that references real world candidates is a giant can of worms for any company (or national government). Valve is about to find out just how giant, as the Brazilian government has launched an investigation into the video game seller, according to an original report by Eurogamer.

That can of worms is known as Bolsomito 2K18. Released on October 6 (less than 48 hours before the first stage of the Brazil election), Bolsomito 2K18 is a beat-em-up in the vein of Teenage Mutant Ninja Turtles or The Simpsons, albeit with seemingly less production value. You play as Bolsomito, a man who’s not explicitly called a politician in any trailers or promotional text, but who certainly has the quaffed hair and sharp suit of one. The Steam description of the game calls Bolsomito “a good willing citizen who has had enough of the growing corruption and inversion of values that plages [sic] his society.”

The description goes on to say that his primary goal is to eradicate the leaders of the Red Army, “which are responsible for alienating and indoctrinating a large part of the nation in order to convince them to defend and fight for their horrendous causes.” The game itself features Bolsomito punching random people (many of whom appear to be people of color, women, and LGBTQ folks) on the street before seemingly getting ready to run a group over with a semi-truck. Some basic graffiti can be seen saying “pirataria e coisa de esquerdista,” which Google Translate says means “piracy and leftist thing.”

Brazil’s presidential election is still ongoing, and many signs point to candidate Jair Bolsonaro being the favorite to win against Workers’ Party candidate, Fernando Haddad. Bolsonaro has been called “Brazil’s Donald Trump,” and for good reason. Casting himself as a political outsider, Bolsonaro has made discriminatory comments against the LGBTQ community and women, as well as saying Afro-Brazilian communities 'aren't even good for breeding anymore.'

Bolsomito, the game character, is an obvious reference to Bolsonaro and his vocal disdain for minority and/or leftist communities. The trailer for Bolsomito, illustrated in an action comic book style, depicts Bolsomito’s enemies as red-tinged, demonic creatures, with one woman sporting what looks like the Communist flag star on her breasts.

The developer, BS Studios, only has one other game called Platform Challenge available, and it’s currently not clear if it has any tangible political connections.

Brazil’s Public Ministry of the Federal District and Territories (MPDFT) has opened an investigation into the game and BS Studios, as well as Steam and Valve. The MPDFT says (via Google Translate) that the purpose of the investigation is to “investigate the availability of the game Bolsomito 2K18, created by BS Studios and distributed by Valve Corporation (Steam).” The document states the investigation was prompted by the game’s release shortly before the election and “the game is clearly intended to undermine a candidate for the Presidency of the Republic and thereby embarrass the 2018 elections; Whereas the game causes damage collective morals to social, gay, and feminist movements.”

The document goes on, saying: "On tense days with an election extremely polarised in progress, a game developer has created a game that promises controversy. In the animation, the player places himself in the skin of the PSL to the Presidency of the Republic, Jair Bolsonaro, and earn[s] points by killing militants, gays, feminists and members of landless movements."

The MPDFT says it will instruct Valve to “cease the availability of the game Bolsomito 2K18 on their gaming platform," and "identify and qualify those responsible for BS Studios".

GameDaily has reached out to Valve to see to what extent (if at all) they’ll be cooperating with Brazilian authorities, but the company did not immediately respond. It’s unclear if Valve has the legal right (or even just the capability) to give information on BS Studios.

It’s also unclear why the game didn’t meet Valve’s criteria of “illegal” or “straight-up trolling” that Valve’s Erik Johnson set back in June.