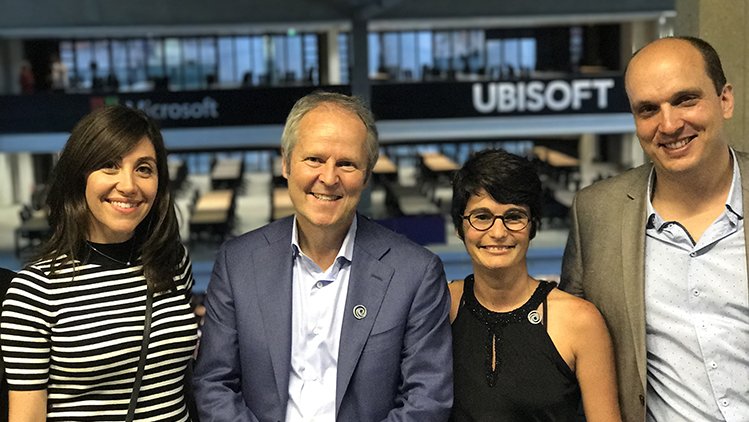 Ubisoft’s announced the latest round of its startup program for entrepreneurs at the world’s biggest startup campus Station F. Startups from around the world who specialise specifically on artificial intelligence and blockchain technologies are encouraged to take part in the program, running from January 2019 to July 2019.

Now heading into its third season, past successful applicants have created stuff based on VR, AR, and the blockchain. Those who want to join the upcoming edition of the program can do so here. The closing date is November 15.

“These technologies are revolutionizing the way we live, the way we work and the way we entertain. Algorithms and AI have always been core to the gaming industry, and Ubisoft in particular has been exploring for some time new possibilities offered by AI and machine learning to improve the way we craft games,” said Start-up Program Director at Ubisoft’s Strategic Innovation Lab, Catherine Leys.

“At Station F, Ubisoft wishes to support entrepreneurs using AI, machine learning and deep learning to creatively improve the entertainment experiences themselves. In the same vein, Blockchain allows Ubisoft to recognize and show the value gamers bring with their contributions to the community, and the content they create.”

Startups who are successful will gain access to a six-month program tailored around them that will give them access to experts within Ubisoft and its partners across the globe.

Ubisoft continues to be a force of innovation in triple-A gaming. They’ve demonstrated their dedication to not just supporting AI and machine learning, but using it in their products and in their production pipeline.

Their AI chat system, SAM, debuted earlier this year to help players better understand their own playstyles and support them in the games that they love to play. During a private presentation at GDC, Ubisoft highlighted how machine learning and AI have helped streamline the motion-capture process, shaving off precious hours of clean-up time and leaving it to the algorithms.

It comes as no surprise that Ubisoft is showing an interest in blockchain technology, which could become an asset as the publisher continues to shift toward live services. By funding startups that are exclusively focused on blockchain, Ubisoft has set itself up to hire (or acquire) the cream that rises to the top at the end of the incubator.