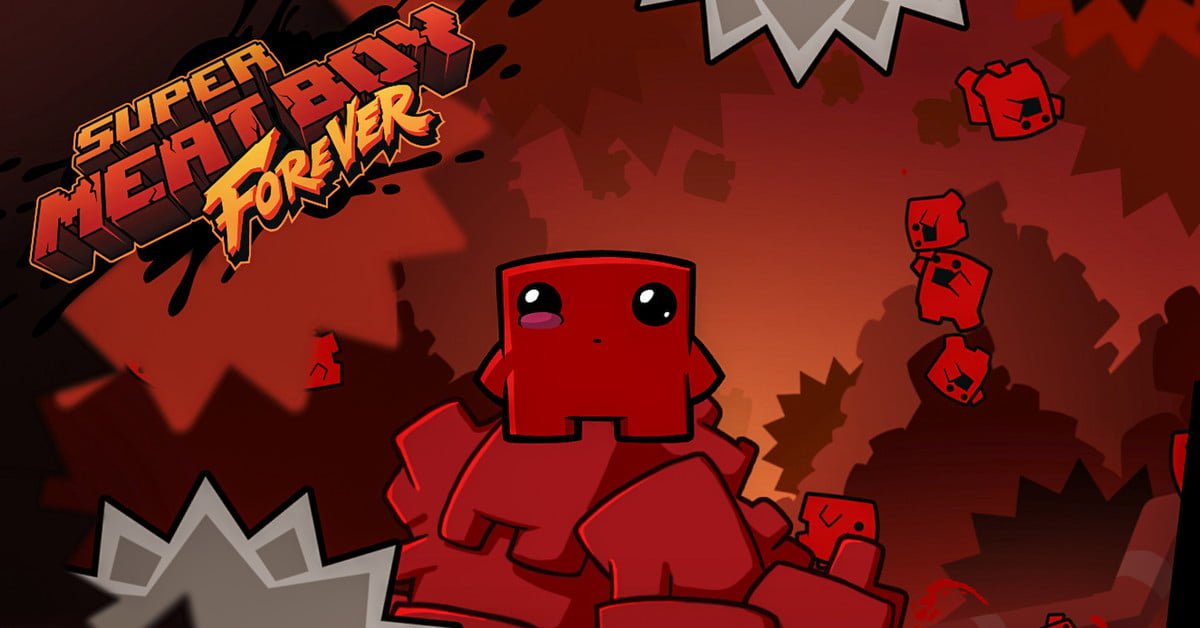 It’s been eight years since we saw Meat Boy, Bandage Girl, and Dr. Fetus anywhere near a modern console; almost a whole decade of press asking co-creator and designer, Tommy Refenes, when the sequel (Super Meat Boy Forever) was finally going to come out. And, in his own way, Refenes is somewhat sheepish about how long the game has been in development.

I asked him that same poignant question when we sat down to chat at PAX West this year: why is this game taking so long when you created Super Meat Boy for Newgrounds in 2008 in three weeks?

In short: Refenes has a family. He’s married now with a little one at home.

Back before Super Meat Boy took hold of Newgrounds, before it found a home on Xbox Live Arcade in the days preceding ID@Xbox, Refenes and co-creator Edmund McMillen (who has since gone on to create The Binding of Isaac and is no longer part of Team Meat) lived and breathed their work. They were the epitomes of indie crunch in the days before indies had really caught on with the mainstream.

“I didn't have a life,” Refenes said, a hint of dismay briefly passing across his face. “I had zero life. I didn't have a car, I slept on the floor while staring at my cats because I was so tired. My parents would bring me meals.”

The game was his entire life.

And while Refenes’ need to unplug from the unhealthy development cycle he found himself in was a big part of the answer to Super Meat Boy Forever’s endless development process… it wasn’t the whole story. A seemingly bitter legal battle, that Refenes could only describe as “over” (he’s unable to get into details), had been plaguing Team Meat for a number of years. And as of 2017, it was finally dealt with. Team Meat wasn’t just a cluster of mismatched people in a frustrating melange of development issues: it was finally going to be a business.

“Whenever somebody's building a business with their friend, or close acquaintances or something, or if it's handshake agreement, like, ‘Yeah we're gonna make this. We're gonna go.’ Get a lawyer first. It's gonna be weird, but you're gonna have to sign stuff with your friends.

The legal miasma surrounding Team Meat might be behind Refenes, but it’s heavily influenced how he approaches business and what advice he gives out to students who ask him, “Hey, how do I get started in the game industry?” He recommends against going to school for programming and instead getting a business degree, insisting that that’s where the value in education is.

“[Where] Indie games now are, it can be a hobby but if you want to make money, you have to run it like a business.”

I asked Refenes to consider the indie landscape today — with ID@Xbox, Steam, Nindies, etc. — and to speculate as to whether or not he’d do anything different about Super Meat Boy, the development process, and how Team Meat handled dealing with publishers.

“I think we would do pretty much the same [things],” Refenes said, laughing. “It doesn't feel like we would do anything really different here in order to try to succeed with it. I actually think it would have been easier to do now, because there are so many different avenues for funding and promotion. We fought tooth and nail to get our Xbox 360 [kit]. Now, they just throw those at you.”

Back when indie developers needed publishers to back them up in order to find purchase on platforms like the Xbox 360 or the PlayStation 3, Microsoft wasn’t all that keen on Super Meat Boy. They figured that “Meat Boy’s not going to do well, but Comic Jumper is gonna be great.” Comic Jumper: The Adventures of Captain Smiley was a Twisted Pixel endeavor, published by Microsoft Game Studios. It was fairly well received, but didn’t make any real waves, whereas Super Meat Boy sold like wildfire and inspired a whole genre of “masocore” games.

“I feel like now if we were in that exact same situation [the Xbox execs] would go, ‘No, we need to give all the promotion to Meat Boy, because that is the keystone there,’” Refenes continued. “They thought it was a fluke. We had the same producer as Castle Crashers. We talked about it, and they're like, ‘Why don't they just listen to what he says?’ Because he gave them Braid, he gave them Castle Crashers. He gave them [us].”

It was an uphill battle the entire way for Super Meat Boy to get onto the Xbox 360. To get coveted Xbox 360 dev kits, “it was either pulling teeth or dropping cash.” The hustle, as Refenes called it, was real. But at the end of the day, because they didn’t have a solid deal with Microsoft, Team Meat was a free agent.

“I had built a PlayStation 3 version of Meat Boy and I had it ready, [so] I sent it to Sony,” Refenes said, shrugging slightly. “When we were talking to Microsoft, I was like, ‘Yeah, if you guys say no, we’re gonna go to Sony.’ They didn't like that. They were like, ‘No, we'll get you.’ And the contract was ‘You can't be [on PlayStation].’ I was like, ‘Yeah sure, whatever. I just want to be on Xbox 360. I'll sign whatever you want.’”

Refenes doesn’t regret signing on with Microsoft and distributing solely on Xbox 360. It was what he wanted. But his willingness to sign whatever they put in front of him was one of those legal mistakes that ended up turning out okay.

Team Meat is whole for the first time in a long time after the drawn out legal dispute. Refenes isn’t eager to let business run away with him again. He doesn’t make big business decisions on handshake agreements anymore. He’s seen firsthand what the result of that is.

“My lawyer --  and I love my lawyer -- put it to me the best way,” Refenes said. “I was recently doing something with a friend, but we had contracts and everything. And my lawyer, Tom, was like, ‘This is not a great contract. I know you're friends with him. But any contract you sign you have to imagine the person you're signing it with dies tomorrow.’

“You have to imagine they are out of the picture, because they could. And then if you've signed something that you just signed everything away, and you're like, ‘No, it's cool because it's my friend Bill. He's not gonna screw me.’ It sounds scarier than it is, but if you just lay it out and you're like, ‘This is what you’re gonna do. This is how much you're gonna get paid. This is how we’re gonna split up equity.’

“You do it in the beginning, then you don't worry about it.”

The climate of the industry runs in stark contrast to where things were almost a decade ago. Just as social media was getting its footing, Team Meat’s flagship game was shipping on Xbox Live Arcade. They weren’t necessarily in the throes of the toxic social media culture that has cropped up since late 2014. I asked Refenes how the community has reacted to the pared down control structure in Super Meat Boy Forever, which now only uses two buttons. Are there trolls in the Meat Boy community, too?

Well, yeah. But Refenes has no patience to deal with them.

“The internet troll has no way to express themselves,” Refenes ruffled. “They're not creative people, they're not generally pleasant people. The only outlet they have is trying to [push] their will or their frustration out on to others. So, their form of expression is tear something down. They're not creators, they're destroyers.”

Refenes was told that Team Meat ruined the game. “It’s a mobile game now,” they decried.

“No, it's not a mobile game,” Refenes said, rolling his eyes. “It's a two-button game, but if you haven't played it, shut the fuck up.”

Super Meat Boy Forever is slated for a 2018 release on all major platforms, including mobile and Nintendo Switch. Refenes wouldn’t comment on whether or not the game would be delayed again to next year, instead saying simply, “It’ll be out when it’s out.”

While Rockstar may not have encouraged the 100-hour workweeks that some people forced themselves into during the development process for Red Dead Redemption 2, they certainly didn’t say no. But Refenes’ kind of attitude, putting the integrity of the project first and ensuring that crunch doesn’t destroy your creative team, is a refreshing perspective. It shouldn’t be, but it is.