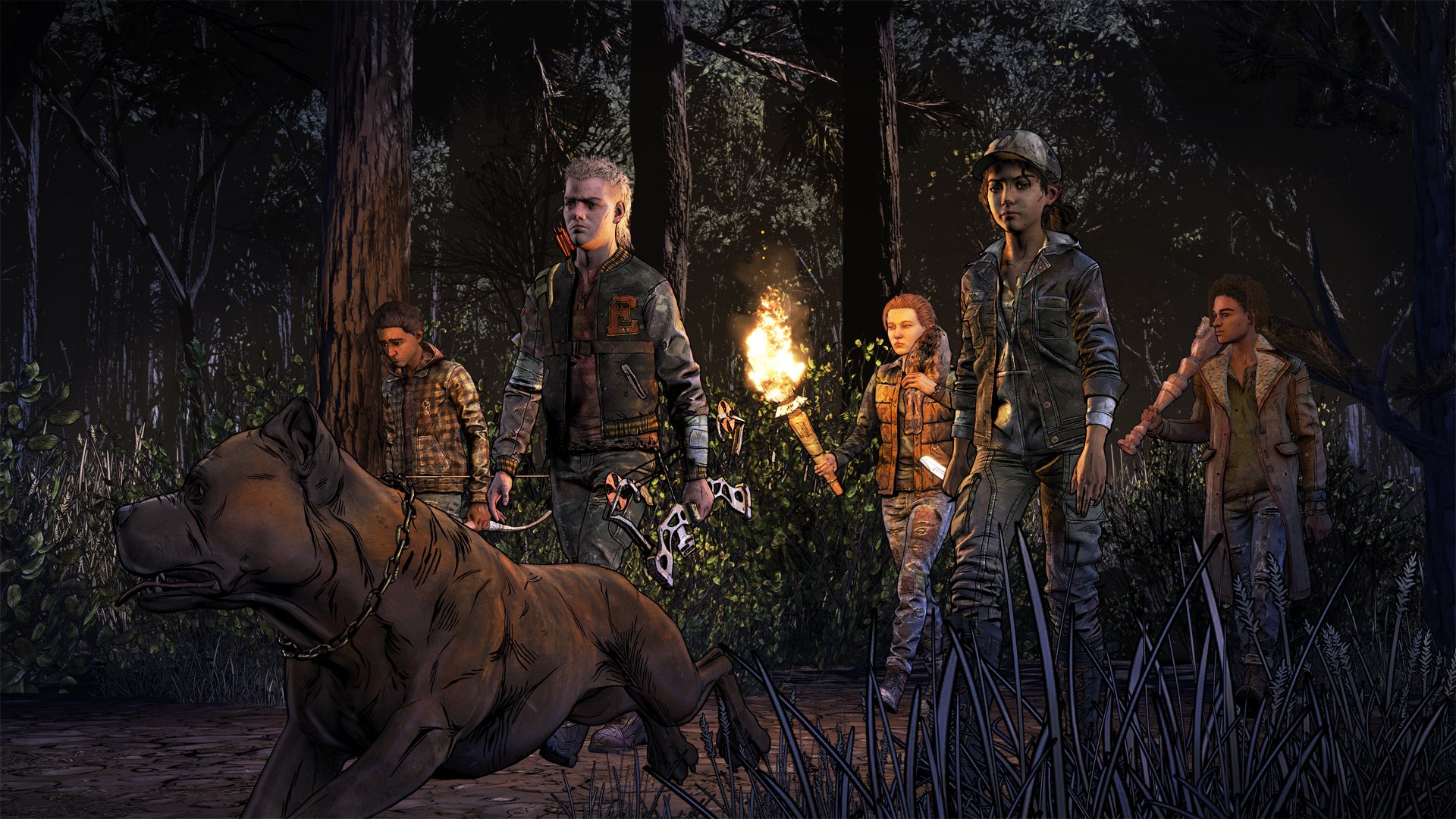 Skybound Games is set to produce the final two episodes behind The Walking Dead: The Final Season, and the company’s CEO wants to release the third episode before 2019 arrives, according to an AMA on Reddit. He also wants the game to be finished by “100 percent” ex-Telltale developers.

Skybound Games' CEO Ian Howe and The Walking Dead: The Final Season's creative director Kent Mudle answered fans' questions  on r/TheWalkingDeadGame Wednesday, and the two fielded questions on everything from the game's production to Skybound’s deal with Telltale.

For one, Howe confirmed the game is not currently in production yet, so it's impossible to give specific information on a release date or launch window. Instead, he vowed to tell the public "immediately" when the company had a release date, although he believes Episode 3 should be out before the new year arrives.

"OK, given that you guys have been so supportive and patient, I'm going out on a limb and will say yes, I fully expect Episode 3 to be this year and I'll be very disappointed if we can't make that happen," Howe said in the AMA.

Howe also explained that Telltale employees will be "working directly" for Skybound to develop the game, although it remains unclear whether Skybound Games will hire these developers or pay them as contractors. That said, Howe stressed that bringing on Telltale staff to develop the game is a fundamental priority.

“The plan is for it to be staffed 100 percent by former Telltale staff, the only time we'd look elsewhere is if we can't fill a particular role from former TT people,” Howe confirmed during the AMA.

Howe also opened up about some of the complications involved with bringing former Telltale staff on to finish the game. For one, Telltale Games is located in California's Bay Area, whereas Skybound is situated in Los Angeles. As Los Angeles is over 350 miles away miles away, commuting would be impossible for plenty of former employees, so Skybound is trying to find a "practical" workspace for the former Telltale developers to work on the game.

“In the development of any game, it's often not a fixed team, people roll on and off of projects all of the time depending on where the game is at in it's development cycle and this is no different,” Howe said. “So, that means there are people who were on the team who were close to rolling off onto something else, it's unfair to ask someone to come back and do a couple of weeks work, especially if that would get in the way of another job offer, so this is just one example of some of the challenges we face.”

It’s clear Skybound has its eye on keeping the original team together as much as possible. For one, Mudle revealed that he plans to ask Jared Emerson-Johnson, the game's composer, back for Episode 3 and Episode 4, and that Telltale's team "had already made some of the [Episode 3] tracks before Telltale shut down." Howe also said that Skybound Games has contacted "most, if not all" of The Walking Dead's development team and that he "met most of them personally last week.”

For the time being, it seems fans will simply have to wait for Skybound Games, Telltale Games, and the latter's former developers to finalize its plans before more details are available on The Walking Dead: The Final Season. As for whether Skybound Games will create more adventure game titles in Telltale's vein, Howe teased that he is "a fan" of choose-your-own adventure stories like Telltale’s, and that it's "a good bet you'll see other games from us in the future that aim to tell great stories.”

“I really want to investigate different ways of telling great stories in games, so I think you'll see some cool stuff from us in the future,” Howe posted in the AMA.