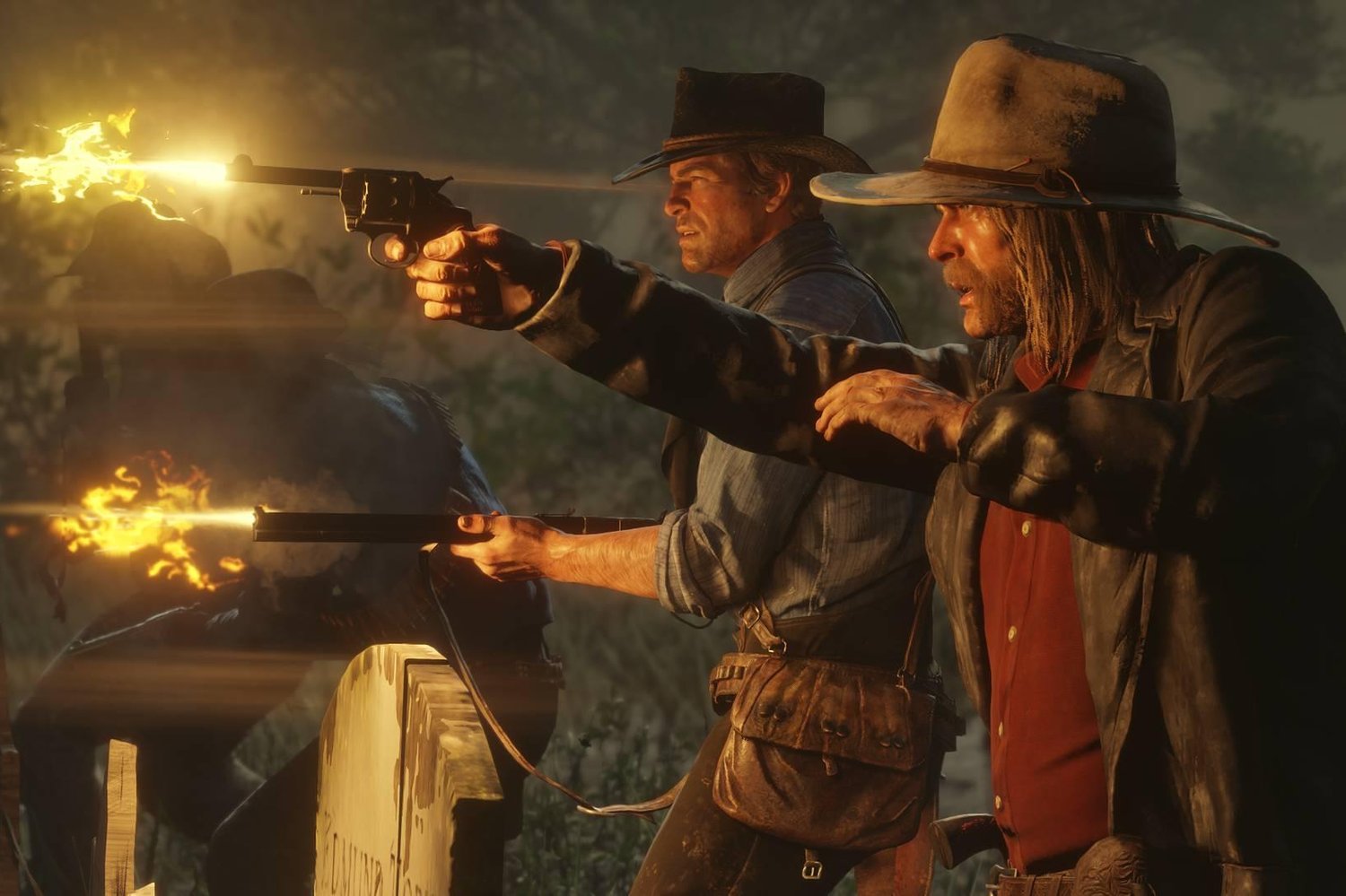 Rockstar Games co-founder Dan Houser recently stoked a heated conversation about industry crunch when he casually told Vulture that his team was working 100-hour weeks to complete Red Dead Redemption 2 (which launches this Friday). Houser later followed up to say that only he and a few writers put in those hours and that no one is ever forced to crunch like that at Rockstar. Now, however, Kotaku has published an eye-opening report that paints a very different picture of the studio's atmosphere and professional culture.

Despite Rockstar opening the doors for employees to comment about their work on social media, which enabled some to come to the defense of management, a number of the anonymous employees that Kotaku spoke with lamented the situation they were in and how Houser framed it in his interview.

Rockstar San Diego may have seen the worst of it. Kotaku cited three people who worked there between 2011 and 2016 who stressed that they absolutely were forced to put in overtime on Red Dead Redemption 2. It simply wasn't an option.

“It was mandatory 80 hours for basically the whole studio,” said one employee. “If you don’t have any work to do on Red Dead 2, just test GTA V for another eight hours.”

Another San Diego employee remarked, “Maybe they didn’t tell anyone 100 hours, but they definitely told us 80. Concept artists were sitting there being glorified QA.”

Crunch can definitely take its toll on any individual, whether or not that person is missing time away from spouses and family. And even if an employee isn't explicitly told to crunch, it became clear to many at Rockstar that there would be no opportunities for career advancement if they didn't put in the extra hours.

“The idea that Rockstar cares about its employees and their health is laughable,” said one former San Diego employee who left during production of Red Dead Redemption 2. “I was pushed further into depression and anxiety than I had ever been while I worked there. My body was exhausted, I did not feel as though I was able to have any friends outside of work, I felt like I was going insane for much of my time there and I started drinking heavily… Now, I have heard from some friends that are still working there that some improvements have been made, but Dan’s statement about crunch being optional is ridiculous. It is optional if you want to lose your job or never move forward in your career.”

And as bad as what Kotaku's Jason Schreier discovered is, he actually felt compelled to leave some horrific stories out of his writeup. Much like abuse victims who are afraid of their stories being publicized, some of these overtime workers needed to be protected completely without any hint of their personal dealings seeing daylight. As Schreier wrote, "Many of the most harrowing stories shared by current and former employees—anecdotes of damaged relationships, mental breakdowns, and heavy drinking at work—were impossible to print without risking that the individuals involved might be identified. Given Rockstar’s complex non-disclosure agreements and possible repercussions for violating them, we erred on the side of being as cautious as possible in this piece, which meant leaving out some of the roughest details we’d heard."

With a company that employs thousands of people across five countries, it's no surprise that experiences can differ wildly from individual to individual. Not everyone had to crunch. Some put in a few extra hours here and there, whereas other may have averaged around 60 hours per week. Kotaku said the worst of it affected the cinematics team, the design team, and the quality assurance team. The consensus from some of the employees, and indeed from Rockstar itself, is that there absolutely was a massive problem at the company during the first Red Dead Redemption, when a number of wives complained about the overtime their spouses put in nearly nine years ago, but that the company has started to change its ways.

Jennifer Kolbe, who oversees all of Rockstar’s studios as head of publishing, said she actually used to come into the office nearly every weekend until around two years ago, when she had a child. “I don’t know if I was inadvertently sending a message to people that because I was here, they needed to be here,” she said. “Now that I look back, I don’t know. I would’ve hoped they would’ve stayed home so I could get my stuff done.”

She added, “I think we’ve realized that [crunch is] not sustainable, but I don’t necessarily think we realized it through burnout. I think we’ve realized it through having children, because I think that naturally means you’re going to work less hours. I think even for the people who don’t have children, who have gone through crunch periods on other games, they approach the game they then go onto next a little differently. Because no matter who you are, your health is a concern to you. I think everyone approaches each new project with the goal of: It’s got to be better than what I did last time.”

Kolbe also believes that younger Rockstar employees are helping to shift the culture: “We’re dealing now with the generation after mine. They have very different ideas about work-life balance than my generation has, and they are bringing that into the company, and I think that’s a positive thing. They probably think we’re all crazy, but I think it actually has changed our ideas of how you can work.”

Some of the employees that Kotaku spoke with described the situation as something akin to Stockholm Syndrome. Rockstar knows it needs to do better if it wants to employ the best talent in the world and not have a PR nightmare on its hands. To that end, the studio did issue a public letter on the Red Dead website to thank its thousands of employees and effectively list the game's credits in a very public manner. It's a clear attempt by the studio to repair an image that's been severely tarnished right before the launch of one of the most anticipated games of the decade.

"Red Dead Redemption 2 has been a massive project spanning many years and multiple teams, and we are extremely proud of the work of the entire company in bringing this game to the world. We would like to extend our sincere thanks to all those whose contributions both big and small, assisted in the journey along the way," the website states.

Perhaps Rockstar decided to thank its employees with the letter since the company has a longstanding policy of actually not listing everyone in the credits of a game. If an individual leaves before the project is done, they don't get mentioned. “That has been a consistent policy because we have always felt that we want the team to get to the finish line,” said Kolbe. “And so a very long time ago, we decided that if you didn’t actually finish the game, then you wouldn’t be in the credits.”

It's not clear if Rockstar intends to change this credits policy for its future games, but a little goodwill can go a long way. People who've worked hundreds, if not thousands, of hours on a game naturally feel they deserve a mention in the credits even if they didn't stay until completion. The good news is that Rockstar understands the need for change. In fact, Rockstar North co-studio head Rob Nelson sent an e-mail to everyone that effectively acknowledged management was looking to improve “the way we approach development at this scale” and promised that people could offer feedback without being targeted. "He reiterated an offer he made last week that if any of us wants to talk to him, he’s happy to do so,” said a current employee to Kotaku, “but everyone I’ve spoken with is still afraid to open up.”

Rockstar is a behemoth, and change can take a long time to be realized. Hopefully, the events of the last few weeks and the stories we've now read from developers have planted the seeds for change, not only with Rockstar but across the games business.