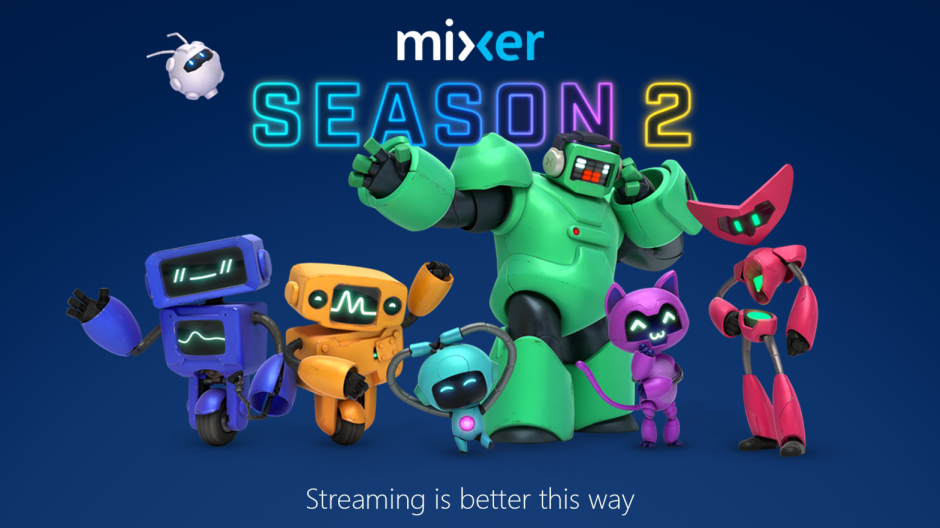 Mixer Embers, the paid virtual currency that Mixer originally announced on November 1, 2018, are now live on iOS and Android. They will roll out to Windows 10 PC and Xbox One on Monday, January 21. Mixer detailed what Embers are in their latest blog post:

"Embers are a virtual currency on Mixer that you can purchase and then spend on premium Skills, including animated Stickers and full-screen Effects. With these premium Skills, you can also add a custom message that will be prominently highlighted in chat, helping your message stand out within the Mixer community. For Mixer Partners, Embers provide new monetization opportunities by enabling a more direct form of patronage with bigger cash rewards."

Part of Mixer's dedication to community has been in making sure that partnered streamers have better access to their audience and that their audiences can contribute to their favorite streamer's livelihood in small ways. Instead of subscribing, fans can buy Embers and use them on skills in their favorite streams. The skills are adorable things like custom messages, which seem like it would be meaningless in the long run, but giving audiences a voice in a stream (and fun things to do while they watch and engage) is integral to building communities that last.

At the core of Microsoft's streaming platform, Mixer, beats a technological heart fueled by community. That heart beat long before it was folded into Microsoft -- back when it was Beam.io -- delivering "faster than light" streaming that had almost no latency. In the short two years since Matt Salsamendi and James Boehm sold their TechCrunch Disrupt darling to Xbox, Mixer has grown to 20 million users, as of June 2018. Today, Mixer's "Season 2" announcement has revealed more ways for streamers, their audience, and Mixer at large to connect with one another.

That connection to community and inclusivity is what sets Mixer apart from YouTube Gaming and Twitch, both which have notoriously toxic communities. With these new features, Mixer is encouraging positive interaction between a streamer and their fans.

"From sending Stickers and GIFs, launching celebratory Effects like fireworks and confetti, or rallying the community to keep digital beach balls bouncing, Skills provide completely new ways to express yourself while watching a stream," Mixer wrote in its announcement blog post. Reaction GIFs are an important part of online expression and because of Mixer's dedication to community, it was inevitable that these interactions would eventually be folded in. And that digital beach ball party is definitely an extension of games people play in lines at conventions like PAX. (Speaking from experience, of course.)

A partnered streamer's fans aren't always going to be able to contribute real monetary funds to support said streamer. Instead of that potentially alienating fans, Mixer has created an alternative: sparks. Mixer is rolling out sparks as a currency throughout the course of their Season 2 platform features, but the ability to earn sparks as a fan is already there. Those sparks are a direct incentive for the streamer, because it earns them cash, and once sparks are fully implemented for community, it'll allow them to purchase "high-value Skills" to use.

(Because who doesn't want more GIF reacts to go with their fave channels?)

Levity aside, Mixer's explosive growth is due in part to their single-mindedness in approach. The tech has scaled remarkably, partly because of how Beam.io was designed and implemented, and mostly because of Microsoft's financial and technological investment in the platform. The original Beam.io team was 24 people when it was acquired in 2016. These days, that team includes engineers, product success, PR, community management, partner relations, developer relations, and many more -- in short, the Mixer team is much larger than 24 people.

Mixer's ubiquity across Microsoft's gaming platforms, including Windows 10 and Xbox One, hasn't quite made it the household name that Twitch is, but it's fast approaching critical mass. Streamers are abandoning toxic communities in droves for the greener pastures at Mixer.

"When we started Mixer, working with streamers and working with content creators, one of their key feedback points was wanting to know what’s going on with the platform," Boehm told reporter Julia Alexander in an interview at Polygon. "'We want to understand the rules, we want to understand what we can and can’t do.’ When we took to drafting our conduct and terms of service, we wanted to make it really clear what was okay and what was not. That way we could build a community that everyone could partake in; they knew the rules, knew how to behave."

Outside of the "FTL" latency Mixer boasts (and rightly so), this is the heart of its success: commitment to growth that doesn't ignore the need to set limits for the community. And as Mixer's numbers continue to explode -- it grew from 10 to 20 million on the span of 6 months -- it's only a matter of time before Mixer cements itself as more than just a scrappy startup that found its wings with Microsoft and Xbox.