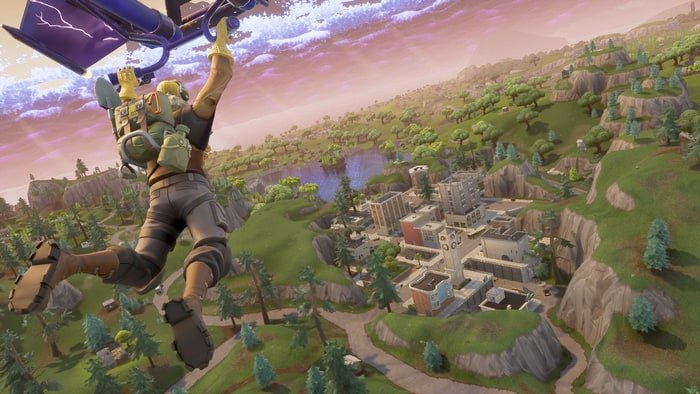 Should development platforms be open to all or closed off and restricted? The debate has raged in the tech industry for ages, with plenty of arguments for both sides. Apple’s famously closed system, called a “walled garden,” hasn’t impeded it from making billions of dollars from apps and services, and according to some, requiring everyone to use a central storefront helps prevent malware and other threats.

Open platforms, like Android and Linux, give developers freedom, letting them circumvent a proprietary store and release their software into the system without restrictions. Epic Games CEO Tim Sweeney is one such vocal advocate for openness, tweeting earlier this year that “the state of open platforms is strong!”

It’s not surprising, then, that Sweeney showed public disdain for Oculus’ recent efforts in the virtual reality space, which have made it harder for devs to release software freely, in contrast to the original Rift headset.

Though Oculus began its life as an open VR platform, it’s slowly been walling off its systems over the years. The mobile Gear VR headset, created by Oculus and Samsung, requires developers to go through its proprietary storefront to release software. The standalone Oculus Go headset also places restrictions on devs, according to SUPERHOT developer Mark Schramm, who noted that the “dev mode” is only available to those who have registered their Oculus accounts as part of development organizations--not impossible, but “a hassle.”

This was enough to make Sweeney decry the platform, tweeting, “Bleh, a closed platform attempt around VR.” Sweeney is certainly no stranger to working around proprietary systems; the Fortnite developer famously chose to circumvent the Google Play store when the battle royale phenomenon made its way to Android, allowing Epic to keep a direct relationship with the customer (and make a whole lot of cash). Epic Games has also made its proprietary Unreal Engine accessible to other developers with easy-to-access tools and tutorials.

That said, Sweeney’s repeated comments have drawn ire from other developers, tech reporters, and gamers, with one lengthy Resetera thread in particular calling his stance “inconsistent and irresponsible.” Epic Games had no issue releasing Fortnite on the closed-off Apple iOS, possibly because it rakes in $2 million a day on mobile. On top of that, despite his claims that “locked-down stores do nothing significant to prevent malware,” the Fortnite Android app launcher was hit with a vulnerability not long after its release. It’s unclear if that particular issue is related to Epic’s forgoing of Google Play’s distribution and security, but it certainly doesn’t sway the argument in his favor.