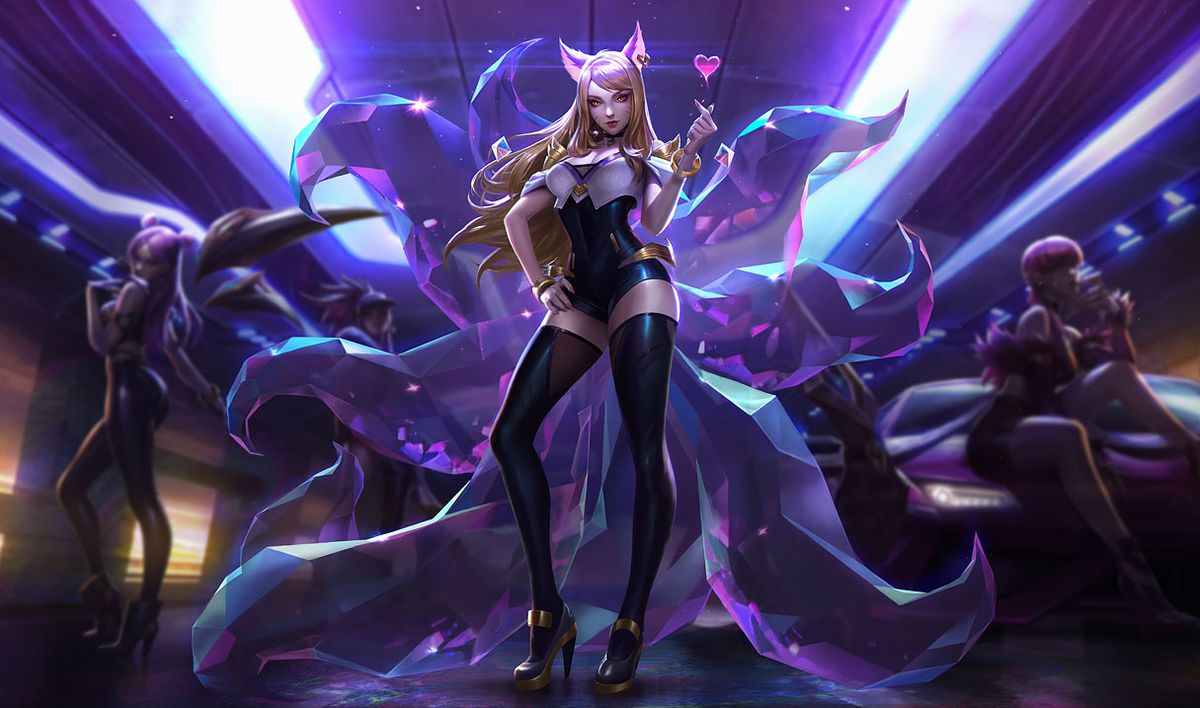 It’s been three months since Kotaku reported on League of Legends developer Riot Games’ workplace culture steeped in toxic “bro culture” and outright sexism. Woven into the lengthy August 2018 story is a pattern of women temporarily stepping in do more work in the event of managerial vacancy, only to have men promoted above them.

There have also been allegations of pay inequality and women regularly being passed over for promotions. The alleged environment of sexual harassment and discrimination has led two women to file a class-action lawsuit against Riot Games.

The goal of the suit is to enforce reform at Riot that includes ceasing:

Riot offered a brief statement on the suit. “While we do not discuss the details of ongoing litigation, we can say that we take every allegation of this nature seriously and investigate them thoroughly,” a company representative told GameDaily. “We remain committed to a deep and comprehensive evolution of our culture to ensure Riot is a place where all Rioters thrive. We’ve shared our progress here: https://www.riotgames.com/en/how-were-evolving.”

As for the plaintiffs’ chances, attorney Brandon Huffman, founder of Odin Law & Media, sees this case continuing until it’s settled or tried.

“I can't know if it will succeed without knowing if the allegations made in the complaint are true, but I think the complaint alleges enough to survive a motion to dismiss,” he says. “If the allegations in the complaint are true, it is likely the plaintiffs would succeed at trial. It is more likely Riot would settle before trial to avoid the public spectacle. A hurdle here is the class certification process. Some of the claims (failure to prevent, for example) are probably completely appropriate for class treatment. Some of the others (harassment, retaliation) I would suspect the plaintiffs would have to show individualized evidence, which would make it hard to do as a class.

“Side note: if I were a woman who works or worked at Riot, I would opt out of this class if I had individually suffered mistreatment. Opting out allows individual suit.”

Negron and McCracken detail a pattern of harassment

The complaint includes a detailed account of how Negron filled her departed manager’s role for a year, was explicitly told she was being groomed to take it on permanently, and was ultimately passed up for interviewing for the job (let alone being promoted to it). During that year, she was making $56,000 and doing her tasks and those of the manager role (a job that was compensated at the $160,000 level). She received no additional compensation for stepping up and was, in fact, told later that she “didn’t do enough to ‘take’ the role and they wanted to give the man who eventually took it an opportunity to take on more responsibility.”

McCracken experienced more overt sexism. She alleges that former supervisor Jin Oh outright refused to hire women for senior employment roles. He would allegedly only work with women as assistants because he would “feel weird having a male” in a secretarial role. When McCracken attempted to transfer to another team, Oh sought to restrict her transfer until she found her own replacement, which the complaint describes as “an MBA willing to work as an assistant for below-market pay,” but McCracken enlisted upper management to prevent this.

McCracken filed an anonymous complaint with Riot human resources, but the member of the team she confided in leaked details of the incident. Oh allegedly confronted her, explicitly detailing her conversation with human resources. Later, McCracken would find herself potentially working under Oh again and was told she had a “five-month countdown to find a new position or ‘be fired.’”

The complaint continues to describe a situation that has put McCracken’s tenure at Riot in jeopardy. She received an unsolicited video of Riot China’s head of operations Dan Wang and Riot chief operating officer Scott Gelb at a dance club with scantily-clad women during a senior leadership team trip to Shanghai.

Due to a game of office telephone, Gelb believed McCracken shared photos of him at a strip club. McCracken denied that she had shared the video, indicating that all she told people was that the leadership team was enjoying itself in China. Despite her protestations, Gelb allegedly instructed her to “clean up” the situation, as the company knew Kotaku was about to break its first story about Riot’s workplace culture.

Since then, McCracken was investigated internally. McCracken and the rest of her team were cleared of any wrongdoing, but the complaint alleges that the process had “the desired chilling effect.” Previously in line for a promotion, McCracken’s role has been diminished. To make matters worse, Jin Oh, her former supervisor who had allegedly indicated he was intent on firing McCracken has been rehired by Riot in a role above her.

Since Kotaku’s exposé, Riot has publicly apologized and taken the first steps toward addressing its culture of harassment and discrimination. A month after news broke of the company’s problematic workplace environment, Riot hired leadership expert Frances Frei to help fix the company’s systemic problems.

Frei’s previous work with Uber—a company with its own widespread sexual harassment and discrimination problems—puts her in prime position to influence change. But that’s all she can do: influence.

Real change needs to come from Riot leadership. With revelations from Kotaku’s reporting and the comprehensive stories told by Negron and McCracken, Riot will need to continue its process of reflection and reform to transform itself into the company it says it wants to be.