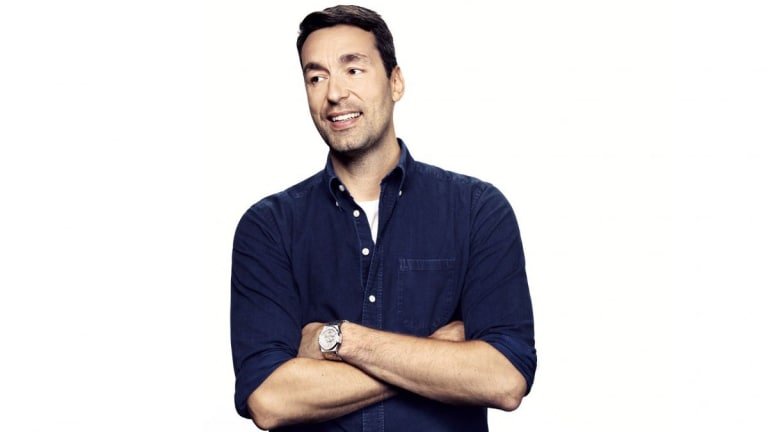 Announced at Nexon’s earnings call yesterday evening in Tokyo, Nexon stated in a press release that it would act as the worldwide publisher for all titles developed by Embark, which is based in Stockholm, in addition to acting as an investor. The announcement comes only a few months after Soderlund departed his post as chief design officer at EA. Soderlund has also been nominated to serve on Nexon’s board of directors. If confirmed, he’d be the first westerner in such a position.

It’s unclear what kind of projects Soderlund will be working on. The company’s press release tosses around a lot of buzzwords like “connected players, big data, speech recognition, cloud computing, advanced AI,” and more, but it’s clear that Soderlund is at least aiming to do something a little different with modern technologies. Embark is also planning to “build its own technology platform to optimize for the new games and experiences it will offer.” On one hand, that could mean a project within the realm of AR/VR, but on the other (more likely) hand, it may just mean developing their own in-house game engine.

“It all stems from a belief that our industry, and the future of interactive entertainment, is going to look different than what we have today,” Soderlund said in an interview with The Verge. “Although there is a ton of great games coming into the market every year, I kind of feel like to some extent we get more of the same. I think that we’re on the cusp of some changes. I think that all of these [technologies] combined will allow for very different experiences to evolve over time, that we haven’t seen.”

According to his interview with The Verge, Soderlund is clearly hoping to get more involved in the actual development of his studio’s games. To that end, Embark is planning on staying relatively smaller in staff size. One big name is Johann Andersson, who headed up EA’s SEED (“Search for Extraordinary Experiences Division) that worked to develop a more “true” artificial intelligence (as opposed to the usual preprogrammed bots following a set of instructions) using Battlefield 1 as a training ground.

Other than Andersson, Embark currently expects to have 15-20 people on-boarded in the near future, but is ultimately aiming for more than 200.

“I think starting with a game or a platform that can do all of the things we’ve talked about is going to be very difficult, and highly risky, and it’s going to take a lot of time,” Soderlund said to The Verge. “My approach will be different. We’re going to start by developing games that maybe share more traditional gameplay experiences, but at the same time try to prove out a couple of key things that I need to prove out for the future. I don’t feel like coming up with the ultimate dream or the ultimate idea, and hiding in a corner for 10 years, and showing up with something that may or not work, is the right approach for us.”

The partnership with Nexon comes off of a strong financial quarter, with Nexon posting a 69 billion yen (or $605 million USD) in revenue, up 15 percent year-over-year. They’ve got their longstanding MapleStory, Dungeon Fighter Online, and various expansions into regions like Korea to thank for that.

“We see a future of new interactive entertainment experiences enabled by technologies like AI, cloud computing and more, and we believe Nexon should lead this next generation of entertainment” said Owen Mahoney, President and CEO of Nexon. “That is why, based on a deeply aligned vision for the future of online games and simulated worlds, we are investing in some of the most talented people of the industry at Embark Studios.”