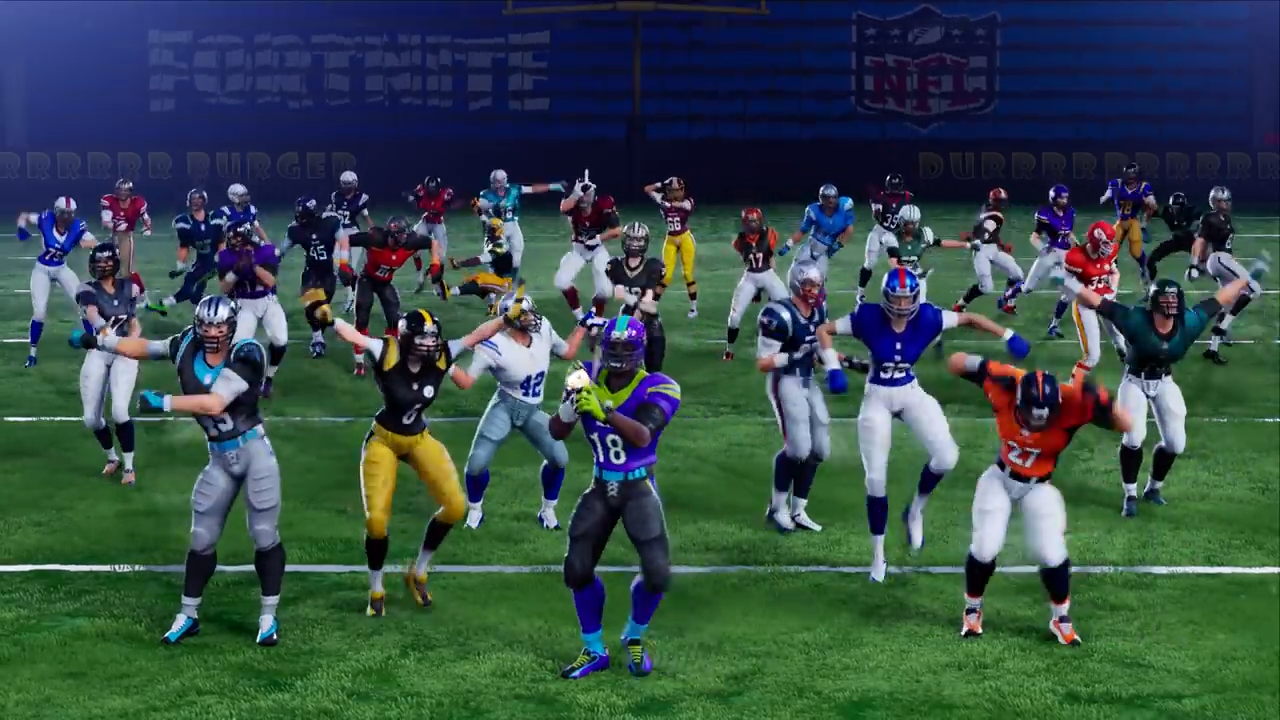 Epic Games’ Fortnite is known for its myriad cosmetics, but one feature in particular has earned ongoing criticism. Rapper 2 Milly has joined a growing list of musicians and actors who believe Fortnite unfairly monetized their moves without permission. Now, 2 Milly claims he plans to sue Epic Games over his dance being used, GamesIndustry.biz reports.

In 2 Milly’s case, the game has turned his viral hit dance the “Milly Rock” into a short emote called "Swipe It." The dance was available as a Season 5 Battle Pass reward, so while it’s impossible to acquire these days, players who purchased a Battle Pass and received the dance last season can still use it on the battlefield.

"They actually sell that particular move. It's for purchase," 2 Milly told CBS. "That's when I really was like... oh nah, this can't go on too long."

2 Milly says he’s interested in filing a lawsuit specifically to protect his dance, not necessarily for income from Epic.

“I don't even want to bash them for all the millions. Know what I am saying?” 2 Milly said. “It's not really like that. I just feel like I have to protect what's mine.”

It isn't just 2 Milly complaining. The game draws on dozens upon dozens of gestures and dance moves invented by rappers and Black performers. There's the “Dab” for one, which has its origins in Atlanta hip hop. “Tidy” comes from Snoop Dogg's "Drop It Like It's Hot." “Brush Your Shoulders,” meanwhile, references Jay-Z's 2003 hit "Dirt Off Your Shoulder."

Chance The Rapper previously spoke out about Fortnite's moves, saying Epic "should put the actual rap songs behind the dances" into Fortnite because Black creatives "created and popularized these dances." BlocBoy JB, on the other hand, argues the game is essentially taking away money owed to him due to the “Hype” emote, which is based on his “Shoot” dance.

“EveryTime Somebody Does My Dance Dey Give Credit To @FortniteGame But Dey Ain’t Create Nothing But Da Game So Basically Dey Takin Money And Credit For My Shit Dats Crazy,” BlocBoy JB tweeted.

Scrubs' Donald Faison, on the other hand, previously complained about Fortnite using one of the iconic dances from his character Chris Turk in Scrubs. In the show, Turk dances to Bell Biv Devoe’s “Poison,” which Fortnite proceeded to use frame-for-frame as a default emote dance. During a Scrubs reunion event, he outright refused to perform the move, blaming Fortnite.

“If you wanna see it, you can play Fortnite, because they jacked that shit,” Faison said. Scrubs executive producer Bill Lawrence stressed that Epic Games "had to enquire for the legality of it, and it's fine, because it's just a character dancing.”

While rappers and performers alike have criticized Epic’s handle on Fortnite’s emotes, copyright law remains much more complicated for the rappers, actors, and performers claiming Epic stole their moves. In an interview with GameDaily.biz, intellectual property lawyer Ethan Jacobs explained that choreography is protected under copyright, whereas “a dance move on its own almost certainly is not something you can protect through copyright.”

Social dances in particular, which are designed for the public to perform, aren’t protectable as choreography as defined by the US Copyright Office, Jacobs explained. A performer could still theoretically bring a case to court, but the Copyright Office’s standards provide a “pretty good indication” for how a potential legal battle would play out.

“There’s a pretty high burden for somebody to show that some dance move on its own is going to count as choreography,” Jacobs told GameDaily.biz. “A bunch of them put together in the same order is going to be a tougher call. But at least a single move repeated over and over like… ‘Flossing’ probably is not protected by copyright.”

Of course, this varies from dance to dance. Jacobs pointed how Epic asked permission to use Faison’s dance, showing that there was “enough risk” in that case for Epic to reach out.

“The Scrubs dance copied in Fortnite suggested enough risk of copyright infringement that, at least according to the show’s creator, Fortnite asked for permission to use it,” Jacobs said. “That’s not the same as a court decision that it’s a protected choreographic work, but it shows that the company took the possibility seriously.”

As for bringing a legal case against Epic Games, lawsuits are filed for various reasons, and a performer may bring Epic to court simply for publicity’s sake. Jacobs stressed that there’s a major difference between filing a lawsuit and simply considering one.

“A lot of people before talking to a lawyer say that they’re going to sue over something and reconsider after they’ve consulted with a lawyer who looks more carefully at what their legal rights are,” Jacobs stressed. “Lots of things in the world seem unfair without being something you can sue somebody over. This might be one of those cases.”