Digital Discoverability Is Getting Worse 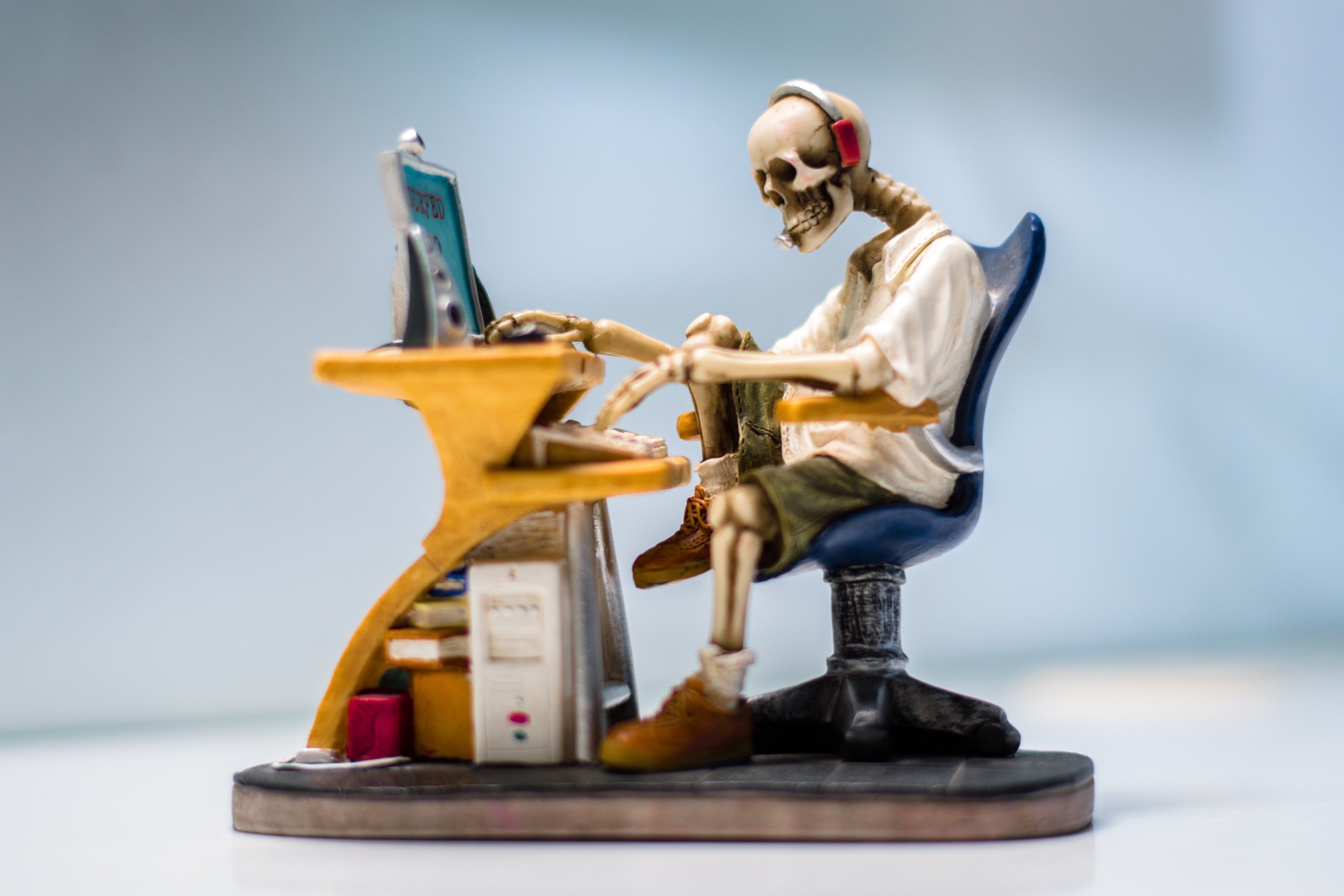 Before we had digital consumer reviews and “Let’s Play” videos to guide our video game purchasing decisions, there was the thrill of the hunt. Every gamer who grew up in the ‘80s and ‘90s picked their games by the box art and whatever made up “cool” in their minds at the time. My brother and I used to spend hours at our local electronics shop looking at the new releases and wondering what we should buy with our combined allowances. But browsing the video game bargain bin at Toys ‘R Us or finding a hidden gem to rent at Blockbuster is a relic of a bygone era.

As physical video games sales have dwindled over the last ten years and digital sales have ramped for every major publisher across the industry, discoverability on digital platforms has disintegrated into an untenable mess of half-hearted curation and unreliable algorithms. Information curation is an essential skill in the digital age, but sifting through tens of thousands of games to find the one that may scratch that genre itch is near impossible without sinking an equivalent number of hours scouring every digital platform out there.

According to GamesIndustry.biz, over 7,600 games were released on Steam in 2017.

Since Valve launched Steam in 2004, there have been approximately 11,180 games released on the platform between AAA publishers and indie developers.

Valve’s approach to alleviating the crushing weight of new releases has been piecemeal at best. Discovery Queues are a decent way to highlight games that are similar to the ones that a user has played in the past, but they’re unreliable as a long-term solution for users whose tastes are broad, rather than deep. Allowing influencers and influential publications like PC Gamer to curate their lists of what to play is an acceptable stop-gap for users who value tastemaking as a part of their decision-making process.

But it doesn’t address the biggest issue at play: volume.

This comes down to basic economics and the laws of supply and demand. Investopia defines the law of demand as, “if all other factors remain equal, the higher the price of a good, the less people will demand that good.” Conversely, the law of supply states, “the higher the price, the higher the quantity supplied. Producers supply more at a higher price because selling a higher quantity at a higher price increases revenue.” When things are working as they should, the relationship between supply and demand reaches equilibrium and everyone can go home happy with how the market looks.

This microeconomic theory is an oversimplification for the complexities that the game industry faces, of course, but it gives valuable perspective into how things should work in theory. In digital game sales on PC, console, and mobile, the relationship (and its many variables) is far more esoteric and nuanced than simply finding economic equilibrium.

Part of what has contributed to the massive discoverability concerns on Steam (less so on console) is developers chasing what’s hot. Digital games on PC and console are succumbing to the same kind of trend chasing that almost crippled the mobile game market around 2014. The sheer volume of apps being released on both iOS and Android at the time was staggering, but the numbers weren’t the only thing that developers had to contend with. When games went viral, shovelware app developers rushed to clone the original. When Flappy Bird went viral in 2014, nearly 800 clones flooded the market to try and capitalize on the game’s stickiness. Eventually, the game’s creator pulled Flappy Bird from the app stores.

Stories like Flappy Bird weren’t uncommon, especially when mobile games went viral. Nearly 77 percent of Americans own a smartphone, with near full market saturation (92%) among 18-29 year olds. And while Android still struggles with regulation of any sort in their 800,000 active games, Apple’s commitment to curation in the App Store is a beacon of hope and a potential template for how the future could unfold for other digital game marketplaces.

Game developers are facing some hard truths in marketing as a result of an overcrowded marketplace on all fronts. To market anything, be it a product or a service, there are four categories to pay close attention to: product, placement, promotion, and price. Product differentiation among games in a particular genre is usually left to moments of delight in gameplay and narrative, but it isn’t enough to rely on alone. Unless the game has been developed or published by EA, Ubisoft, or Blizzard, placement is out of a developer’s hands once it hits a digital marketplace like Steam, PlayStation, or Xbox. Game promotion is limited to the platform that the game’s publisher (or developer) has cultivated, even if there’s press outreach. But there’s very little that can be done to differentiate in terms of promotion outside of splashy booths at consumer shows like PAX.

If developers and publishers aren’t able to differentiate their product, placement, or promotion, that leaves price. For as many years as the digital marketplace has dominated game sales, it’s been a race to the bottom. This isn’t a recent phenomenon, nor is it contained solely to Steam or console games. Mobile games have had their share of issues with differentiating based on price alone. And as the mobile game market has become oversaturated, the free-to-play (F2P) model has become the defacto standard for monetization. Even premium prices for mobile games don’t tend to be more than a few dollars, but development costs and the costs associated with marketing and user acquisition haven’t changed. In fact, user acquisition costs have skyrocketed from $3.03 USD per user in 2015 to a whopping $7.52 per iOS user by April 2017. If that isn’t enough to make you cringe, according to VentureBeat, half of all in-app mobile game purchases are made by a miniscule 0.19 percent of players.

User acquisition doesn’t exist in the same capacity on PC or console, but the fight for the “right price” is still a bloodsport. During a big sale, whether it’s on Steam or another digital game storefront, the lure of the bargain is almost impossible to pass up. And that’s where we see the differentiation in user acquisition between mobile and the rest of the digital game marketplaces. Developers that sell their games on Steam know that they will be able to make a huge chunk of their money from sales, so user acquisition cost for them is the difference between consumers paying regular price at launch versus paying a discount later on.

The sheer number of releases on a platform like Steam has left consumers overwhelmed. They can’t possibly play (or even buy) all of the games that they want to.

The only relief that consumers (and developers, for that matter) get throughout the course of the year is during the big sales on Steam, PlayStation, and Xbox. During Steam sales, there’s a clear benefit to browsing and finding new games to add to one’s wishlist a few times a day. These rapid fire Discovery Queue loops are often the only way that consumers will see games that they may not have prior knowledge of.

But even during these sales, where consumers are primed to devour the rock-bottom bargains, there’s no guarantee that the games will be played. Ars Technica discovered in 2014 that “37 percent of the roughly 781 million games registered to various Steam accounts haven’t even been loaded a single time.” So, even if a game is found and purchased, if consumers don’t play it and talk about it, the momentum dies after the sale. Additionally, if during each sale, consumers purchase games that they may never get around to playing, the discoverability issues permeate that user’s library as they struggle to figure out “what’s next” in their personal queue of games.

It’s a snowball effect. The more games that there are in the marketplace, the harder it is for developers, especially indie developers, to differentiate their products from one another with anything other than price.

If pricing is the only differentiating factor in a genre or subgenre, then developers and publishers are stuck in a fight to the death over what consumers are really looking for. They chase trends, they add more noise to the oversaturated marketplace, and when that doesn’t work, they’re right back at the beginning with their hats in their hands, wondering what happened along the way.

In order to combat these issues in the short term, there needs to be a better way to curate titles in meaningful ways. iOS’ has introduced an App Store blog, which spotlights apps on a daily basis and gives users a way to browse “what’s interesting” in colorful and thoughtful ways. It gives me the opportunity to look at what I’ve missed throughout the week in releases or upcoming titles, both with consumer apps and games. And while Steam has a handful of trusted curators that they allow to help shape the conversation around game releases and recommendations, it’s only a surface-level aide. These curated recommendations are shrug-worthy and don’t offer much more than confirmation bias about what consumers already knew was good, depending on who they follow.

A long-term solution would be to do a full-reverse on Steam Direct, an initiative that Valve announced early last year that abolished Steam Greenlight and would allow developers to pay a nominal fee to put their product on Steam. The rise of asset flippers and “fake games” has led to the overwhelming number of games on the platform, but Steam Direct may not do much more than make it a little more expensive (and inconvenient) to be noisy. If asset flippers and shovelware developers are paying under $500 per release and they’re making a killing in Steam Trading Cards, then it won’t be much of a deterrent.

Discoverability goes hand in hand with usability on platforms.

If a platform is easy to use and easy to search through, it’ll be easier to find what you’re looking for without much effort, much as the opposite is true. When it’s easier to search and filter a catalog of games, even if that catalog may top 20,000 titles by the end of 2018, the volume is still there, but it’s taken a backseat to the user experience and platform usability.

The future of discoverability walks that knife-edge of grim and hopeful. The number of annual game releases on digital storefronts has forced the industry into a critical juncture of quality versus quantity. It isn’t to say that a small studio (or a single person) can’t develop the next indie darling, but the more storefronts struggle with discoverability, the less likely it is that we’ll find the next Stardew Valley out of the blue.