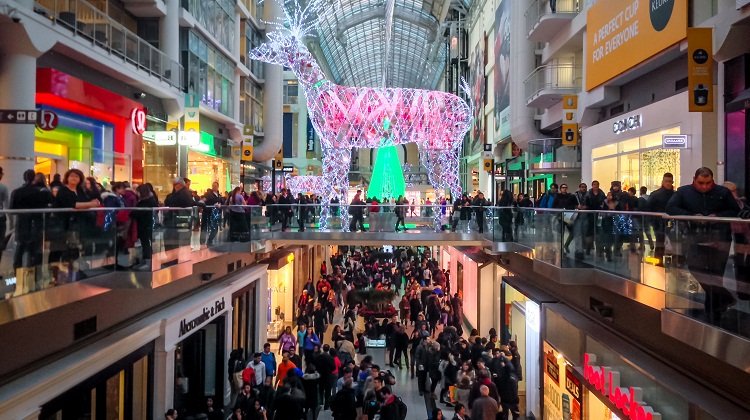 If you’re like me, you’re increasingly wondering what the poor retail workers of the world did to deserve having their stores open midday on Thanksgiving instead of, you know, just actual Black Friday. Nothing, of course. GameStop was among the offenders this year, but at least in the realm of video game sales, signs may point to Thanksgiving day hours being a lackluster idea. Research group SuperData has the details on video game sales this Black Friday and Cyber Monday weekend, and things are looking up for digital sales, and less so for their physical brethren.

“Digital spending rose 14.3 percent compared to the same weekend in 2017 thanks to in-game content deals and big releases that include Call of Duty: Black Ops IIII and Red Dead Redemption II,” SuperData said in its report.

SuperData did not provide any information on whether or not physical media sales took a notable hit during the holiday weekend or preceding year. As plenty of analysts will tell you, it’s not a zero sum game, but the trends certainly don’t look great for physical copies of games. For what it’s worth, GameIndustry.biz reported back in January that the IHS estimated only 20 percent of Nintendo Switch game sales were digital.

SuperData also says that the year-over-year rise of in-game digital spending (or microtransactions) can be largely attributed to games like Fortnite. The popular battle royale shooter quite literally tripled the revenue that in-game transactions account for in the overall industry compared to last year, reaching $64 million.

80.1 percent of all digital games revenue in 2017 was the result of in-game transactions, a fact that SuperData says its confident will be repeated in 2018. SuperData says that overall, 42 percent of players say they “only/mostly” purchase digital games versus the 27 percent that says they get there’s entirely or mostly in physical form.

“Video games have become a layered experience,” explained Joost Van Dreunen, Managing Director at SuperData. “Beyond just a big, loud launch, blockbuster titles today rely on a variety of different consumer touchpoints, including live streaming video, real-life events, digital sales, and crossplay multiplayer gameplay. Large publishers like Activision and TakeTwo have managed to incorporate these new avenues into their Q4 releases and the numbers show that audiences have responded in kind.”

While physical games media might continue to lose the race to digital, console revenue overall has already hit $1 billion worldwide, a 24.5 percent increase compared to last year, according to SuperData. PC has had a stronger year as well, increasing 18.3 percent compared to last year, netting $586 million in revenue.

Whether or not video game consumers willingly move to Netflix-style streaming services remains up in the air (er, cloud), but the impending arrival of services like Google’s Project Stream promise some interesting changes. Whatever your feelings are, you can’t deny the draw of streaming a daunting, massive game like Assassin’s Creed Odyssey.

It also remains to be seen how game retailers, which are all hurting in a world of digital sales, will proceed during future Thanksgiving holidays. There’s no positive way to spin making your workers come in when they should ostensibly be celebrating with family and friends, but one imagines the loss has to be cut somewhere, unless the Thanksgiving shifts are an act of desperation themselves.

GameDaily reached out to SuperData for their take on what this might mean for game retailers and whether or not their employees may continue to be forced to work holidays, but did not immediately receive a response.