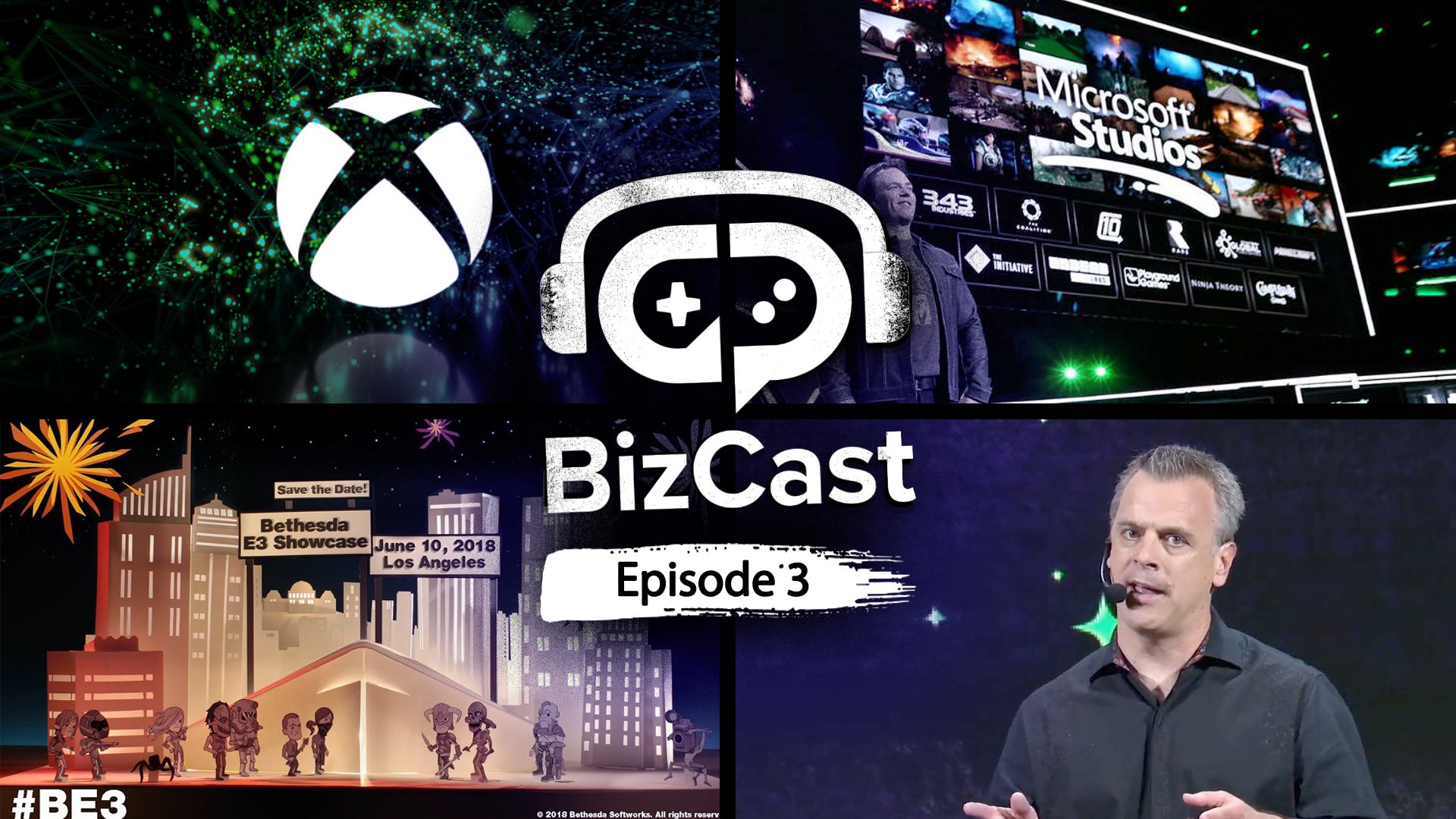 For the third episode of the GameDaily BizCast, we cover Xbox and Bethesda's press conferences at E3 2018. Microsoft brought the heat with 50 game reveals during their conference, including some big pushes for Xbox Game Pass. (And don't forget those enormous studio acquisitions.) Bethesda beat everyone with a rubber chicken for an hour and a half, with big reveals and surprising pivots.