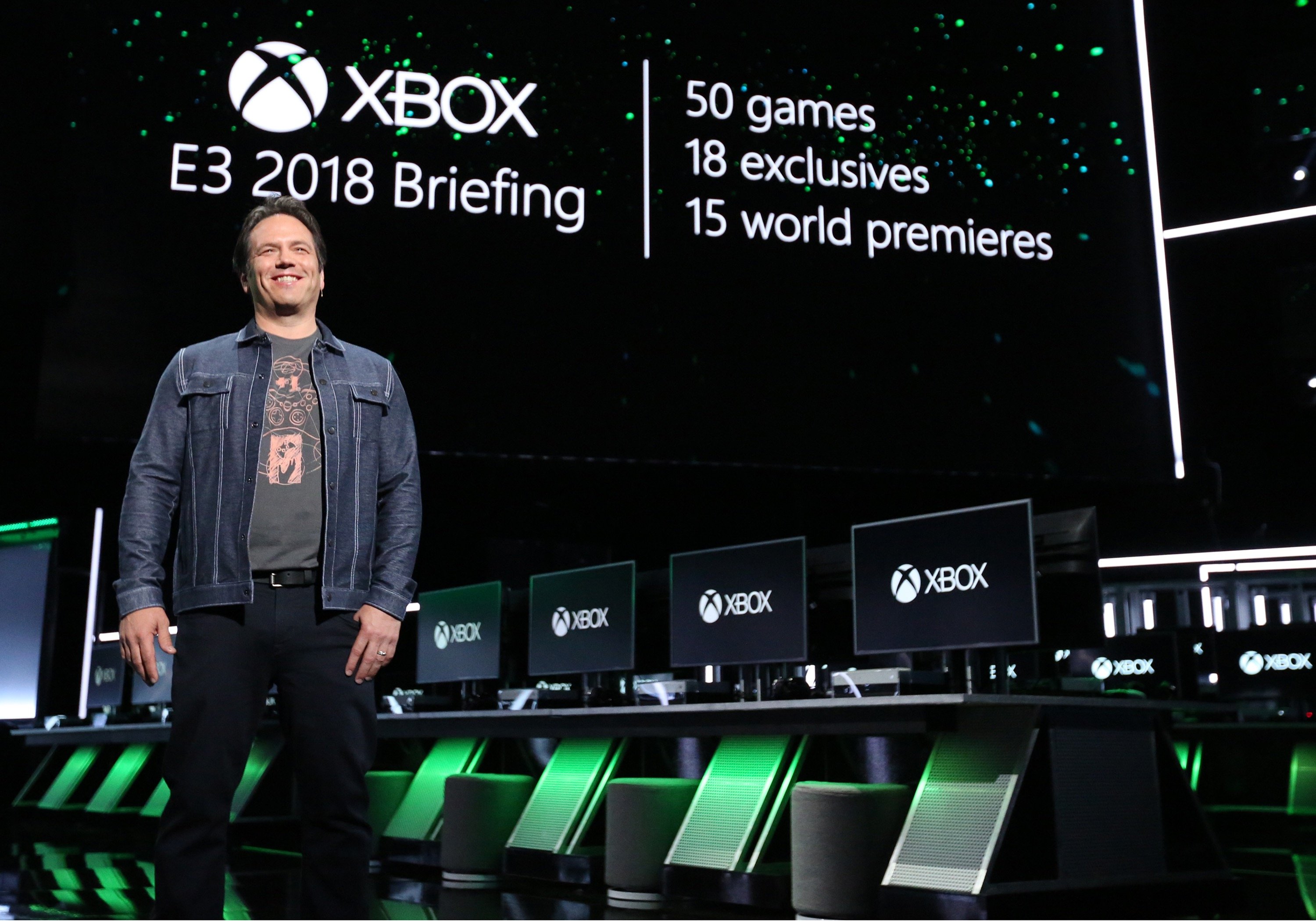 Despite the bombshell announcement that Sony is to withdraw from next year’s show, Xbox boss Phil Spencer has reconfirmed the company’s commitment to E3, maintaining it as a valuable part of the company’s reach to retailers, press, and fans.

Speaking on a recent Xbox charity livestream during Extra Life (via Variety), Spencer remembered back to a time when the ESA-run show was all about retail in the old days.

“I’m old enough to remember E3 was about retailers coming and trying to figure out how many cartridges they were gonna buy for the holiday,” he said. “And this was back when things would sell out. So, they would go to E3 and they would try to figure out what the hit games were, and we’re all there trying to show our games so they would up their purchase quantities and we’d know how many cartridges to build, discs, whatever it was.

“Then, all of a sudden, retailers wanted the press there, because they wanted to see what the press was writing about. Because they kinda trusted the press’ instincts, which made sense, on what games are going to be hot. So then E3 went from a retail show to more of a press and retail show.”

Spencer added that his company’s efforts with E3 as of late, rather than do it “on our own or direct," was not only because it was a “convenient way for the fans to experience video games," but merely because it was “awesome."

“I think we do it because it’s a U.S. celebration in LA where it’s easier for people in the U.S. to come to one place and just share their love of video games.”

That’s not to say Spencer thinks the show is perfect. It first opened up to the public in 2017 with it entering its second year. 2017 saw 15,000 public tickets go on sale with a combined attendance of industry plus public being at 68,400, while 2018’s show saw a combined 69,200 people hit the Los Angeles Convention Center.

It’s from there Spencer would like to see some changes “in some ways,” but added the show still remains an excellent vehicle for communicating with fans.

“I look at all these events like X0, E3, the FanFest that we do at gamescom … We can reach retailers, we can reach press in so many different ways…”

It comes off the back of Microsoft hosting its first X0 event in seven years with X018 last month, opening it up to the public as part of a Fanfest event in Mexico City compared to previous X0 events being media-only. The event got a mixed reception compared to the company’s positive reaction for its E3 press conference. But it did bring massive news, such as the continued growth of Xbox Game Pass and the acquisition of two Southern California RPG powerhouses in inXile and Obsidian Entertainment.

Compare and contrast with Sony, however, and it’s a different story. For the first time in 24 years, PlayStation will not have any sort of public-facing representation in Los Angeles when E3 returns the week beginning June 10, 2019, including a booth, although it is expected to keep a Behind Closed Doors executive presence.

The company also won’t be holding its annual fan event PlayStation Experience this year, despite games still being planned for launch on PS4 that are currently without release dates. It plans internally how to unveil PlayStation 5 to the world ahead of an expected 2020 launch.

But Microsoft, unlike its fellow first-party rival, remains a strong partner for E3, not only with Spencer’s comments in the aforementioned Extra Life stream, but also in the original press release the ESA put out announcing the first details for next year’s show - and where the news broke of Sony’s withdrawal without bringing notice to it - when he called it “an incredible platform to showcase the vibrancy and creativity of the video game industry.”