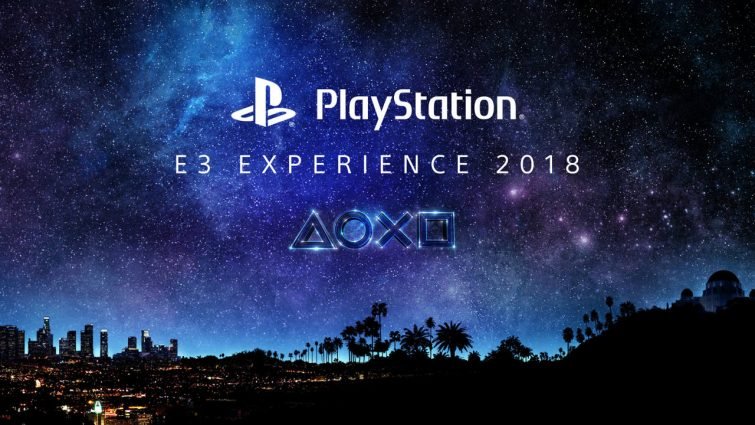 PlayStation’s press conference was certainly an ordeal for E3 2018. We were herded into a wide open room and every single journalist in the room panicked — there were no chairs, no benches, nothing to use as temporary seating at all. Instead, there was the residual panic of journalists on assignment wondering how they were going to get their stories filed. This writer was under the impression that it was going to end up being a Killing Floor Battle Royale experience and the last journalist would be the one to cover the conference.

Obviously none of that happened.

What we were treated to, on the other hand, was an experience that couldn’t be adequately translated to the livestream that the rest of the world was watching. What we experienced was a swelteringly hot replica of the room that The Last Of Us: Part 2 demo showed Ellie dancing in. Shawn Layden came out to tell us that we were going to go on a “deep dive adventure” with their biggest games, rather than the trailerfest we’ve become used to. What the stream experienced was delays, a demo, more delays, inarticulate vamping while there was more waiting, and you guessed it, more waiting.

After the brutality (and surprising tenderness) of The Last Of Us 2’s in-game demo, the crowd was filtered into another air conditioned tent that had a gentle breeze blowing through it. We were all pretty confused, but then I saw Hideo Kojima sitting behind me, so maybe being confused was part of the presentation. Once the attendees were settled in, the show (and the stream) resumed. It was a fantastic lineup of games — although I did find it odd that it was one hyperviolent game after another, because that’s certainly not what Sony usually does — including Ghosts of Tsushima, Nioh 2, and Resident Evil 2’s hotly anticipated remake.

There were a number of other titles, including Hideo Kojima’s surrealist Death Stranding, Kingdom Hearts 3 (of course), Control (Remedy’s new game), and some gorgeous gameplay from Insomniac Games’ Spider-Man. But mostly, the attendees were confused. It was Sony’s usual spectacle, but without the polish. The conference felt like it was so focused on setting itself apart from Xbox and EA that it completely failed to communicate the incredible game library that they were showcasing. By the time the attendees were shuffled out of the last tent, we were unaware that the presentation was continuing without us.

Back on the stream, PlayStation announced a brand-new From Software PSVR title and that God of War is getting a New Game+ mode. Meanwhile, we’re shaking off the weird vibes from that particular press conference and chalking it up to “Sony’s gonna Sony.”

But really, the PlayStation press conference, which is usually top-tier from top-to-bottom, was the culmination of Sony’s hubris made real.

Yes, their first-party games continue to be some of the best on the market. Yes, they’re still crushing the competition in pure installed base numbers. That doesn’t necessarily mean that treating conference attendees like cult members is going to much more than confuse and alienate people along the way, including the audience at home.

What PlayStation was missing this year was the exquisite attention to detail that rings through each of their E3 press conferences, both in person and for viewers at home. The lineup may have been fantastic (and I may have cheered for Control, because I have a deep love of Remedy’s games), but it wasn’t enough to communicate their value in the same way that Xbox did. PlayStation doesn’t have that iconoclastic Bethesda disposition either, so irreverence and bizarre nonchalance don’t play well.

I enjoyed the conference as an attendee, but I’d prefer a return to what made PlayStation press conferences special in the past — the spectacle, yes, but not as a way to distract from the games. Instead, using the PlayStation spectacle as a way to highlight the myriad of first-party titles that we’ve come to appreciate Sony for.