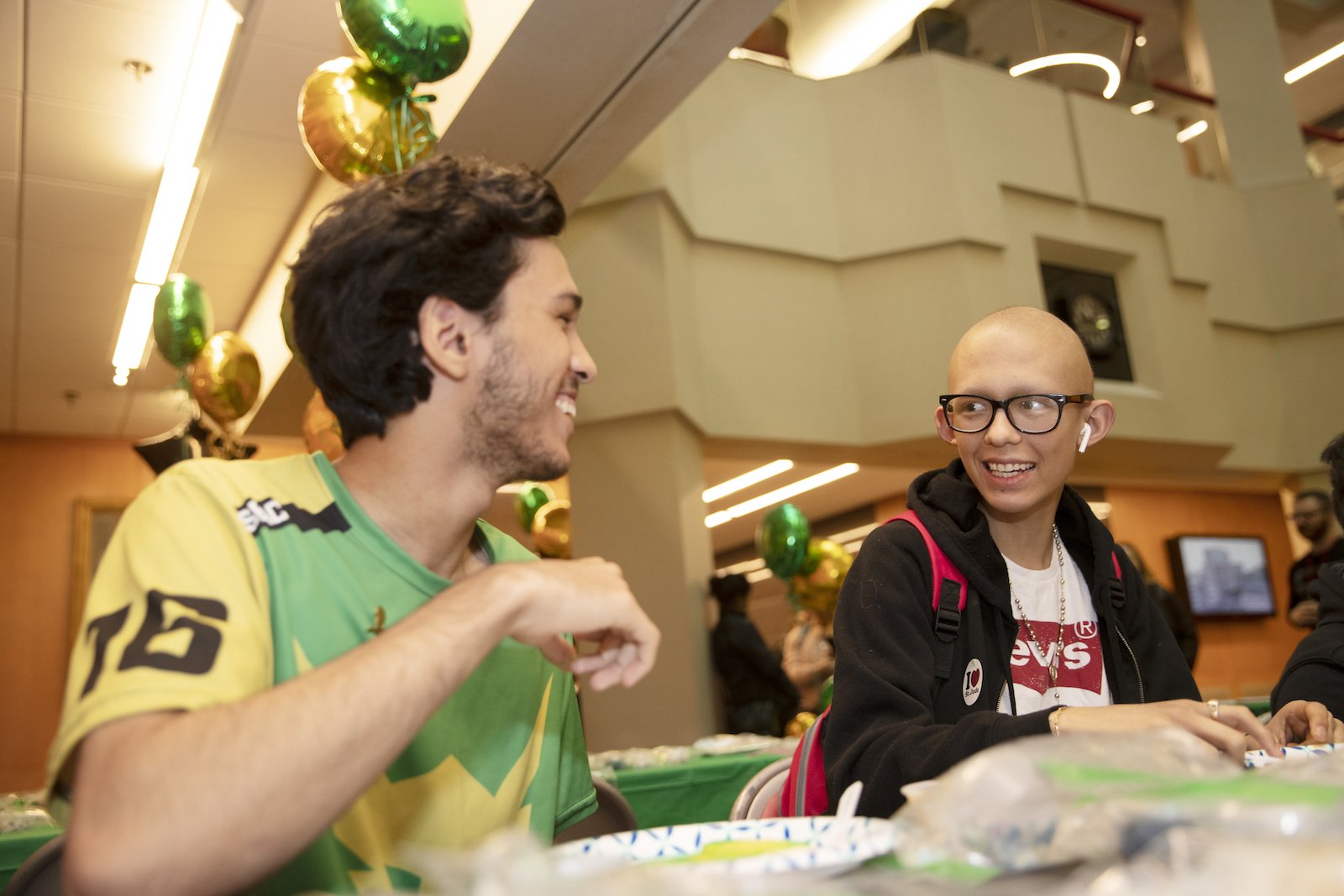 Immortals, the owners of Overwatch League's Los Angeles Valiant, have committed to raising a total of $500,000 over two years for St. Jude Children's Research Hospital. The gaming community (and the industry) have been involved with raising money for St. Jude's for a number of years through St. Jude Play Live. To date, gamers have helped raise $11 million for St. Jude's research programs.

Until this larger partnership with international esports giant, Immortals, St. Jude has stuck to the sponsorships it's cultivated with companies like Humble Bundle and Discord for Play Live. This fundraising accord isn't limited to money raised, either. Immortals is looking to raise awareness in the esports community about St. Jude's programs and will be working with the research hospital on a number of initiatives to do just that. The LA Valiant raised money for St. Jude last year through their "Be Valiant" and "Live the Legacy" events.

“It is part of our organizational DNA to give back to the communities that we serve and represent,” Noah Whinston, Executive Chairman of Immortals and Los Angeles Valiant, said in a statement. “We believe wholeheartedly in the mission of St. Jude, and it is an honor to work with a partner that shares our values of inclusivity. It's incredible that families at St. Jude never receive a bill, so they can focus on what matters most – helping their child live.”

For the 2019 Overwatch League, LA Valiant will be launching a campaign "where fans can donate based on the outcomes and achievements of the LA Valiant team and players during the Overwatch League season. All proceeds go directly to St. Jude." In addition to the donation efforts, fans will be able to receive co-branded LA Valiant and St. Jude merchandise, in a similar vein to what St. Jude has done with Twitch in the past.

“We appreciate the opportunity to create a new, dynamic way to engage with esports fans and introduce our mission to new potential supporters,” Richard Shadyac Jr., President and CEO of ALSAC, the fundraising and awareness organization for St. Jude Children’s Research Hospital, noted in his statement. “Through this partnership, we look forward to working with Immortals and the LA Valiant, as well as the large and growing esports fan community who continues to generously support the patients, families and lifesaving mission of St. Jude Children’s Research Hospital.”

The gaming community has been raising money for charity, especially children's hospitals, for a long time. Penny Arcade founded its charity, Child's Play, in 2003 and has raised almost $45 million in 15 years. Extra Life, which was founded in 2008, has been raising millions of dollars every year since its inception. Extra Life's community of gamers raised well over $11 million over the course of 2017, where funds are donated to the participant's children's hospital of choice. AbleGamers, founded in 2004, has been serving disabled members of the gaming community through direct support, accessible controller prototyping (including consulting on the Xbox Adaptive Controller), and advocating for accessibility in games.

Looping in the esports community at large, especially the diverse fandom that Overwatch has cultivated since its launch in 2017, is a natural extension of the already laudable relationship that gaming has with charity. And, of course, Immortals continues to walk its talk of diversity and positivity in both the organization and the impact it has on esports worldwide.