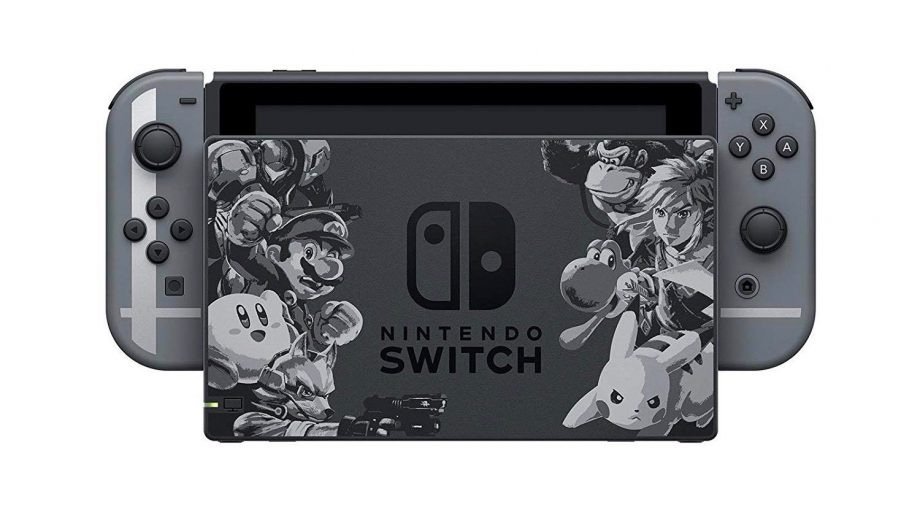 It’s a most wonderful time of the year for Nintendo.

Nintendo of America announced this morning that Nintendo Switch has become the fastest-selling games console this generation in the US, according to additional data provided by The NPD Group.

Over the course of the 21 months since launch, the Nintendo Switch has sold 8.7 million units, “outpacing US sales” of the PlayStation 4 and Xbox One at the same point in their respective life cycles.

“We are thrilled to see such a strong reaction from consumers in the second holiday season for Nintendo Switch,” said Nintendo of America’s Senior Vice President of Sales and Marketing, Doug Bowser. “We’re looking forward to delivering more excitement and smiles to our fans in the coming year and beyond.”

Nintendo eShop sales have gone up by 105 percent from 2017, with hardware unit and dollar sales for this year being at their highest in seven years.

Nintendo cited itself as the top-selling software publisher this year, according to NPD data through November. Although NPD typically doesn't release their December figures until January of the following year, when Smash Ultimate will be factored, expect Nintendo to continue its dominance of being the top-selling software publisher for 2018 either way.

Nintendo has killed it this year, according to NPD software charting. We’ve tallied up the year-to-date release of reports from the analysis firm, and determined that Nintendo has had 26 top tens, 10 top fives, 3 top threes and two number one charting games for Switch this year, with Mario Tennis Aces and Octopath Traveler hitting the number one spot respectively, giving Nintendo back-to-back software wins for June and July.

And considering the Switch didn’t have a heavy-hitting software lineup in 2018 (unlike 2017), this is a massive boost for Nintendo. Nintendo's sales have been aided by the success of Super Smash Bros. Ultimate and the ubiquity of hardware retail bundles pushed on Black Friday and the lead-up to the Christmas holidays.

But how can it maintain its momentum for 2019, especially considering both Sony and Microsoft are planning to launch next-generation PlayStation and Xbox consoles in the near-future?

Dr Serkan Toto of Kantan Games spoke with GameDaily and said that placing the bigger hitters for closer to the end of the year may have actually done wonders for the Switch and Nintendo.

“There was a lot of concern about Nintendo's release strategy in 2018, but keeping all blockbusters [Super Mario Party, Pokémon: Lets Go Pikachu/Eevee, Super Smash Bros. Ultimate] for the end of the year seems to be working well,” he said. “Nintendo is likely to dominate Christmas sales in 2018 in the US and elsewhere, as all big games for PS4 and Xbox are already out.”

IHS Markit’s Piers Harding-Rolls reckons, however, Nintendo has been a bit of a mixed bag, saying its “had an up and down year” with the console and its software lineup.

“[The] first 9 months on 2018 were slow in sales terms and underscored the difficulty in transitioning to a mass market phase for any console including the Switch,” he told me via email. “The first party content pipeline was fairly weak, and AAA support from third-parties has been surprisingly reticent,” adding that compared to its stellar first-party lineup launch of 2017, following in its footsteps “was always going to be a challenge”.

He noted, however, that between Black Friday and holiday bundles, the release of titles like Smash and Pokémon, and a lot more stock being available this time round has helped drive a wave of momentum at the end of the year.

“The seasonal upswing has been dramatic even for Nintendo. This has helped it reach 8.7m Switch sales by the end of November and sales may go on to reach close to 11m by the end of 2018.”

But if 2018’s lineup felt underwhelming, 2019 should perk things up substantially. A next-generation set of Pokémon games, Animal Crossing Switch, Fire Emblem: Three Houses, Super Mario Bros U Deluxe, and Marvel Ultimate Alliance 3 are all coming next year as major first-party exclusives for Nintendo Switch. And that’s not to mention the elephants in the room that are Metroid Prime 4 and Bayonetta 3, to say the least of other unannounced games. Also, remember Pikmin 4? That’s still a thing.

Toto believes Nintendo's first-party lineup for next year is already stronger than this year, and sees either MP4 or Bayonetta 3 being a 2019 release, adding that “the third-party support seems to be picking up steam as well.”

For Harding-Rolls, he reckons next year should be more of a consistent year for Nintendo. “The release schedule in 2019 looks strong, so I’m expecting a more consistent performance in 2019. I expect sales to grow once again.

He added: “It’s not clear what Nintendo will do to replace the 3DS price point in its line up of hardware. There are a number of options on the table, so it has the flexibility to react to any new product announcements from the other console companies that might arise.