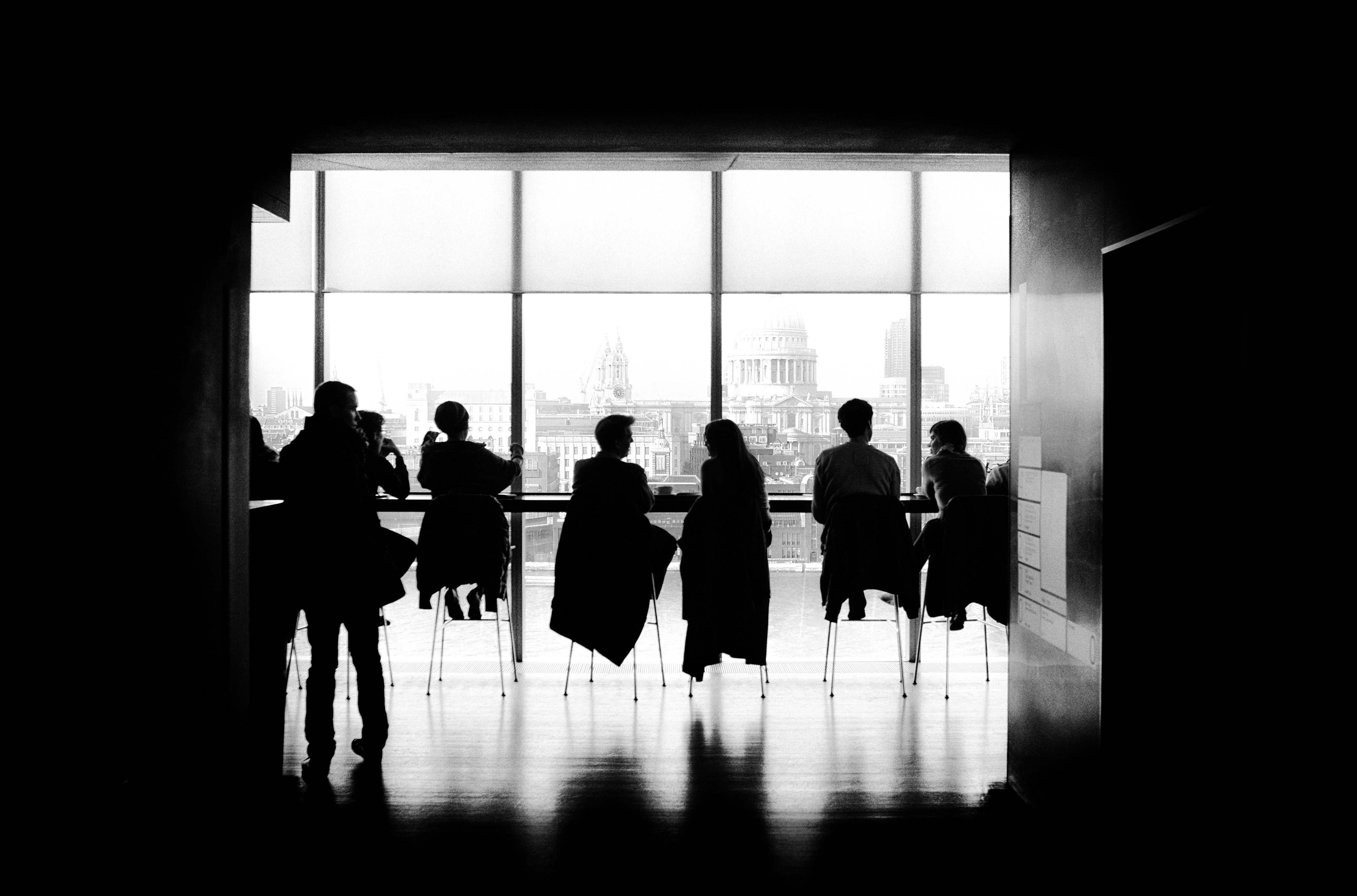 As 2018 draws itself to a close, GameDaily chatted with a number of developers and game workers from a wide range of studios (and studio compositions) about what the year's biggest trends have been.

First. The option of cross platform play is what gamers like. This a clear thing we take away from 2018, it feels like it has been on the cusp forever, but now it finally has a breakthrough. I’m not just talking about PlayStation gamers being able to play with their Xbox friends (unrestricted eventually …as we all hope) but high-end touch screens and PC all together. Fortnite has been the juggernaut that pushed this point through in a way that cannot be denied. Overall, I guess Fortnite is teaching the industry many lessons and changing the paradigm at the same time on various fronts.

Secondly, the success of “PC-first” titles on various platforms is astounding. Look at, once again Fortnite, PUBG or Crossfire. They enter the market with PC and once the product/market fit is right they eventually get even bigger by hitting other platforms – each in their own time and manner but with a remarkable success.

Thirdly, over the last few years we have seen China as massive growth market and as the land of opportunity. The focus has been only on the opportunity. In 2018 the geopolitical and market risks started to hit too. For new games, access to the market has been hard with regulators taking a harder and slower approach to game approvals. Each market has its own potential and appeal but also its own rules. In a truly global game market we need to take into account the tangible global dynamic -not just stare at the prize.

Fourth, the year was marked by controversial and lively discussions around loot boxes – the main lesson (for those who missed the boat) – doing fair free to play or in-app purchases - and to communicate better.

From a publisher or developer view the lesson was: “Be fair. Play nice.“ Not such a revelation but one that the industry had to go to do their homework in 2018.

Last, the topic of crunch and working in development was causing a lot of debate in 2018 (again). Everyone in game development knows you need to work hard to get the best results. Excellent teams do. But there is a balance on the long term. Life happens and you only have one to enjoy.  Time with family and loved ones matters. And ultimately, this is a talent driven industry and if you don’t treat talent fairly and reward it – you will not be successful.

The success of Fortnite is the biggest industry development of 2018.  Epic has found a way to make games that were once for hard-core and mid-core fans appealing to mass audiences.  I think the game has fundamentally shifted expectations about what a game should be for the casual gamer.   It will hard for mobile developers without experience creating AAA content to hit the bar set by Fortnite.   It has also created a seamless experience between mobile, PC and console and it has moved the industry from one with isolated player bases to one with a large base of gamers.   Epic has found a way to bypass pricey platform stores and go direct to consumer in a manner that is more effective than any of its predecessors.  It is now offering developers a similar opportunity with its own Epic Store at a disruptive 12% which has already caused other stores to react.   This will ultimately benefit gamers with more money available for developers to put into games.   Companies like Saber are already seeing the benefits of this “Fortnite effect”.

Biggest issues I had with the games industry in 2018 were: Sony sandbagging the cross play feature!  We all knew they had to cave, it was silly to hold out, I am glad they saw sense and made the adjustment! Cross platform is just a huge step forwards for gamers and has some great challenges ahead for developers, especially as we see digital sales grow.  The other issue was the glut of Battle Royale clones using parachute drops! C'mon people! Surely we can find another way onto the map?

While developers add more resources into making games - players have shown that a "great game" is not the only point of their persuasion (or dissuasion) in sales. Today's level of game fandom has meant everything is up for dissemination: whether it be the politics of an indie game developer making their first visual novel or a large company pouring millions of dollars and man-hours into a AAA game.

As with most fervent of game fans, fans want the games that best represent them: if not accurate, admirable reflections and transducers of ourselves as we interact with the rest of the world. Today, the connections between player and developers, old and new, are easier than ever to establish.  For example, last year’s squandered kickstarter funds or inappropriate convention activity are now this year’s insider training and workplace harassment… and the cycle continues. Gamers have a larger share of voice than ever before, and they want to feel like they’re in a worthwhile relationship with the game developers that make up this industry.

Dealing with the community - This year has been a PR and Community dealing disaster for the biggest companies. Each month there was some sort of scandal, and we feel that some companies skydived in dealing with fans and taking them for granted. Nowadays, when you can reach to your fans for an opinion so easily, there shouldn't be that many negative emotions. We understand that as consumers’ frustration intensifies, gamers are running away looking for developers who care, so we learned to be transparent and informative.Treating everyone individually really pays off in the long run, and something that we wish to never forget is that 1 person, 100k, or 1 mln, it's still a number of individual persons who just want to have a good time with your game.

End of Early Access Games - For a while we were very uncertain if early access games could still exist in 2018. There’s now a flood of low-quality titles, and to say we are a survival game in early access in 2018 was really bold and crazy. It's really hard to get attention when everyone just sticks a label to you. The start was hard, but the game slowly defended itself. I believe that everyone was just waiting to see reviews because when they started to show up, people started to come in and take notice. Fans were almost surprised that we aren't just a clone, that we have our own identity and fresh mechanics. We believe that pushing the quality beyond a typical early access game is what let us live and stand up from other titles. I think that Early Access is evolving, and slowly become something more than just full priced demos or single episodes of a fully crafted game.

Devs are also in a battle royale for an audience - This year most of our marketing content had issues with attention — not because it was bad, but we were fighting for attention with giants. It’s a lesson for everyone with a smaller budget that even the best planning and strategy can be interrupted by something completely unexpected. Our thoroughly picked release date became the same release date as SCUM, and even worse Cyberpunk’s first gameplay footage debuted that day. You can imagine where all the streamers and content creators were. Our take away from this was to always expect something to happen even if you think you picked up a clean date in the calendar for a move, and work ahead of time, do not set everything on one best picked day as you never know when the meteor drops.

For a small to medium indies, it’s the market saturation. Entry threshold for the industry is lower than ever which is fantastic but at the same time, it creates a lot of noise. The main distribution channel is not curated which makes the discovery of new interesting titles very difficult. This barrier works both ways - players don’t have tools to discover new games effortlessly and developers don’t have efficient ways to present their title to the players. Rumor has it that 2019 will be disruptive for the industry with new storefronts opening and new distribution models entering the scene. This, however, doesn’t bode well for the issue at hand but rather hints at growing market fragmentation and even more noise which will drown the small releases.

Game developers are masters of their craft (or at least they should be), and let's say this is common for professionals, but game developers differ from other craftsmen due to true passion and love for their craft. We love games, we breathe games, we dream about games, but also we bleed for them. Due to the nature of the craft, advantage can be taken out from it and often it is taken. Long work hours, crunch, a payment that is not always adequate, or not giving credit where credit is due (you worked for 5 years and left a year before the release? Tough luck buddy, no credits for you). And if you can not take the pressure you can be quickly switched for 20 other people who dream about your job. And in such an environment, we expect people to be creative, to express themselves artistically and to affect audiences with the experiences they create. Tough luck.

But there is hope, it is not all so doom and gloom. There are great places to work at and there are people who manage those places, who understand that a longer development is better than burnout of an experienced developer. And I truly believe that this will give us, as players, more interesting experiences in games and as developers, we will have longer and more fulfilling careers.

The crash of the titans. Confidence in big-budget, high-profile games has fallen considerably in 2018, lack of new IPs, plus skyrocketing production costs and development times aren’t giving the developers much room to react to user opinions and feedback, everything becomes incredibly risky.

The mid-price gaming market is growing. Players are looking for games that are a little bit different to what has come before. In addition, some of the target audience simply cannot invest high amounts of time or money into a product, meaning that some games can appear slightly daunting.

Be open with your audience. Players are tired of listening to ‘executive-type’ guys in white shirts and chinos who try and sweet talk them into buying a product, we set out to be as transparent and honest with the public as possible. We also try and respond to every message sent to us, which has become quite a lot of work as the game is gaining popularity. But the players really seem appreciate that we take time to connect with them.

Team size and single points of failure. We are a modestly-sized team, who wear a number of hats during production, one learning that this is (obviously) very intense for the individual team-members and adds a certain degree of risk to the project as we are very dependent on each other.