E3 2018: 'Tunic' is a tiny ID@Xbox game with big dreams and a big partnership to match 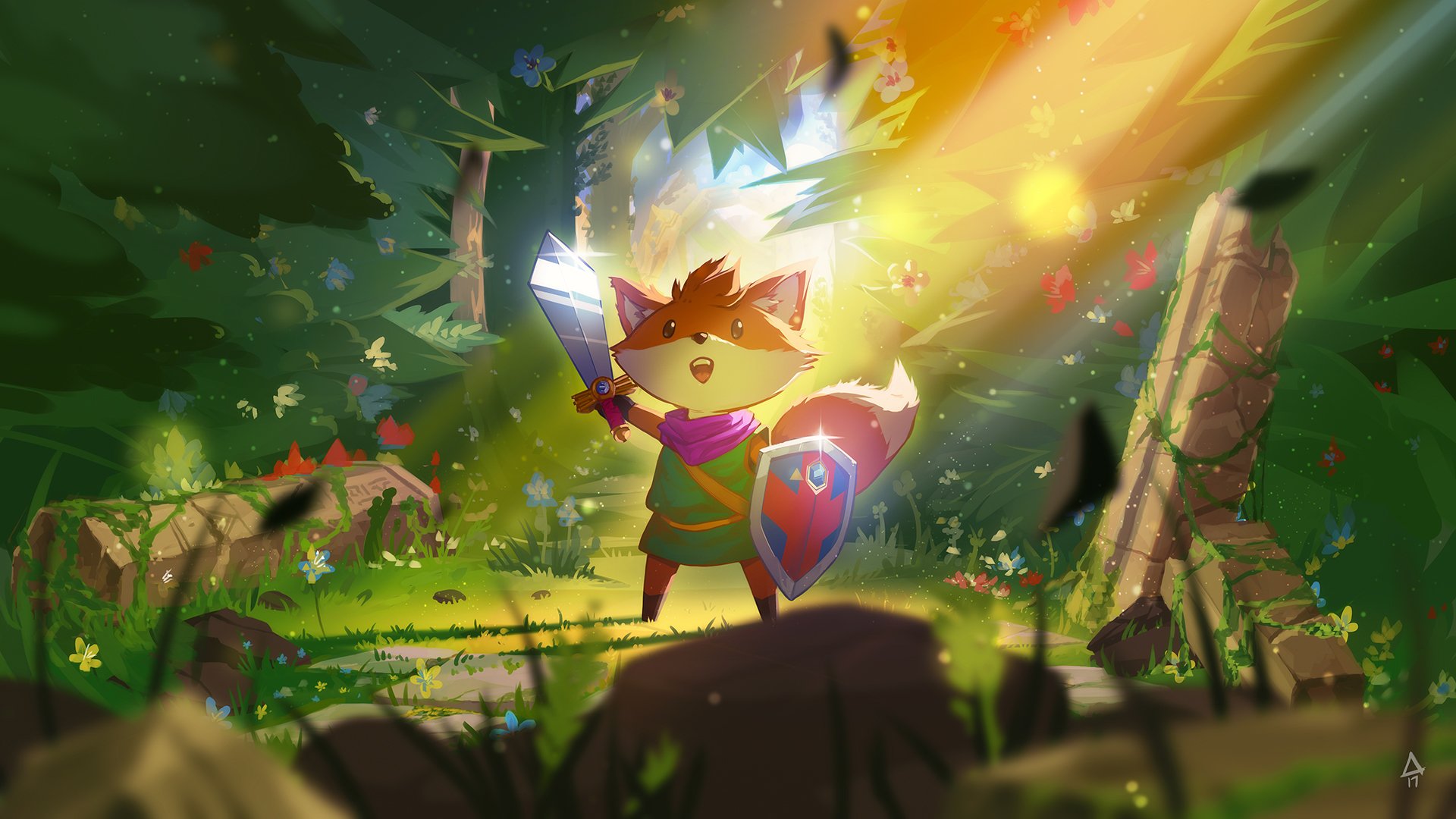 Andrew Shouldice, the one-person studio behind ID@Xbox’s latest indie darling, Tunic, has been working on his game for years. For a long time, it was just him and his fox friend working through the various stages, puzzles, and mechanics that would make up what Tunic would become. Originally announced as Secret Legend in 2015, Tunic is unabashedly inspired by Legend of Zelda. Shouldice is the artist, developer, animator, and level designer on Tunic, with Kevin Regamey (sound engineer) Terrence Lee (composer) rounding out the team.

GameDaily was treated to a behind-the-scenes look at Tunic during the Xbox Game Experience and we came away entirely enchanted.

“I think one of my favorite things about video games is the feeling of being dropped into a space and not fully understanding what's in store,” Shouldice said, grinning impishly. “What are you going to see? Where are you going to go? Feeling insignificant in a place far bigger than you could comprehend. Feeling like you don't belong. Feeling like you're sneaking into a place that no one wants you to be in. And that's a hard thing to build in a video game, where it's for a player.”

But more than the gameplay or the animation or even the music, we were enchanted by the relationship that Shouldice's company, Dicey, and Finji struck up over the course of an “unofficial mentorship.”

“I like finding things for myself, like finding the sword and thinking, 'I might not have found this, but I did,'” Shouldice remarked. “[But] I think we found each other.”

The “we” that Shouldice is referring to is Finji and Shouldice’s company, Dicey. Finji has been working with small developers for the last four years, and after a number of years of on-again, off-again mentorship, Adam Saltsman, co-founder and director at Finji, finally formalized the relationship.

“As a developer and self publisher, we have all this machinery that sits around,” Saltsman began. “And we've had a couple of cases in the past, like with Night in the Woods, where they were friends of ours already and they needed to borrow our machinery and we were happy to help out because we were big fans of the game and Kickstarter backers.

“I think Tunic is the only time where we've gone, 'Can we please share some of the machinery with you because we're worried?' Not that the game wasn't going to be good, but just that making games of a certain scope and scale is really hard. We've been informally, lightly mentoring the project on and off for years now. We were trying to figure out next steps for the game and the game just kept getting better and better and better. Things kinda worked.”

Shouldice reaffirmed that Saltsman and his wife, Rebekah, are “figures in the industry that a lot of people go to.”

With a development library as broad as Finji’s (and the Saltmans’ combined influence on social media), it’s no surprise that they’re considered pillars of the indie development community. Both Adam and Rebekah have been outspoken supporters of not just indie developers, but indie culture. “Steve Swink once called pre-kid me the Indie Cub Scout mom,” Rebekah said in a blog on Gamasutra in 2015.

Adam Saltsman’s passion for Tunic was apparent, the more we dug into the reason behind why they partnered up and why they decided to approach Xbox as their platform partner.

“We learned fast that partnering with games and wanting to share the things that we do works [best] when we're really excited about the game and can sustain that excitement for a long time,” Saltsman noted. “We've been slowly figuring that that matters a lot for distribution partners and for platform partners.

“We were talking to a bunch of people because people like Tunic. Generally you show them a fox fellow and they say, 'Yes, this is good. We'd like to help out.' But we were looking for people going beyond that. [To say], 'We love this. We love it for what it is, we love your version of it, and we want to help you do that.' And Microsoft actually did that and talked to us that way. So that gave us the confidence that [working with them] was going to be okay.”

Staying small doesn’t necessarily mean that you’ll be able to avoid having to engage with the big corporations. But it does mean that when you do enter into those conversations, you need to be smart about it.

“Dicey is pretty small and our company is pretty small, still,” Saltsman said, leaning in. “It can be kind of scary to do business with big companies. But, if you want to put stuff on consoles you have to, at some point.”

Even Xbox’s executives have descended from their lofty towers to heap praise on Tunic. Regamey, Tunic’s sound engineer, told GameDaily that since Dicey set up in their room at the Microsoft Theater, execs have popped their heads in quite a bit to talk to Shouldice and Saltsman, in addition to showing other Xbox team members how incredible the game is.

Dicey’s strategic relationships with both Finji and Xbox means that the tiny little company making a big game about a tiny little fox friend could have the ability to reach Ori and the Blind Forest’s heights. We’ll just have to wait the “at least 12 months” until Tunic’s release to see for sure.

Current and former employees are frustrated with the company's "golden boy" executives, and also with CEO Satya Nadella for allegedly enabling them.