Activision Bungie: Industry analysts talk about the future of both companies, Destiny 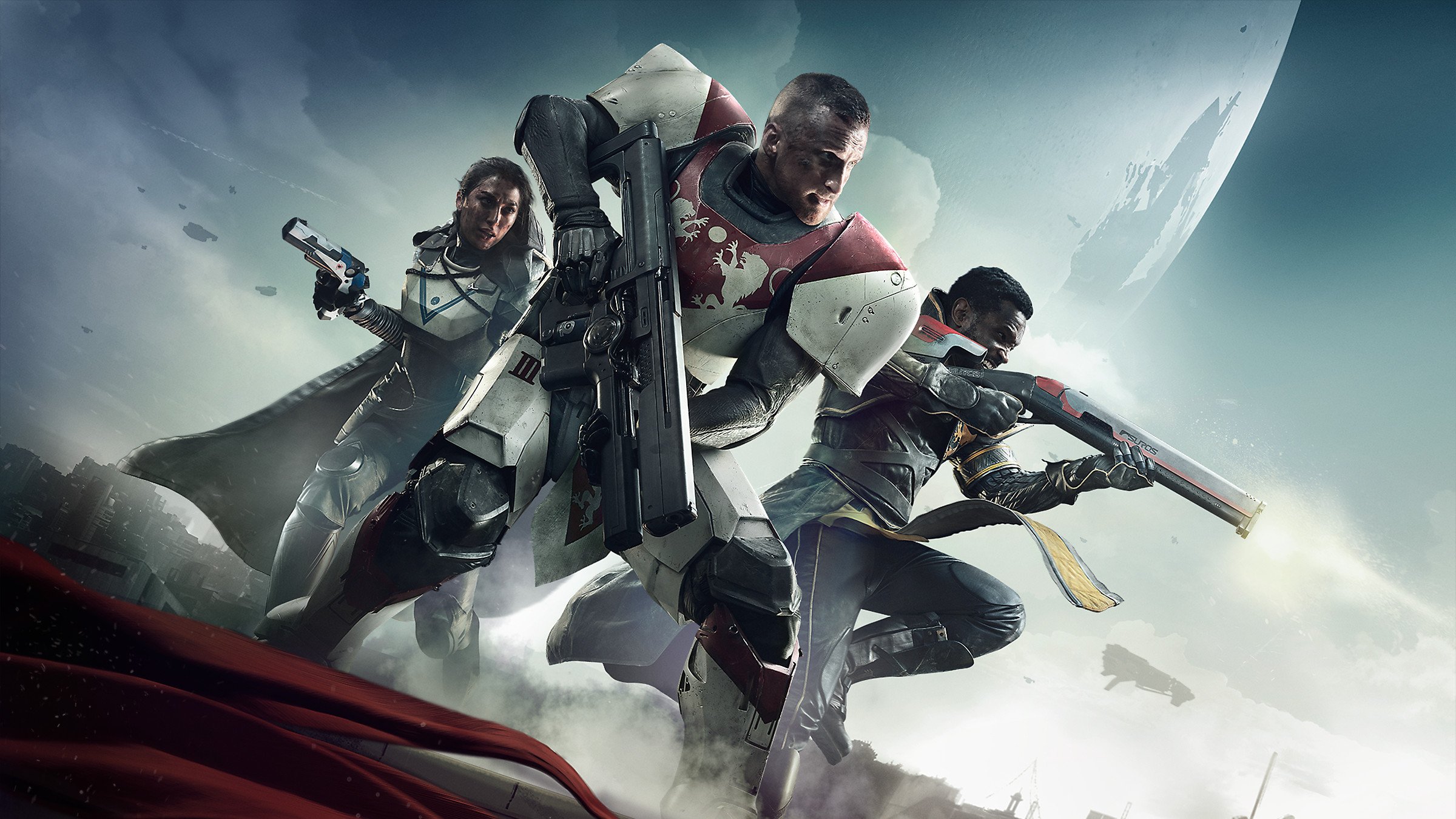 Bungie and Activision are splitting up, with Bungie assuming the publishing rights to Destiny. It's created a ripple in the industry that we won't fully get the measure of for some months. One party has gained back their full-fledged independence after signing a ten-year deal, the other seems to be going through some sort of teething troubles right now.

Bungie's future may be bright, but their business development will need constant attention if they want to remain a sustainable independent game studio. They are about to become a publisher for all things related to Destiny, in addition to their brand new IP, which was announced as a $100 million deal with Chinese company NetEase, supposedly named Matter if a trademark registration from last September is any indication.

Activision has had a few weeks of turmoil between execs leaving, including their former CFO Spencer Neumann becoming the CFO of Netflix, and an exec reshuffle as a result. As the market opened this morning following last night’s announcement, Activision stock was down as low as 13 percent, though has since bounced back and is only down a little more than 5 percent.

A few hours after the news broke publicly, Activision Blizzard announced on an 8-K that it will not recognize “material revenue, operating income or operating loss from the Destiny franchise” this year in its financials. It wasn't a favorable last quarter for Destiny 2, at least internally, so Activision-Blizzard is clearly cutting its losses and washing its hands of the MMOFPS.

We talked to a couple of game industry analysts to get some perspective and insight into what this means for Bungie, Activision-Blizzard, Activision Publishing, and Destiny.

Piers Harding-Rolls of IHS Markit told GameDaily.biz that the split doesn’t come as a surprise, adding it was a decision made all the easier by Activision not owning the Destiny IP outright.

“Destiny 2 has sold well, but hasn’t had the engagement of the first title,” said Harding-Rolls. “As such, given the commercial arrangement and revenue share, it isn’t a huge surprise that both parties have gone their own way at an earlier stage than the contract allowed.

“Seems the numbers were no longer adding up for Activision. Self-publishing allows Bungie to still make Destiny work commercially with a smaller user-base, but they take on significantly more risk as a result.

“I imagine this was a quicker and easier decision to make for Activision because the company was only ever the publisher rather than core franchise IP owner.”

David Cole of DFC Intelligence, however, said he was “somewhat shocked” when the announcement was made. “Destiny was seen as a core franchise for Activision. I figure the differences must have been pretty intense for them to let it go.”

Blizzard’s Battle.net Twitter said it would continue to support the PC version of Destiny 2 on the service, saying it did not “anticipate any disruption to our services or your gameplay experience.” But beyond that? Can we expect Destiny 3 to be a bargaining chip in the growing Epic Games Store vs Steam storefront war as an exclusive for either service?

“I think Bungie will focus on making Destiny the product they want it to be,” said Cole. “This probably will mean focusing on quality over quantity. More of a core game experience, less pesky microtransactions etc. Activision really pushed hard to make the franchise a steady, consistent earner and I imagine that was a source of friction.”

“Future Destiny games will carry weight in terms of exclusivity,” added Harding-Rolls. “Considering likely timing, this could be as relevant to cloud gaming services as it is to PC storefronts.”

Bungie is about to step into a brand new - and unknown - world as it transitions into self-publishing its own triple-A game in addition to its (potentially) new, non-Destiny IP. Harding-Rolls reckons Bungie will still need a company to help with distribution, as it’s something it doesn’t have expertise in. But as a publisher otherwise?

“Likely fine - they have been running all the games support and operations anyway. Where they don’t have expertise is in physical distribution if needed and I wouldn’t be surprised if it signed with Activision or another suitable publisher on a limited distribution-only deal.”

Cole is on the same wavelength as Harding-Rolls, though, telling GameDaily that “distribution was Activision’s core strength,” and is a weakness “Bungie needs to fill.” Bungie will either need to fill out the missing pieces at its studio internally or bring on a small publisher to help them fill in the blanks, so to speak.

Bungie’s future seems mostly rock solid, but Activision Publishing is a bit of an unknown variable. It does have mid-tier projects like the Crash and Spyro remasters from 2017 and 2018 by Vicarious Visions and Toys for Bob respectively, as well as the June 21 release of the Crash Team Racing remake from Beenox. It's also publishing and distributing From Software’s Sekiro: Shadows Die Twice.

Otherwise, it only has one major franchise. Call of Duty has Infinity Ward set to deliver this year’s installment, following on from Treyarch’s Black Ops 4 last year, and Sledgehammer Games’ WWII in 2017. Infinity Ward’s last effort in the series was the excellent Infinite Warfare in 2016.

But did Activision put too many eggs into one basket by relying too much on Call of Duty and Destiny? And what can Activision do to make sure it’s a company that’s more than just CoD? Harding-Rolls figures that the Bungie divorce is “perhaps a case of short-term pain for longer-term commercial benefit.”

He said: “Activision has always had a focused publishing schedule, but I agree that the company will be looking to fill the hole left by the Destiny franchise. Activision has a fantastic track record of building new franchises rapidly and I don’t believe it would have exited the Destiny deal early if it didn’t have a plan B.”

Added Cole: “The Activision part of the business is becoming increasingly smaller as the company tries to go to a games-as-a-service model. I think that was part of the tension with Bungie. Games-as-a-service is often about quantity over quality. You need to constantly spit content out and I think Bungie looked more at the Red Dead Redemption model where they said it is ready when we feel it is ready.

“Blizzard has been a notable exception, but it is hard to find another Blizzard. The issue Activision and other traditional publishers face is that investors are starting to realize, games-as-a-service doesn’t necessarily change the hit nature of the business. If you have a long running games as a service hit (ex Candy Crush) you have a nice, consistent, somewhat predictable revenue stream for several years. However, you need new hits to get excitement that will equal a stock jump. Activision just lost a major earner and where will the replacement come from? I don’t know.”

As a whole, though, this feels like another chestnut of bad news for Activision-Blizzard this past month or so starting before the Holidays. Between former Activision-Blizzard CFO Spencer Numann heading to Netflix, former Blizzard Entertainment CFO Amrita Ahuj heading to Square - the mobile payment company owned by Twitter co-founder Jack Dorsey, not Square Enix by the by - in addition to the departure of Sledgehammer Games co-founder Glen Schofield at the end of last year (despite taking on a new role within the publisher to explore “new game ideas for the company” a few months earlier), it’s a lot of turnover.

Blizzard co-founder Mike Morhaime’s time with the company is also coming to an end too. According to a recent SEC filing on Wednesday by Activision-Blizzard (via Dot Esports), Blizzard’s former president/CEO, replaced in October by J Allen Brack, will leave his role as a strategic advisor in April.

Between all this turnover and subsequent executive suite shuffling (as well as losing Destiny), it does feel like a changing of the guard for Activision Blizzard at the moment. Could it see some division reorganisation? And will there be more of a reliance on Blizzard’s products from Activision Publishing?

“The problem with relying more on Blizzard goes back to quality over quantity,” said Cole. “Relying more on Blizzard means pressuring them to spit stuff out which probably equals lower quality. That becomes a slippery slope. Activision Blizzard user numbers have already been declining and I think they need to make another serious acquisition, if they hope to maintain their current status.”

“There’s going to be some reorganisation like there is whenever a major franchise is mothballed or shifted away from,” added Harding-Rolls.

“Will Activision and Blizzard become one division? Unlikely, I would say.”