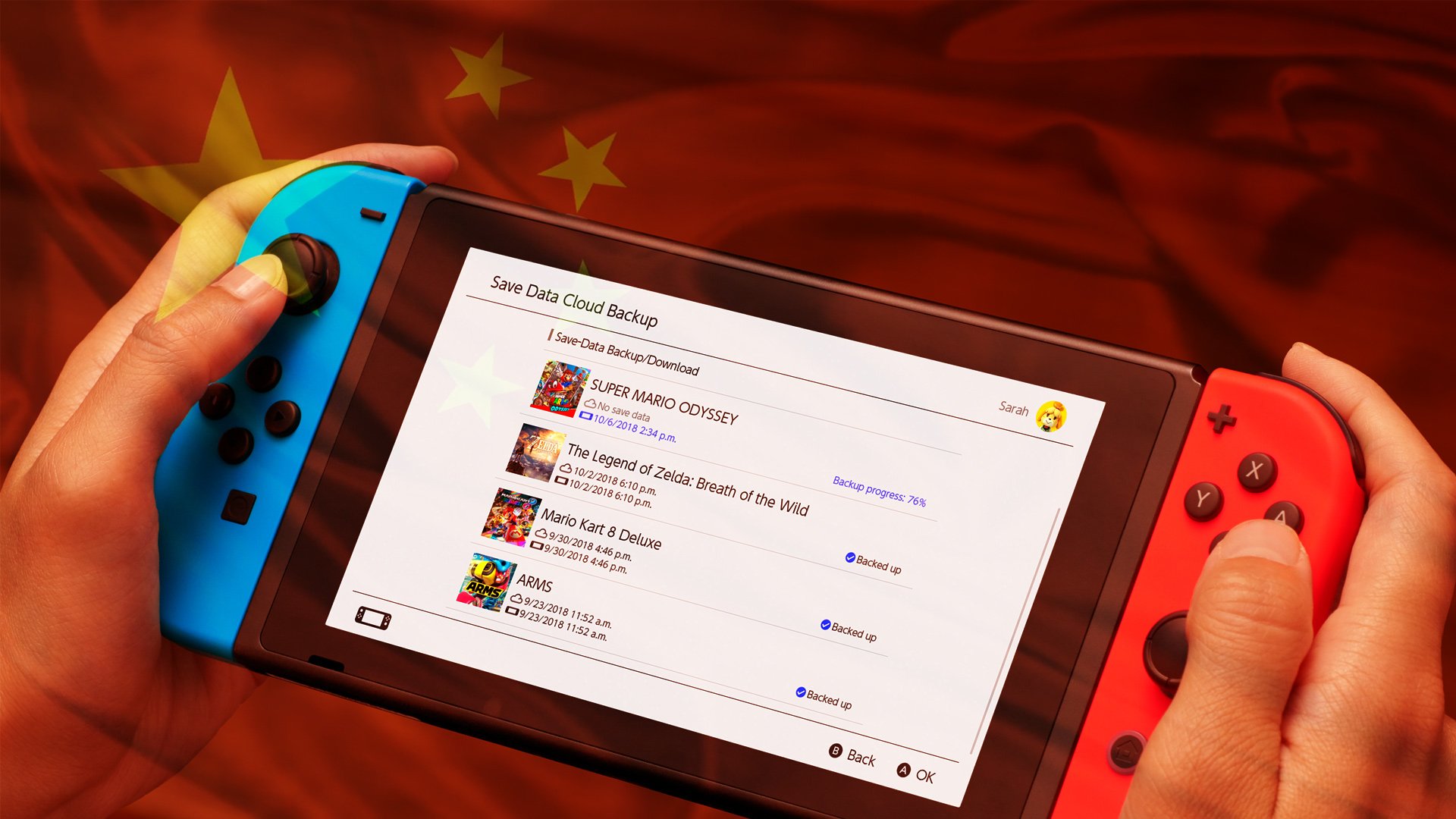 In celebration of 17 years of delivering market intelligence on the Chinese and Greater Southeast Asian digital games industry, we’ve put together 17 predictions for the industry in 2019.

You can also check up on how we did with our predictions for 2018 here.

1. China and Greater Southeast Asia (GSEA) will be home to nearly 1 billion gamers in 2019

A total of 950 million people will play games across China and GSEA by the end of this year. China will remain the largest market, but GSEA as a region is growing fast. The majority are mobile gamers. We are looking at a market opportunity of $38.2 billion across China and GSEA this year alone, so developers and publishers should be working to take some of that market share.

2. China’s temporary freeze on game licensing will have residual impact

China’s digital games market grew in 2018 despite the 9 month freeze on licenses that happily ended at the end of December. 2019 will see further, albeit slower, growth as well.

There is a huge backlog of games to be reviewed, expected to take at least half of the year to clear. Therefore, we believe that it may take some time for the big AAA titles to finish the content review process, even if they were submitted for approval in 2018.

3. Gaming regulations in China will become even stricter

Regulations are the biggest barrier to market entry in China’s games industry. In 2018 the central government disbanded the primary regulator of games, SAPPRFT, and introduced the latest in a chain of games regulators. The new entity is State Administration of Press and Publications, which is located in the propaganda department. We anticipate additional regulations in 2019 to curb potential gaming addiction among minors, such as requiring anti-addiction systems to be built into mobile games, as well as a harder line on games that may not reflect China’s social values, and a reduction of poker and mahjong games.

4. Esports will still be the main driver of growth across China and GSEA

2018 was an important year for esports in China and GSEA. The introduction of esports at the 2018 Asian Games demonstrated the importance of esports in the region. The recent victory by a Chinese gaming team at the LoL World Championships was meaningful too. Mobile esports holds the biggest opportunity right now, as it opens the industry to a much larger audience. We expect to see an increase in audience size, viewership, engagement and tournaments – on PC and mobile. We forecast total revenue from esports games in 2019 to reach $14.4 billion in China, up 19% YoY, and $2 billion in GSEA, up 22% YoY.

5. Esports in GSEA will be driven by non-endemic brands in 2019 and beyond

In 2018, we saw telecommunications companies moving into esports in a big way.  Globe Telecom of the Philippines, Singtel of Singapore, and True Corporation in Thailand have all been very active in esports, either hosting or acting as the title sponsor for major esports tournaments and events in Southeast Asia.  Traditionally, hardware manufacturers and game publishers have been the driving force behind the growth in esports, but this will be driven by companies non-endemic to gaming looking to be associated with esports either for commercial or branding purposes.

Cloud gaming will allow players to stream AAA quality games to any device, regardless of whether the hardware is powerful enough to play the game locally. We believe this will open up the games market to a much larger audience, allowing them to play high-end PC quality games on their smartphone or other gaming device. We believe that Chinese companies like Tencent, Alibaba, Huawei and others will demonstrate this technology in 2019 as they already have cloud solutions of their own. Huawei’s sub brand, Honor, recently announced its V20 smartphone which comes with GPU Cloud, a feature that allows players to stream high-quality PC games straight to their smartphone.

7. Pan-entertainment IP will be utilized on a global scale

Marketing budgets and user acquisition cycles are optimized by the notion of pan-entertainment, which is when a known intellectual property (IP) is used across multiple platforms, such as mobile game, book, movie, TV show, comics, PC game, and others. Developers will create or license IP based on global appeal, and then strategically move it into multiple platforms. We expect to see a number of Chinese and GSEA companies expand their IP beyond the region for the global audience.

China game exports grew at a faster rate than China’s domestic game market in 2018, primarily due to the temporary freeze on game licensing, and partially because Chinese developers have begun to look for growth outside of their home market. NetEase generated over 10% of its Q3 2018 game revenue from overseas sales thanks to the title Knives Out. The company has also created partnerships with Bungie and Mattel to develop games for a global audience. Look for more exports and global partnerships this year, to strengthen Chinese companies’ presence overseas.

Tencent launched its WeChat Mini Games platform at the beginning of 2018 and found success with the simple, short yet competitive games that appealed to both new and veteran gamers. Some Chinese smartphone manufacturers have announced plans to launch mini games platforms too. Mini games and HTML5 games will play a much bigger role for casual gamers, who (hopefully) will then transition to play mid- and hard-core games.

11. The number of game livestream viewers will exceed 300 million in China

Game livestreaming is a major phenomenon, particularly for new game releases, esports tournaments and unique game related content from popular streamers. Douyu may follow Huya by filing for an IPO this year. We anticipate more than 300 million people will watch livestreams in China in 2019.

Small developers and publishers rely on short development cycles and quick releases to stay afloat. The 9-month freeze on game licensing had a negative impact on these companies as they were unable to publish new titles, which led to negative cash flow. Stricter regulations also impact smaller developers more pronouncedly than larger firms. This, plus lower growth rates, could lead to industry consolidation.

5G is set to launch in China this year with data speeds purported to be up to 20x faster than 4G. The result should be a faster and smoother experience for players, including faster content updates, smoother online multiplayer gameplay and leveraging cloud computing to stream parts of the games. 5G supports a high number of connections, which means that games can be designed for a large number of players and interactions.

14. Console gaming will continue to grow but remain niche

The console games market in China and GSEA has benefited from game localisation, distribution and regional pricing. We anticipate growth in unit sales of consoles in 2019, primarily driven by price cuts for the Nintendo Switch and PlayStation 4. Consequently, there will be growth in unit sales of games, also driven by new game releases and cheaper prices for back catalogue titles through digital distribution platforms.

We predict that Nintendo Switch will announce plans for a China launch in 2019.

A fintech revolution is making localized mobile payments in GSEA easier, and, in some ways, more advanced than in the West. Gaming companies in the region, such as Razer, are heavily investing in the mobile payments space. We expect this to be one of the factors, along with improving mobile internet infrastructure and lower data costs, driving digital games growth in the region.

16. Localized growth and development will replace regional strategy for GSEA

What was once a simple “one-size-fits-all” strategy for many companies looking to publish in GSEA, has shifted to a localized approach. Companies have begun to treat GSEA as a series of smaller, independent markets. There is demand for talent, game titles, and technology solutions at the local level now, as opposed to only at a regional level in the past. With companies, such as Garena, now focusing on developing and self-publishing titles, and other companies in the region, such as Agate of Indonesia and VNG of Vietnam, finding success in the market, 2019 will be the year where we see the shift from international companies driving the market forward, to gamers adopting home-grown games and titles.  Multinational giants with popular titles will always have a home in Southeast Asia, but moving forward, we will see many local companies explode on to the scene to propel the market forward.

17. The India games market is finally taking off

The games market in India is finally taking off, primarily because Jio, a mobile network operator in India with 263 million subscribers, catapulted mobile gaming by giving 4G for free to all users. We expect usage and revenue to climb dramatically in India, and to see industry attention turn towards this market. 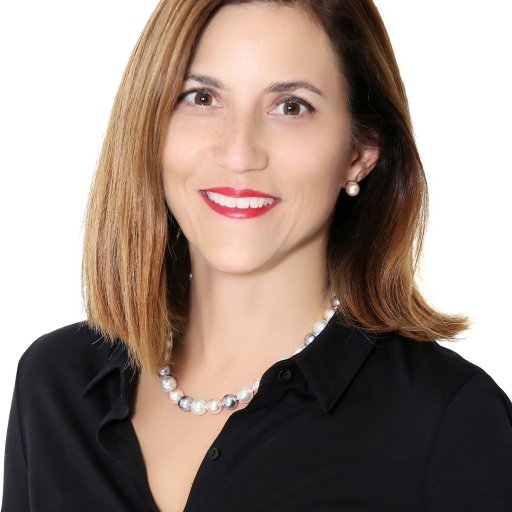 Lisa is the Managing Partner and Founder of Niko Partners. Her responsibility includes client relations, research & analysis, business development, operations, and partnerships. Lisa founded Niko Partners in 2002 and has since honed her expertise on the Chinese and Southeast Asian online games industries that has benefitted Niko’s clients, companies that are global leaders in game publishing, game services, hardware, and investments. She is based in the US but travels to China regularly. You can stay up to date with Niko Partners via its free weekly newsletter, blog and on Twitter.