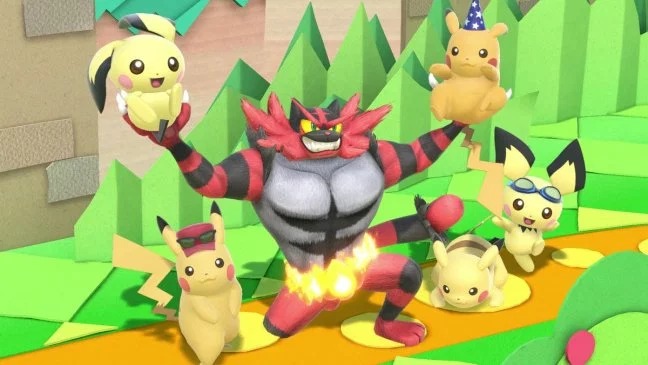 Nintendo’s hope for reaching 20 million Switch console sales in the fiscal year ending March 31, 2019 was predicated on a consistently strong year. The holiday season did its job, but with a software slate that wasn’t quite up to FY 2018’s, the House of Mario has dropped its targets.

Despite more than 9.4 million units sold worldwide during the holiday quarter (bringing the total for the year so far to 14.49 million), Nintendo only anticipates its final three months moving 2.5 million Switch consoles. With only Yoshi’s Crafted World (releasing on March 29) on the first-party slate before the end of the year, the conservative approach is understandable.

Nintendo also posted gains across the board in its financial report. For the nine-month period ending December 31, 2018, net sales increased 16.4 percent year-over-year to ¥997.2 billion ($9.1 billion). Operating profit jumped 40.6 percent to ¥220 billion ($2 billion), and net profit increased 24.9 percent to ¥168.8 billion ($1.5 billion). Nintendo also announced that its next mobile game, Mario Kart Tour, has moved out of this fiscal year with a release now planned for Summer 2019.

Nintendo did lift its Switch software targets from 100 million to 110 million, in part due to Super Smash Bros. Ultimate’s impressive sales. In its first three weeks, the arena brawler moved more than 12 million copies. It leads a slate of 20 million-sellers during the fiscal year for Nintendo (including games from other publishers).

There was only one 3DS game that has reached the million-unit mark in FY19. Mario Kart 7, released in December 2011, has sold 1.07 million copies, bringing its lifetime sales to 18.1 million.

Nintendo was forced to drop its projections for 3DS console sales in the current fiscal year by almost half, from 4 million to 2.6 million. Software targets have also been lowered from 16 million to 13 million.

The 3DS, now almost in its eighth year, is nearing end-of-life. Nintendo has extended its life by releasing new versions and shifting now toward less expensive 2DS systems that drop the 3D function. More than 75 million units have been shipped across the handheld family.

By comparison, the original DS shipped twice that at 154 million units. The widespread adoption of smartphones is seen as a key driver in the decline of the handheld gaming market.

Nintendo has been re-releasing marquee DS titles for the 3DS and 2DS recently, with two Mario & Luigi RPGs and the original Luigi’s Mansion (first appearing on Gamecube) getting the refresh treatment. With the exception of Atlus’ Etrian Odyssey Nexus (releasing on February 5), Yo-Kai Watch 3 (releasing on February 8), Kirby’s Extra Epic Yarn (a re-release of the Wii title coming on March 8), and the recently confirmed for the west Persona Q2 (out on June 4), the 3DS library is empty. It’s time to start saying goodbye.

A sunset for the 3DS leaves Nintendo without a current budget option in its hardware lineup for the first time in years. While it might seem time for a Switch price drop or a hardware refresh that would bump the launch version to entry model status, Nintendo is standing firm.

In a recent interview in The Sankei News (translated by Nintendo Everything), Nintendo president Shuntaro Furukawa says that neither are in the offing. A Nikkei report today (and Nintendo’s own established pattern of hardware refreshing) seem to contradict that.

Nintendo plans to stay the course (at least for now). There’s no reason to budge, if the company can nudge the 3DS along until competitors Sony and Microsoft announce new hardware (likely for sale in 2020). At that point, Nintendo will likely slash the price and/or refresh the Switch hardware to keep it in a conversation that its competitors will surely dominate.