E3 2018 shows that consumers are still getting a raw deal 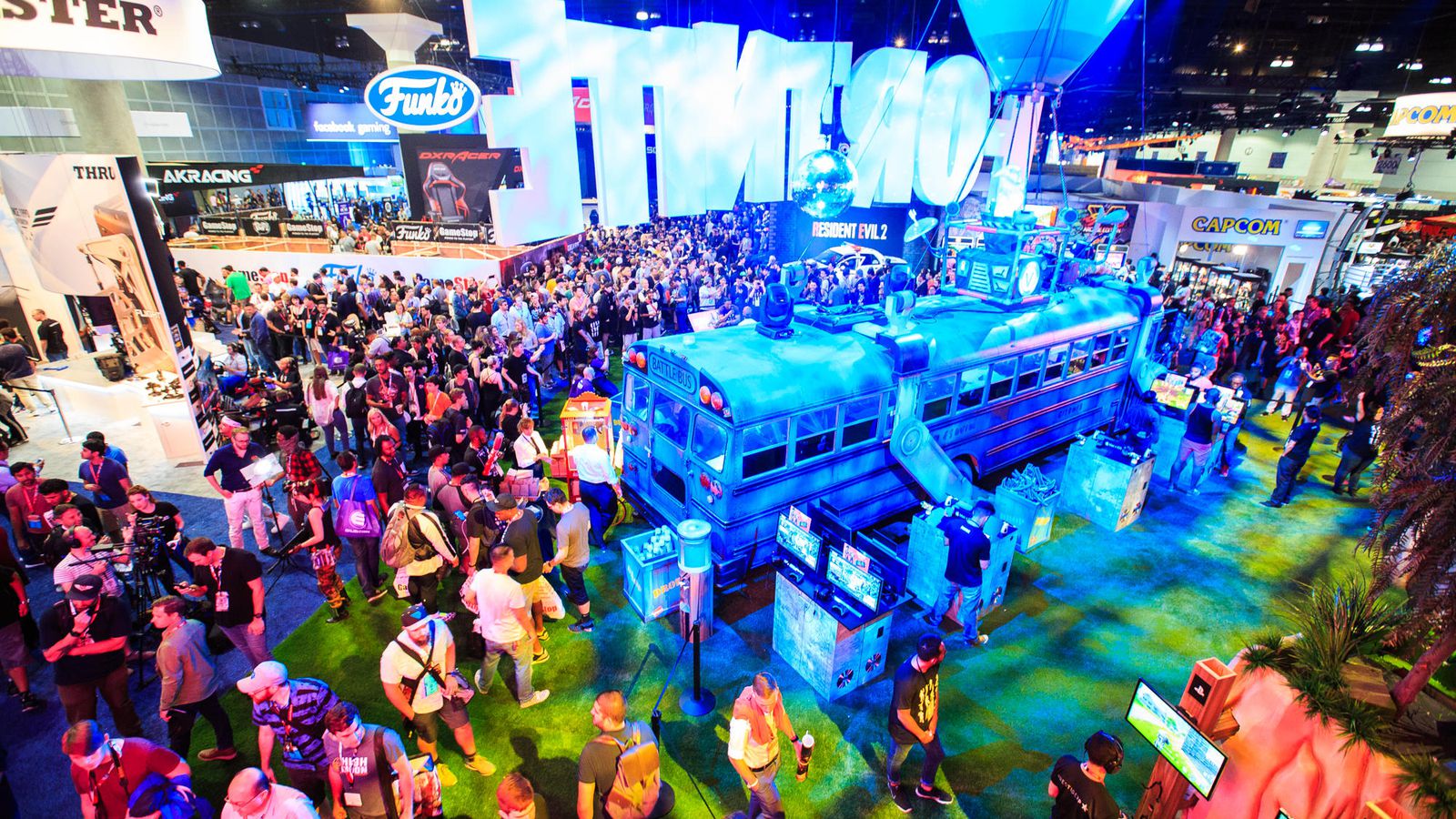 E3 2018 wrapped up last week and nearly matched its all-time attendance high of 70,000 from 2005, bringing a grand total of 69,200 to the halls of the Los Angeles Convention Center. There were more than 200 exhibitors and 85 of those companies were new to E3, according to the Entertainment Software Association (ESA).

The trade body representing US games publishers called E3 2018 an “enormous success” and many would agree with that sentiment. From an industry standpoint, there was a lot to see and plenty of productive meetings to be held. But what if you were one of the 15,000 gamers that the ESA sold tickets to - was the show a good value? GameDaily spoke to a handful of gamers wandering the show floor, and the answers we got were not the most encouraging.

To put the ESA’s problem in the simplest of terms: E3 remains an industry event, which now charges the public for entry but without giving gamers industry-level access.

The biggest problem by far appeared to be a logistical one: long lines prevented people from seeing all the games they wanted to. Some massively popular titles, like Kingdom Hearts 3, Assassin’s Creed Odyssey, Super Smash Bros Ultimate or anything at Nintendo’s booth could take hours of waiting to see.

I was standing in line for Black Ops 4 and it was three hours long. That was Tuesday and that's already more than half my day gone.

“Kingdom Hearts 3, somebody told me they were in line for four hours, and I want to play it, but standing in line for that many hours is a long time,” said one gamer, Denzel. "I try not to get into lines like that. Either I try to get here as early as possible, or I'll wait in line an hour or hour and a half at most. Two hours I feel is too long, especially when there are a lot of other games that I could be playing. Some games that I am interested in I feel I can't play because of the line. That is one negative about it.”

Denzel was one of the lucky first 1,000 gamers who got an E3 ticket at a discounted price of $150. Although he didn’t have access to everything he wanted, he looked at the situation in a positive light. “There's a lot of other games you can play. So there's opportunities for you to play something,” he said. “I know people who paid $250 and they're trying to play everything."

Denzel did not like the industry and media attention that he witnessed, though. Some games were only shown behind closed doors, and for the 14,000 consumers who paid $250, that doesn’t seem fair.

“I know certain games they only show to you [in the media] behind closed doors - like Cyberpunk 2077, they showed the trailer at Microsoft's briefing but we haven't seen any gameplay for that. I know you probably saw that so stuff like that, games that [publishers] know people are looking forward to we don't get to see, so that's something I'm hoping to see in the future. I know in the South Hall they have the Resident Evil 2 remake and it's inside, so unless you're in that line and get to play you can't even see what's going on,” he lamented.

Another gamer, Daniel, was even more down on the show. Daniel paid the full $250 but felt he lost most of his time just standing in various lines.

"I found most of the lines to be a little ridiculous. It's definitely way overcrowded,” he complained. “I was standing in line for Black Ops 4 and it was three hours long. That was Tuesday and that's already more than half my day gone. Same thing on other days and now you have to sign up for time slots.

“To me, I didn't feel that was worth it because I also wanted to sit in on panels, not just see games, but see what others have to say about them… All the stuff where reporters, guys like you, only have access. It's my first time and I find out it's only for media outlets. So then I'm looking to play games and it's three hours here, two hours here, 30-minute line here, cut off, come back later…”

Daniel said that there’s no way he’d pay $250 again next year. “Maybe I'd pay this price if they sold it to a more limited number of people so there wasn't three-hour long lines, so you'd be able to get do everything you wanted to do. Today, I only got to do maybe three or four games out of both wings,” he added.

Ultimately, the ESA is trying to serve both a consumer and industry audience, but it’s struggling to find the right balance. John Davison, a long-time media veteran (1UP.com, Glixel) who now works on media products and content for mobile games company N3twork, tweeted out that E3 was “a really shitty, badly organized experience” for the fans. GameDaily followed up with Davison for more context.

“It feels like an event that’s been going through an identity crisis for a few years now, and it needs to get out of the weird limbo it’s in,” he remarked. “Right now it’s an industry event that lets fans in after charging them an enormous amount of money and then treats them like being allowed through the door should be enough.”

You see, Davison registered too late and was forced into buying a plain consumer ticket. It’s a bit eye-opening for media who are mostly treated like VIPs by companies at these events to suddenly get shuffled around like cattle.

“With a few notable exceptions – like Epic’s Fortnite booth – it didn’t feel like an open, fan-friendly event at all,” he continued. “Lots of the good stuff felt like it was very closed off, and it was almost impossible to get to play anything. I talked to people that had been there all day and got to play maybe three games during their entire time. I tend to think of things like this through the lens of, ‘Would I bring my kids to this?’ For $250 a pop...or even $150, the answer is a firm ‘no.’"

Many people have voiced their desire for separate consumer and trade days, much like Germany’s Gamescom offers. Davison agrees with that sentiment.

“There’s potential in the format, but the event’s purpose is no longer as clear as it used to be. There’s still value as a trade event - but let’s have a trade day (or two) so the people that need to see stuff can take the meetings and see the demonstrations and watch the keynotes – but then the public activity needs to be separate, not blended in,” he said.

Even if the ESA gets to that point with E3, the problem is that the Los Angeles Convention Center (LACC) is limiting, as ESA head Mike Gallagher has acknowledged as much. There is a plan reportedly in place to expand the footprint of the LACC into LA Live and the JW Marriott, adding another 350,000 sq feet. That may not be completed until 2021 at the earliest, however. And keep in mind, that an event like Gamescom has seen attendance figures around 200,000 people. That’s hard to compete with.

One way to get around physical limitations of a venue (apart from switching cities and/or venues) is to think of E3 more as a “festival,” said Davison. Indeed, if you think of EA Play, the various press conferences across LA and even Devolver/Good Shepherd across the street, E3 has already broadened its scope. E3 may technically be three days, but the concept of E3 is festival-like, and it’s at least a week-long now.

It’s the most important event in video games every year – it’s a moment where the whole world pays attention to what’s next and how significant video games are as part of pop culture and entertainment. Let’s not squander that.

“E3 has the luxury of defining a moment in time every year where our expectations as gamers are that there will be exciting new things to see. There’s huge potential to look beyond the confines of what a trade show is, and think of E3 as a celebration of games and gaming – something that’s as much a festival as it is a glimpse of what’s next,” Davison remarked.

“Companies have been stepping outside the boundaries of the convention center of their own accord for years, so let’s think of it as something bigger, more collaborative and more inclusive than booths, press conferences and brand activations behind a velvet rope. We saw more stuff around LA Live this year - but there’s potential to expand upon that and have the downtown area host something that puts fans first.

“It’s the most important event in video games every year – it’s a moment where the whole world pays attention to what’s next and how significant video games are as part of pop culture and entertainment. Let’s not squander that,” said Davison.

The ESA has a tall order to fulfill, but as Gallagher told us, the E3 team is constantly listening to feedback and adjusting the show’s formula. For many, E3 remains the biggest event of the year, from an industry standpoint and a cultural one. With the right tweaks, E3 could absolutely shine as a pillar for fans and industry alike.