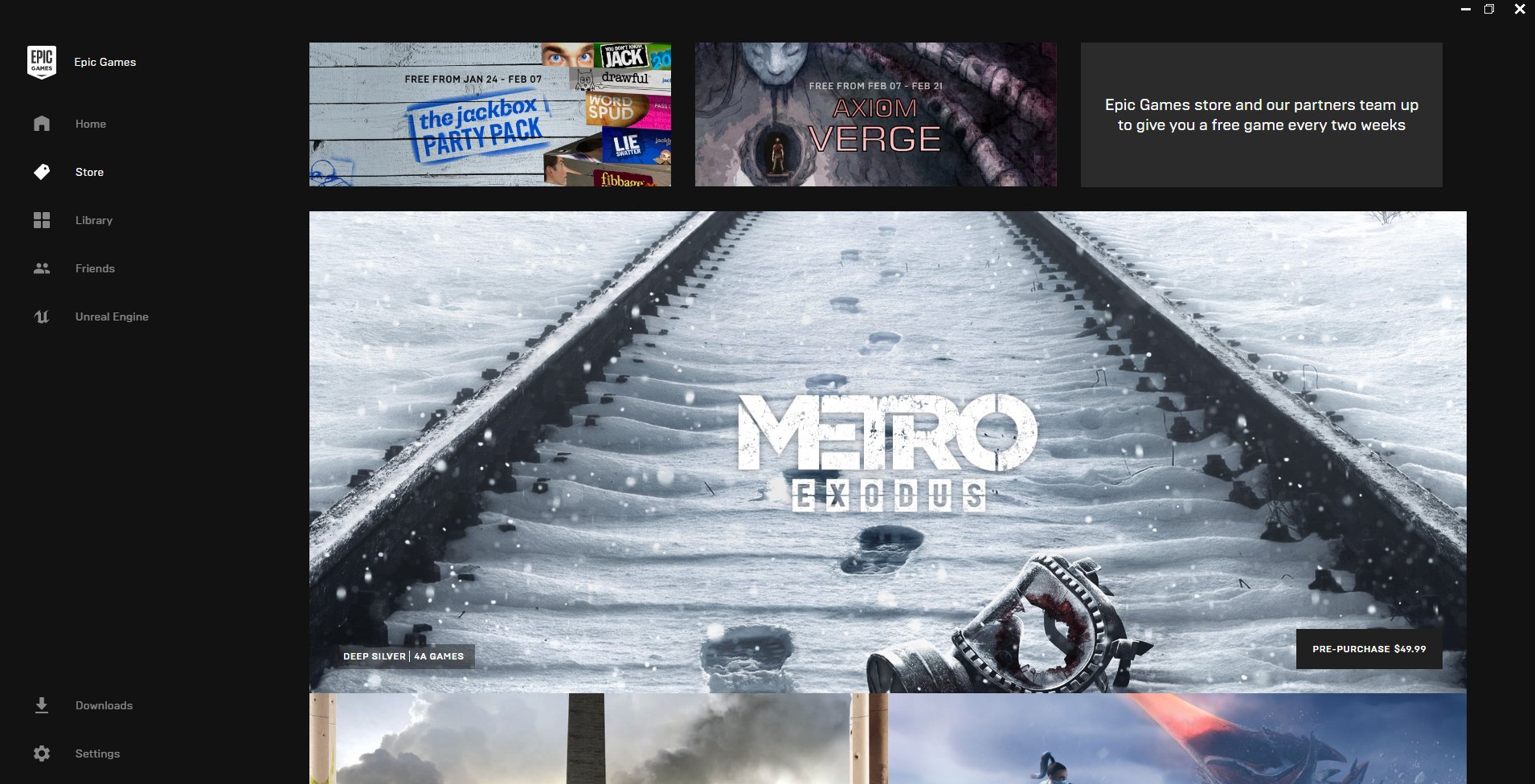 It’s been just a little over two months since Fortnite publisher Epic Games announced its own digital storefront, and in that short amount of time the Epic Games Store has managed to cause some major disruption. Called a “shot heard ‘round the gaming world” early on by GameDaily’s Mike Futter, Epic’s storefront brought with it a revolutionary 88/12 revenue share that gives more of the profits directly to developers. This puts Valve’s own revenue agreement in the spotlight, as Steam’s tiered system at best only gives devs 80%, and that’s only after $50 million in sales. Since then, games ranging from indie to AAA have dumped Steamin favor of the Epic Games Store, a move that Valve called “unfair.”

EGS will also be allowing developers to opt in to “almost all future sub-systems,” according to a tweet from Epic’s Sergey Galyonkin. This includes achievements, which aren’t yet live, to the chagrin of some gamers.

Galyonkin’s comment comes weeks after Epic founder Tim Sweeney tweeted that the store would allow devs to opt into reviews in order to avoid review bombing, a common tactic used ticked-off gamers. There’s good reason for game makers to worry about these campaigns; after Deep Silver announced that Metro Exodus would be a timed Epic Games Store exclusive, the previous games in the series were bombarded with negative reviews on Steam. Some gamers have accused Epic of trying to “silence consumers” by not making avenues for feedback immediately available.

In contrast to Sweeney’s previous statement, Galyonkin’s tweet claimed that opt-in reviews “aren’t the solution to review bombing.” Galyonkin further added that there are other solutions to combat review bombing, “but most will be controversial.”

It’s worth noting that despite the ongoing Twitter threads, the Epic Games Store has not officially detailed how its review system will actually work. In an email to GameDaily, Epic said, “Sergey's and Tim's responses are conversational and not meant to be taken as an announcement of a feature or future details.”

It’s important to remember that it’s still extremely early in the Epic Games Store’s existence, and Epic will probably experiment with plenty of features to find a way to make the storefront appealing to developers and consumers. After all, Steam has been around for over 15 years, and has multiple several major iterations and policy shifts in that decade and a half.

Gamers may be upset about games moving away from Steam and Epic’s lack of feedback options, but at the very least, the Epic Games Store is shaking up a digital distribution system that had long been stale. And as Galyonkin (of course) tweeted, “Epic is not a better Steam. It's built on different principles and while it will have some of Steam's features, it doesn't aim to mimic it.”