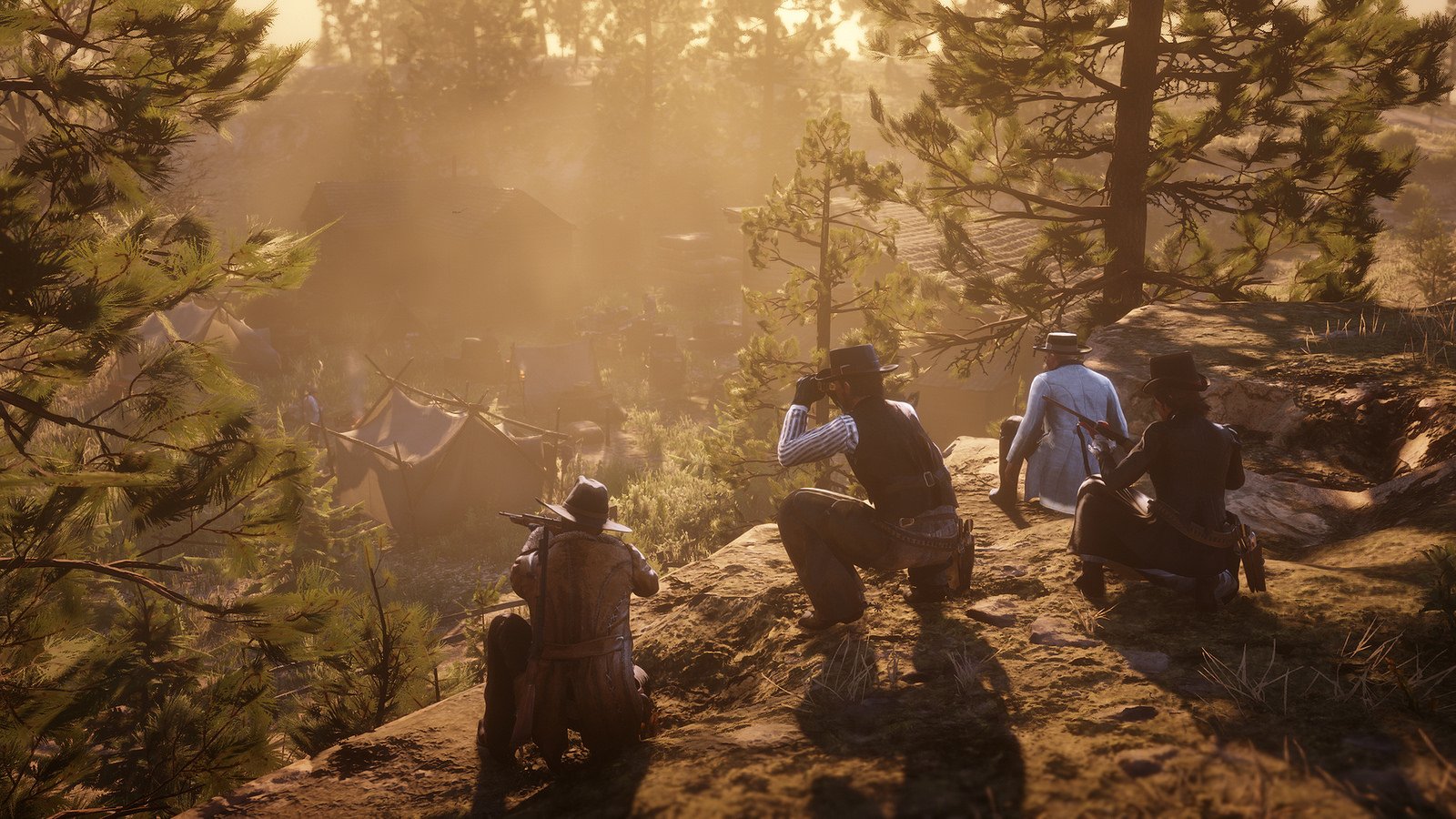 Take-Two Interactive reported a strong Q3 fiscal year 2019 financial report today, based on an 8-K filing and press release from the publisher. The company’s financial statistics suggest Red Dead Redemption 2 wasn’t just a major success for the company, but rather, its online counterpart Red Dead Online will lead the way for future games-as-a-service content.

Take-Two revealed that Red Dead Redemption 2 sold-in over 23 million units worldwide as of Feb. 6. Along with earning over $725 million in revenue during its opening weekend, making it "the biggest opening weekend in retail sell-through across all entertainment releases,” Red Dead Online's beta is performing better in terms of engagement than Grand Theft Auto Online did during its comparative initial release stage.

“Just by comparison, if you compare engagement at this stage of the game in Red Dead Online versus where we were with Grand Theft Auto Online, Red Dead Online is doing even better,” Zelnick told GameDaily.biz. “So that's exciting. It is early days, and there's more content to come, but consumers seem to love it and we couldn't be more excited or more optimistic.”

While Zelnick stated that it's "hard to know" and "hard to measure" whether Grand Theft Auto Online and Red Dead Online’s user-bases experienced cross-pollination between the two franchises, he was quick to point out that the company doesn't "believe there's cannibalization” between the two online titles. In terms of combined active users between both two games, Zelnick didn’t divulge specific player counts, although he felt both multiplayer games were a noteworthy success for Rockstar Games.

“[Both games’ combined active users] set a new record for Rockstar Games, which if you think about it given that Red Dead Online is early and in beta, and Grand Theft Auto Online is five years old, that's pretty amazing that we're setting a new record with the two of them,” Zelnick explained.

“I think we've said specifically that the world has evolved, and the term ‘recurrent consumer spending’ is intended to reflect that, to distinguish between the sale of a full game and everything else, all other net bookings that are created by consumer engagement,” Zelnick told GameDaily.biz. “Does that mean we have to change and get better at what we do? Sure, five years ago we didn't have any live ops expertise and now we have a great deal of live ops expertise both at Rockstar and at 2K obviously because of NBA 2K which is performing incredibly well.”

This may prove particularly useful for Take-Two Interactive as its turns its eyes to a new growth opportunity: China. Based on the games-as-a-service model’s popularity within the country, it’s easy to see how ongoing content could immensely benefit Take-Two’s further engagement with the region.

“One of the areas we're incredibly excited about is the development of Asia, specifically China. We have a lot of traction in China, we have NBA 2K Online 2 in China with 45 million registered users,” Zelnick told GameDaily.biz. “We're the number one PC sports title, and we were meaningfully up with that title. So China remains very exciting to us.”

Granted, Take-Two investors may not walk away with that impression after seeing the company’s performance on the market today: by 12:55pm ET, Take-Two's stock dropped by 13.3 percent, according to The Motley Fool. That isn’t necessarily because Take-Two’s is in dire straits financially, though. Rather, the company missed its performance consensus for fiscal year Q3 2019. Investors seem to have reservations about the company’s handle on a AAA games industry where loot boxes, microtransactions, and other forms of concurrent spending buoy games that are easy to pick up, free to play, yet retain users in the long-term.

“While Take-Two's results were positive, investors may be concerned about the company's ability to adapt to a changing video game industry,” Timothy Green writes. “Free-to-play games like Fortnite have become extremely popular, and this trend could threaten Take-Two's dependence on blockbuster games to drive growth.”

It’s an open question whether Take-Two will be able to adapt and refine its games-as-a-service model. But Grand Theft Auto Online and Red Dead Online seem like a good start.