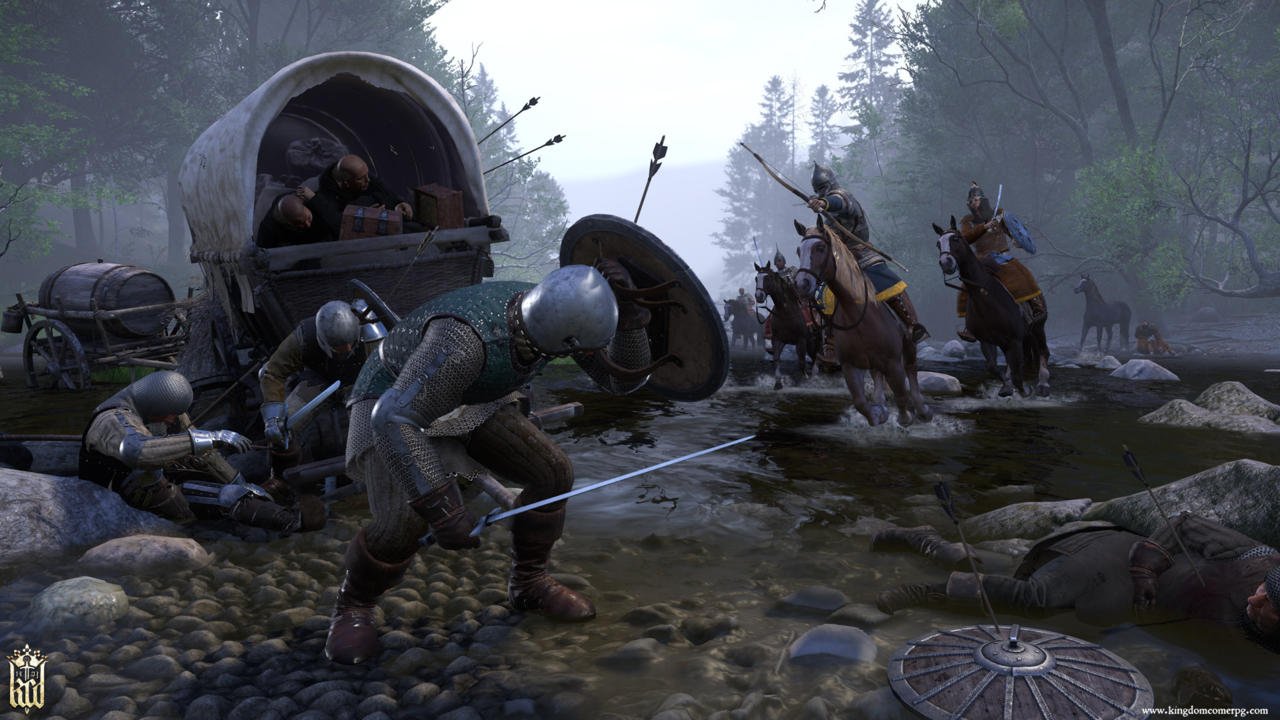 Kingdom Come: Deliverance was originally Kickstarted in 2013, bringing in £1.1 million ($1.7 million) from 35,384 backers. A number of delays shifted it outside its original 2015 launch window. It was finally released exactly a year ago on February 13, 2018 and has since sold two million copies.

Warhorse Studios enlisted assistance in bringing its game to market, tapping Deep Silver to handle marketing and publishing. Koch Media (which owns Deep Silver), also has a thriving retail distribution business in Europe and has provided publishing assistance for a number of Kickstarter projects, including Mighty No. 9, The Bard’s Tale IV, and Shenmue III.

Warhorse Studios is a potentially controversial acquisition, as co-founder Daniel Vavra will remain in his role. Kingdom Come: Deliverance caused controversy during its development due to statements Vavra made by in support of GamerGate, as well as comments about his game’s historical accuracy related to people of color.

Koch Media and Deep Silver were purchased by THQ in June 2018. Since then, the company has picked up the defunct Kingdoms of Amalur IP, Goat Simulator creator Coffee Stain, and Wreckfest developer Bugbear.

Darksiders 3, which was met with tepid critical response, met expectations. The game has broken even, inclusive of marketing spend. Two DLC drops are planned for the game.

The publisher also detailed its upcoming game lineup. These include Coffee Stain’s Satisfactory, Saints Row: The Third on Switch, and BioMutant among other internal projects. There are also a number of external publishing agreements listed, including Avalanche’s Generation Zero, inXile’s Wasteland 3, and Pillars of Eternity 2 on all three major console platforms.

Deep Silver’s long in-development Dead Island 2 is also listed as a live project. That game was announced at E3 2014. At the time Yager was on-deck to take over the franchise from Dying Light developer Techland. Yager has since been removed from the project, with Crackdown 3 campaign studio Sumo Digital now in charge. Nothing has been seen of the game since it was playable in extremely rough form at Gamescom 2014.

As of the end of 2018, THQ Nordic has 77 projects in development, of which only 29 are announced. Of the 77, 25 were started during the last quarter of the fiscal year.

THQ Nordic continues to grow, with a seemingly insatiable appetite for current AA and indie studios and properties, as well as legacy AAA games. While Darksiders 3 performed to expectations, it didn’t wow critics, especially in the dense holiday quarter. THQ will need to continue to grapple with the balance between quality and quantity as it continues to grow and mature.