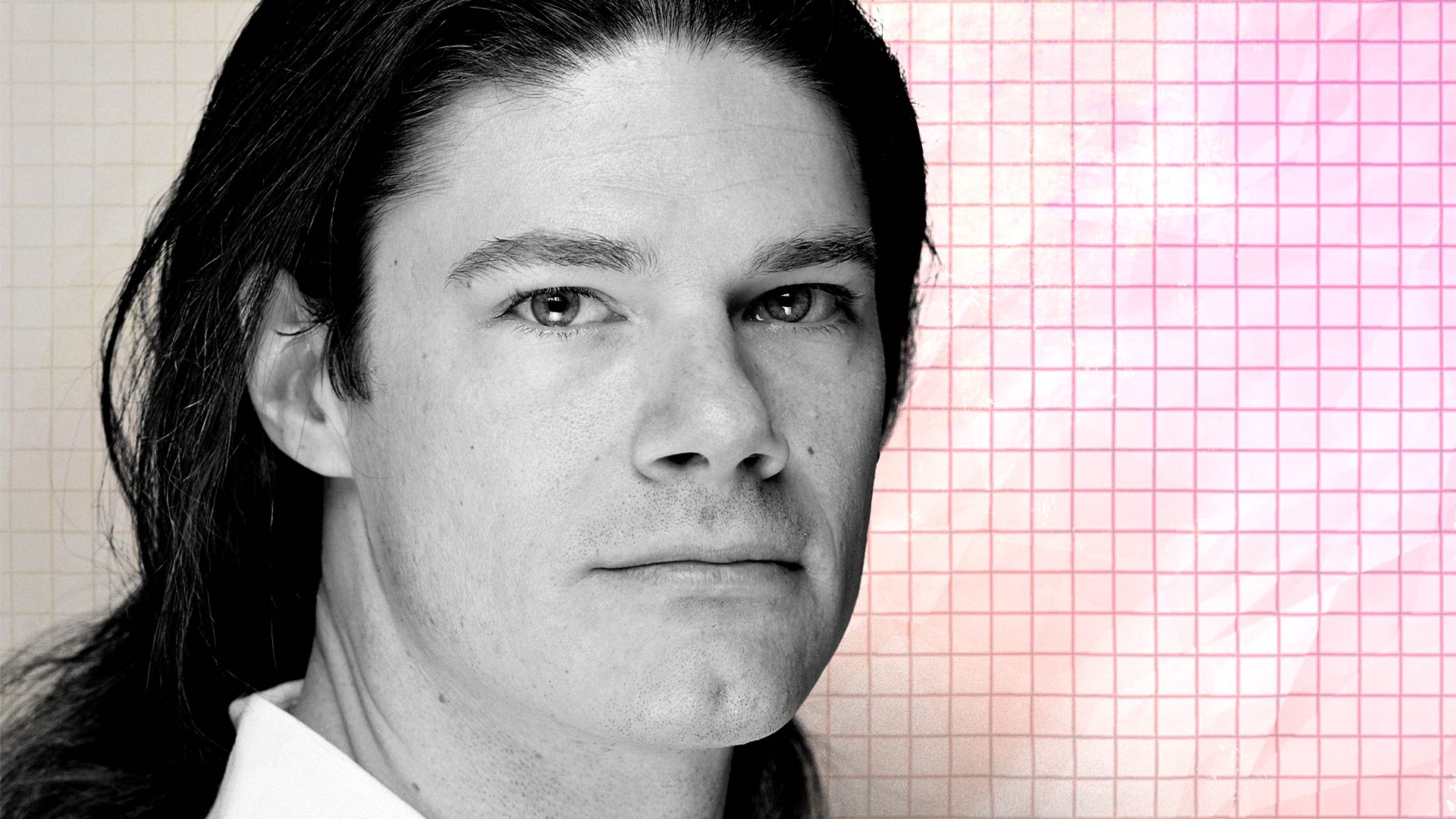 In an industry obsessed with higher revenue and bigger budgets, there’s freedom in being small and nimble. Todd Hollenshead, former id Software CEO and QuakeCon MC, took a big lateral step toward being an industry gazelle after years of behemoth status. Hollenshead joined Nerve Software full-time in March after spending a number of years consulting with the company. Nerve was co-founded by another id Software alum, Brandon James, and for the most part has acted a contractor for franchise FPS games like Doom and Call of Duty.

But Hollenshead isn’t satisfied with maintaining the status quo at Nerve. He’s eager to bring the independent mindset that he cultivated at id to his new team. And while the everyday challenges of running a smaller studio are different than what id Software faced (both before and after being acquired by Zenimax and Bethesda), they’re no less daunting.

“Everything is a bit of a risk because you have limited options,” Hollenshead told me during a phone call on a very snowy morning in early March. “[There’s] a limited supply of bullets and ammunition that you can use to sort of achieve your goals. Everything that you do means that there is something that you don't do, so you've got to be wise about how you place your bets, and how you use risk.”

The notion of “little bets” in business isn’t new, let alone in smaller game studios. Hollenshead’s approach to risk management at Nerve might not be about groundbreaking ideas in the short term, but he and James are ramping the team up to get their hands dirty with two original games, for the first time since the company’s founding in 1999.

“The challenge of just kind of operating the business day-to-day, which, to me, is the fun part,” Hollenshead admitted. “That's one of the things that I miss going back to the early days [of id]. When I started there [in 1996] it was 13 people. There's 10 people total here at Nerve.”

A smaller team gives Hollenshead room to play to his own strengths, instead of getting bogged down in the minutiae of managing the day-to-day of huge development teams working on multiple IPs at a time. With James at the creative helm, Hollenshead doesn’t have “to worry so much about whether the development side of the business is being managed properly.”

Managing a smaller team with strident creative direction is all well and good when the projects are pouring in, but Nerve is looking to shift away from their work-for-hire project approach toward developing original games. Hollenshead insists that this isn’t a new conversation, as he and James have been talking about Nerve’s strategic direction for the last 15 years. But in order to do that, they had to secure outside funding first. Without it, Nerve wouldn’t be able to get out from under its project-based revenue stream.

“I knew that Brandon's ultimate goal was to sort of have his own studio, work on internally generated properties,” he said. “But I think that the complexities of the business, as well as the financial constraints, made it easier to be primarily focused on doing contract work. To some extent, I think id [Software] was something of a security blanket for Nerve back in the early days.

This realignment of goals goes beyond the need to build a legacy of work that’s both original and reflective of the studio. In any industry, project work is feast and famine — one quarter can be fantastic, leaving some extra cash in the bank, and the next can be abysmal, which could eat up every cent of profit made from the last contract.

“You’re not much of a master of your own destiny,” Hollenshead noted. “That’s the core motivation behind changing some of the long-term strategy and the tactics of the company to focus more on internal projects. We [need to] have a bit more control over sort of the direction of the company and what will happen financially with the company, and be able to make the decisions. Then, we either succeed or fail with the consequences of our decisions, without being necessarily reliant on what a larger player is doing.”

But making the switch to developing original IP as a full-time pursuit isn’t as simple as securing the right investors or simply deciding to do so. There was careful nurturing that needed to be done to ensure that Nerve could keep the lights on and continue to pay their team while they made the transition to these new projects.

When asked about what Nerve has been doing to slowly change direction, Hollenshead responded, “We're trying to seed the right farmland with the right crops. [We want] to reap the rewards of those [projects] as they come to fruition, as opposed to once [we’re] done.”

These kinds of seeds don’t germinate on their own. Both James and Hollenshead knew that Nerve was going to need more than part-time nurturing. Hollenshead had been consulting with the company off and on, but he needed to be present and tilling the fields, so to speak. And after all of his years at id, especially before the company grew to over 200 employees in 2012, Hollenshead was primed to teach Nerve how to run the farm, rather than merely reaping the harvest.

“The environment that I was born out of in the video game industry was really bootstrapped, self-funded, internally generated financing,” he said. “So, I'm bringing that mindset in here with sort of the business approach of being able to figure out how to make that work within Nerve's talents and capacity.”

As the seeds of their new ventures, puzzle-platformer Burnt Star and VR escape room Eternity On Pine Bluff Lane, begin to take shape, there’s pruning to do along the way. Nerve can’t rely on id as their “security blanket” anymore. Weeding out the partners that don’t make sense for the long-term success of the studio is part of what will help Nerve survive beyond their next work-for-hire project.

“It's making sure that we're partnering with the right companies on the right deals. [We want to make sure] that they are targeted towards a long-term investment strategy in the business, as opposed to just, ‘Oh hey, what do we need to do to get through this Friday?’ You can lose [the] horizon if you're [only] focused on the immediate. But at the same time, you have to be able to make it to the long-term. The best long-term plan is worthless if you never get [there]. [Thankfully], the long-term is just a succession of short-term after short-term.”

On the surface, the departure from first-person shooter games is a little alarming. Nerve spent years working to polish and port major FPS franchises. I’d thought that perhaps the team had burnt itself out on FPS development after turning out title after title for id, Activision, and Bethesda. Hollenshead explained that “FPS is still the lifeblood of the studio, but making an FPS that’s going to compete with Call of Duty or other games in the [genre] has enormous costs. It’s not realistic for us to be able to take on that kind of a challenge and succeed.”

Before Nerve can consider revisiting its FPS roots, a retrenchment plan needs to be put in place in order to ensure the health of the studio’s finances, even if solvency isn’t necessarily the end-goal.

Hollenshead was keen to remind me that Nerve wants to be competitive in the FPS space, but until they have more capital to invest in the heavy workload (and lengthy time-frame) required for a game worthy of the studio’s name, they’ll have to look to other genres.

In the meantime, Hollenshead is excited about where the studio is going with their escape room inspired VR title, Eternity On Pine Bluff Lane. “There was a bit of contract work that ramped up [our] skill-set,” Hollenshead explained. “[We could] develop the VR assets, pick the engine that we wanted to use — which is Unity Version 4 — and then hone [our] ideas about what that we could do given the size of the [team].”

Escape rooms have been increasingly popular over the years. Even small towns like mine have a couple of them. But beyond the cultural touchstone and overall popularity, Eternity On Pine Bluff Lane was purposefully designed for these kinds of space and time constraints. Hollenshead remarked that “the size and the constraints of the escape room genre lent itself perfectly to what the company is best at.”

While Nerve looks toward their future, whether that’s in VR titles or FPS games, I asked Hollenshead to reflect on the challenges that game studios bump up against these days that he never imagined he’d have to contend with. “[It’s] the amount of content that has to be created for games now,” Hollenshead said with a laugh. “I mean, I remember when we were working on Quake II that the artists built out the 128 colors they were going to make the entire palette for the game out of.”

Creativity and imagination in games has been “unshackled” from its former technological constraints, even though it makes things a lot more complicated. Hollenshead couldn’t be happier that artists and developers have far more freedom during the process. “[These days], you can start game development from a third-party engine license without having to go through 12 months of internal engine development and [without] worrying about what the right technical decisions are to make. At a fundamental level, that really changes the game design process from how quickly you can get up to speed in putting real content in the game to how fast the iterations go.”

Nerve has given Hollenshead a lot to be excited about. It’s been a long time since he wasn’t mired in the everyday obligations of running a large development studio.

“Being back at Nerve is reminiscent of the early days at id,” Hollenshead said a little wistfully. “I’m kind of knee-deep in the development process of all the games here. I'm not a game developer. I'm not pretending that I'm lending a lot of leverage to putting content in the games. But you get an understanding of what the game is from the inside that then, as you're thinking about how to exploit that from a business standpoint, gives you a lot more understanding of what its strengths and weaknesses are, what you can't do, where the places to push, etc, are. Getting back into that mode of working has been [something] I'm completely enthusiastic about.”