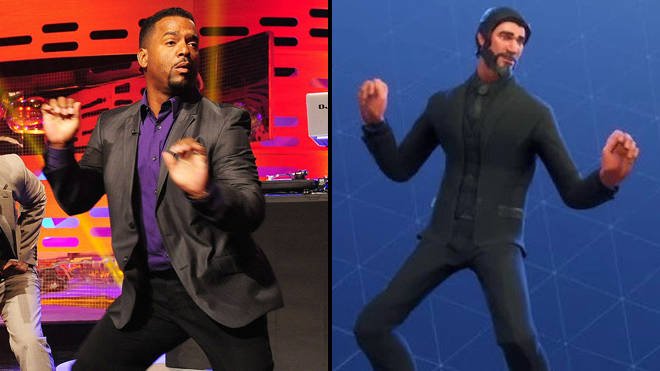 Fresh Prince of Bel Air actor Alfonso Ribero has been denied the copyright to his ‘Carlton’ dance that he made famous on the show, providing Epic Games (and other companies using the dance as an emote) with a loophole in their ongoing legal battles with creators.

As first written by The Hollywood Reporter, the US Copyright Office ruled that that the dance was “simple” enough that it doesn’t warrant copyrighted protection.

“Upon review of the material deposited for registration, we must refuse registration [of the dance] because the work submitted for registration is a simple dance routine,” it said in a letter dated January 22, but only surfaced earlier this week. “As such, it is not registrable as a choreographic work.”

The US Copyright Office cited a stipulation born from Congress that says it doesn’t have to “protect all forms of dance or movement”. The USCO defined the dance in three simple steps, per supervisory registration specialist in the Office's Performing Arts Division, Saskia Florence:

First - “The dancer sways their hips as they step from side to side, while swinging their arms in an exaggerated manner.”

Second - "The dancer takes two steps to each side while opening and closing their legs and their arms in unison.

Third - "The dancer's feet are still and they lower one hand from above their head to the middle of their chest while fluttering their fingers."

“The combination of these three dance steps is a simple routine that is not registerable as a choreographic work. Accordingly, your application for registration is refused,” the USCO further added in reiteration.

Ribero announced his intention to sue Epic Games in December after the company included the dance in Fortnite as one of the game’s most popular emotes. “Epic has earned record profits off of downloadable content in the game, including emotes like 'Fresh',” Ribero’s lawyer said to TMZ at the time. “Yet Epic has failed to compensate or even ask permission from Mr Ribeiro for the use of his likeness and iconic intellectual property.”

But the legal firm representing Epic Games, as well as Take Two, who are also caught up in the legal suit ongoing by Ribero with NBA 2K19 also using the dance, said it contradicted the First Amendment.

“This lawsuit suffers from a host of issues ranging from a lack of plausible ownership, to a lack of substantial similarity, to preemption by the Copyright Act," saidKirkland & Ellis’ Dale Cendali in a letter dated this past Wednesday, February 13 for Take Two’s defense. "Fundamentally, it conflicts with the First Amendment as it attempts to impose liability, and thereby chill creative expression, by claiming rights that Plaintiff [Ribeiro] does not hold. It should be dismissed."

Cendali added in a letter for Epic’s defense dated February 11 that the law was “clear that individual dance steps and simple dance routines are not protected by copyright, but rather are building blocks of free expression, which are in the public domain for choreographers, dancers, and the general public to use, perform, and enjoy,” before asking for the dismissal of the case.

The rejection will not only come as a boost to Epic and Take Two, but possibly also Bungie and Microsoft Studios respectively. The Carlton is an emote in Destiny 2 as an enthusiastic emote, as well as Forza Horizon 4, though FH4 developer Playground Games removed it to air on the side of caution. Now the copyright application has been rejected by the USCO, however, it could clear the way for it to return to the game.

Two days ago Epic moved to dismiss the lawsuit brought forward by rapper 2 Milly regarding his Milly Rock dance, which he claims Epic stole for Fortnite and recreated as the ‘Swipe It’ emote. The document stated that the lawsuit was “fundamentally at odds with free speech principles,” not dissimilar to the argument made by Cendali earlier this week in his letter for Take Two’s defense.

IP lawyer Ethan Jacobs, partner at Holland Law LLP, told GameDaily.biz that although the USCO’s dismissal of the copyright application won’t kill the lawsuits brought to Epic and Take Two by Ribero, 2 Milly as well as Russell ‘Backpack Kid’ Horning and Orange Shirt Kid (named only in legal documents as ‘C.C.M’), it does show the end is near for them.

“The office will evaluate the application for each dance separately, so this only directly affects Ribeiro,” said Jacobs. “That said, his dance had more moves in it than some of the other plaintiffs who are suing, and if the Office is rejecting dances for incorporating too few moves, that’s bad news for the others. Also, while this rejection isn’t the final word on the application or the copyrightability of The Carlton, its reasoning seems solid and likely to withstand challenges.”

“I would expect that if a series of dance movements and patterns is longer and most expressive, the Copyright Office is more likely to agree it qualifies as a copyrightable choreographic work,” Jacobs added. “The threshold is difficult to know in advance and is impossible to quantify, but I don’t think it’s a mere matter of including four or five steps instead of three steps.”

With Ribero’s copyright application rejected, as Jacobs said, this could very well lead to the beginning of the end for the lawsuits against Epic Games and Take Two. It could also definitively answer how and if dances are protected under copyright law.