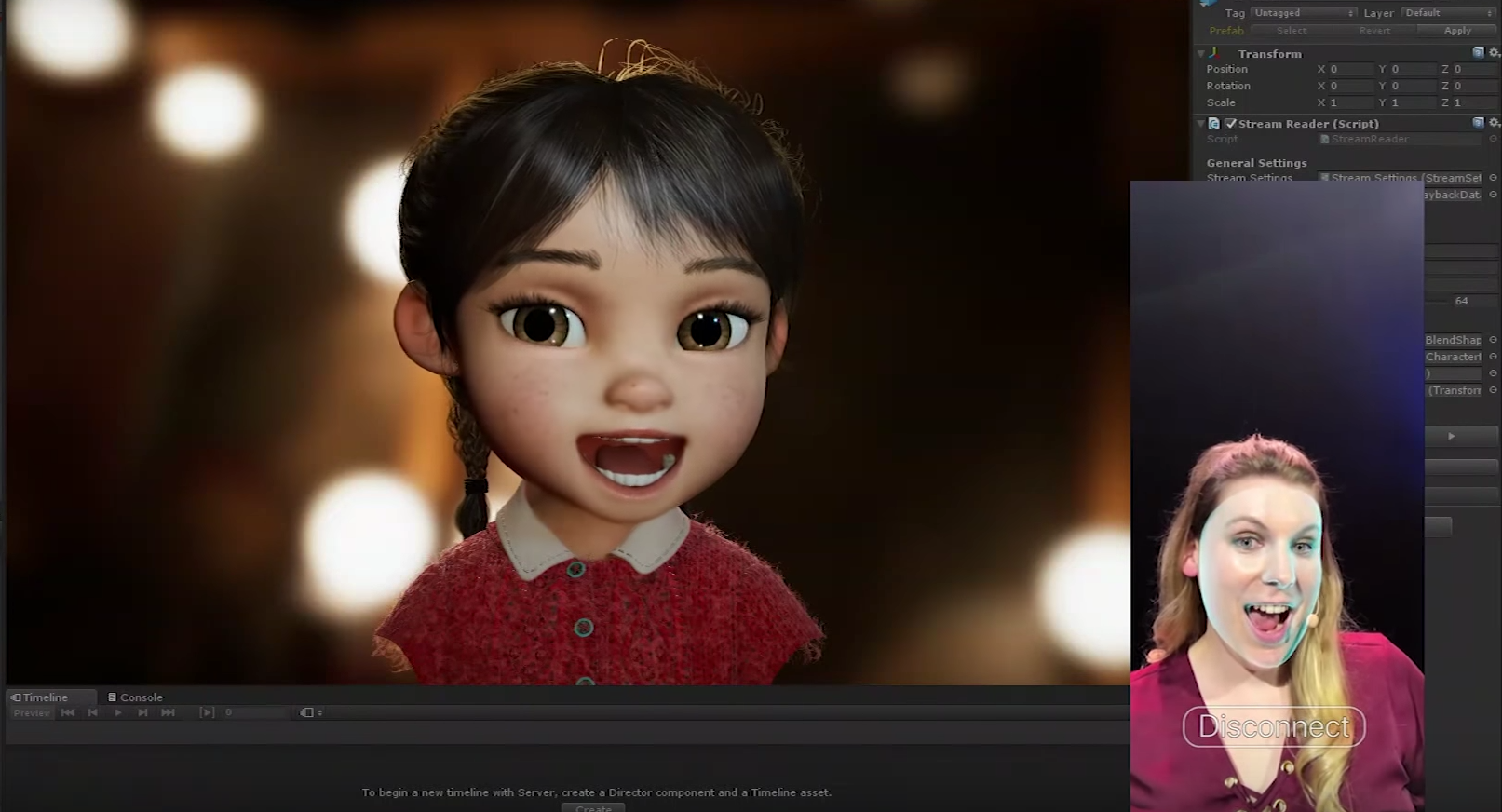 At Unite Berlin this week, Unity Technologies has been offering advanced hands-on demo workshops, technical sessions–customized for different levels, previews of upcoming Unity technology, and a Made with Unity showcase. Augmented reality (AR) in particular is starting to gain some traction across the game industry, and Unity aims to be a leader in the space with its engine.

Here's a look at Unity's brand-new MARS (Mixed and Augmented Reality Studio) Face Capture toolset, which includes a simulation view that allows you to make creative masks on the fly within the editor. Learn more about MARS on the Unity Labs page.

The new MARS toolset brings you a new Facial AR Remote Component as well. With MARS, you can quickly and easily perform, capture, animate, and finish your shot - saving your team days, maybe even weeks of work.

Many people think of Unity as for smaller-scale projects in the indie space, but the engine can power some high-fidelity experiences as well. At Unite Berlin, the company gave us another look at Book of the Dead, a first-person interactive demo showcasing Unity 2018 for powering high-end visuals for game productions.

10 Chambers took the stage to show off GTFO as well, another high-end game made with Unity. GTFO is a hardcore co-op first-person shooter that 10 Chambers says is somewhat inspired by the feel of Aliens. Take a look: