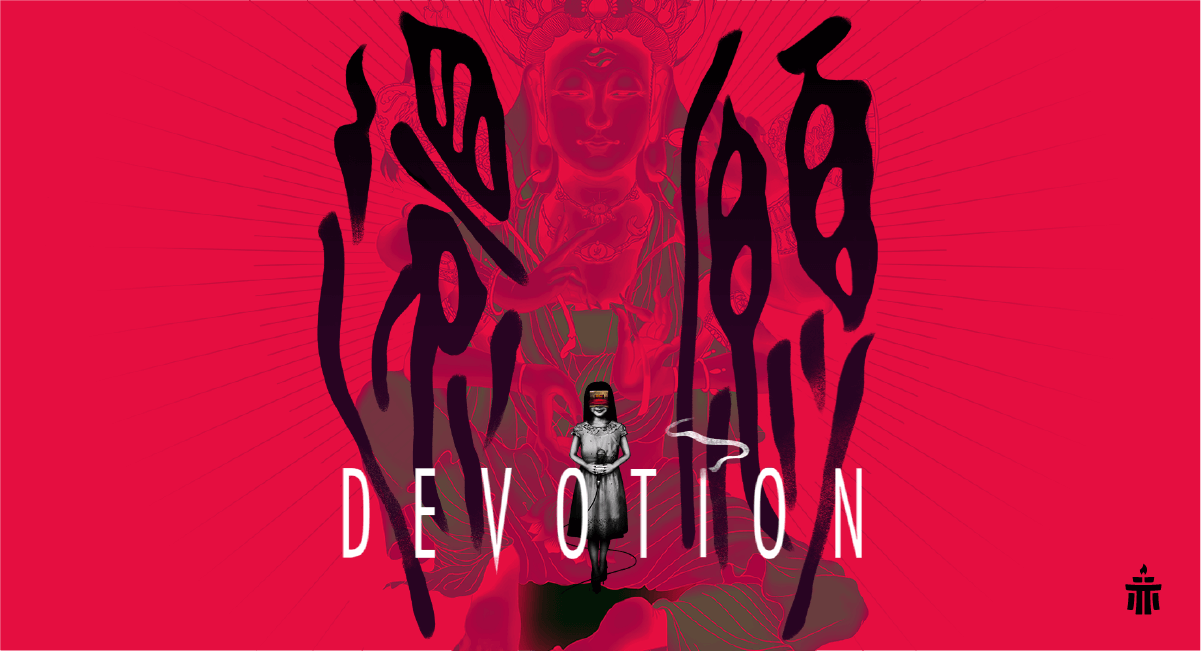 Earlier today, Red Candle Game’s Devotion was pulled from Steam, with only its soundtrack and a deluxe edition bundle missing the game available for purchase. It remains unclear who took down the Taiwanese developer’s game, although its disappearance comes just hours after an official statement by Red Candle Games apologizing for a joke comparing Chinese President Xi Jinping to Winnie the Pooh.

“The theme of Devotion is about how [a] cult does harm to people, leading to the tragedy caused by pure parental love,” Red Candle Games wrote in its statement. “For the earlier sensitive art material incident, the whole team of Red Candle Games bears the responsibility of this awfully unprofessional mistake. It is not Red Candle’s vision to secretly project extensive ideology, nor is it to attack any person in the real world. Even if the sensitive art element was wrongfully placed before, we kindly ask you not to over interpret other game material.”

In the game, a poster reads "Xi Jinping Winnie the Pooh moron,” referencing a 2017 Chinese meme in which internet users began comparing President Jinping to Winnie the Pooh over the politician’s mannerisms. The Chinese government responded by outright banning images of Winnie the Pooh to suppress satirical depictions of the Communist Party’s leader, BBC reports.

After players stumbled across the joke referencing Jinping in Devotion, right-wing Chinese nationalists swarmed the game's Steam recommendations section with negative reviews, then proceeded to do the same with Red Candle Games’ other horror title, Detention. In a tweet from Saturday, NYU Game Center Professor Robert Yang called the review bombing “gross,” warning that the “prank” could possibly lead to a nation-wide Steam ban in China. He also criticized gaming outlets that merely referred to the negative reviewers as “Chinese people,” noting that such phrasing simultaneously wipes away the political nuances within Chinese politics and racially stereotypes an entire nation’s citizens.

"Chinese gamer nationalists are basically aligned with Gamergate dudes ('these politics don't belong here') which is gross," Yang tweeted, continuing, "but don't be racist against all mainland Chinese people, they know China has problems and the government does shitty things, they're not stupid."

Meanwhile, Red Candle Games seems dedicated on responding to the game’s controversy in an appropriate way. In its apology, the studio's co-founders stated that it is "in the process of business mediation” and asked for patience while the company handles the situation.

“We kindly ask for everyone to remain calm and give Red Candle some time to address the incident,” Red Candle Games wrote. “This will be the greatest support for us. Thank you.”

As the Chinese government struggles to keep up with consumer interest, the international community will have to recognize Chinese politics’ immense power to influence gaming. After all, China is here to stay in the game industry, which means critics must start to understand the country’s politics and how they lead to review bombing, in-game censorship, or bureaucratic difficulties with bringing imports to the country.