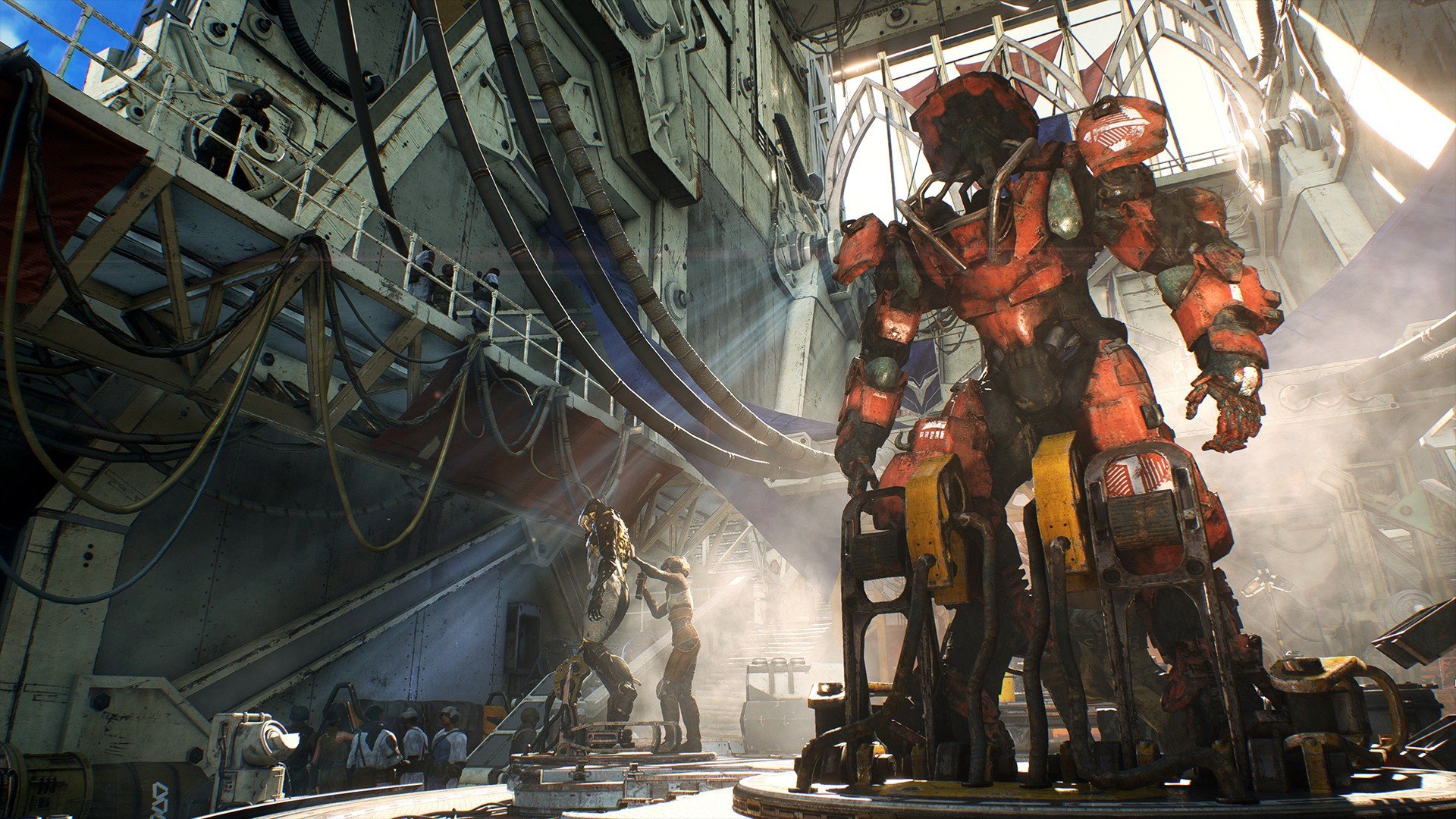 BioWare's online RPG Anthem is out, and the initial response has been less than stellar. As of March 4, the game’s Metacritic rating for its PS4 edition is 56 out of 100. Anthem’s user rating is even worse at 4.2 out of 10 from over 700 players’ input. Yet despite the lukewarm reception, BioWare rolled out an update to the game’s loot system last week, demonstrating that the studio is listening to players’ feedback and actively improving the game.

In a Reddit post from Feb. 27, Anthem's lead producer Ben Irving detailed then-upcoming changes to Anthem’s loot system. In particular, he listed four main suggestions players made regarding the game's loot system, which included changes to the game's inscription weapon improvement feature and tweaks to the Masterworks item category’s drop rate and usefulness.

After hearing players’ responses, BioWare issued a series of changes the next day. In particular, inscriptions previously offered buffs for multiple weapons. Now, inscriptions will only be useful to a specific item if applied. Otherwise, inscriptions will serve as an upgrade for the player's entire Javelin suit, not just one weapon. Masterwork crafting's cost has also dropped to 15 Masterwork Embers, down from 25, and the total number of plants, metal, and parts needed for Masterwork items has been lowered too. This simplifies the inscription upgrade process and makes crafting easier for players interested in building and acquiring high-end loot.

Alongside changes to Anthem’s item system, BioWare introduced several other tweaks to the game to improve players’ experience. For one, the game’s tethering timer has been increased, so players who have strayed from their teammates should have more time to catch up before the game transports them back to their squad. Players can no longer reopen chests looted in Strongholds, either, and the Swarm Tyrant from the Tyrant Mine Stronghold cannot be reset by a squad.

BioWare isn’t done tweaking Anthem either. Along with these changes, Irving noted that BioWare is "looking into" tweaks for drops for Grandmaster 2 and Grandmaster 3 players, after one player complained loot drops for Masterwork and Legendary items are "not that much more noticeable" in both levels. Alongside the potential change, Irving noted that players will soon be able to access menus while downed, and that Anthem’smid-March patch will most likely let solo players start an expedition while in Fort Tarsis.

“We believe we have a great game. We understand there is a lot to improve on,” Irving wrote in a separate Reddit thread on Thursday. “We are trying to move fast. We are doing that because of the community and the passion they have—both in criticism and in praise.”

It's important to note that while Apex Legends is certainly taking over the public's EA-focused awareness, BioWare is sending a clear message through Irving’s responses on Reddit: the studio isn’t about to stop supporting Anthem any time soon. This isn't going to be a slow descent into frustrating silence, like it was with Mass Effect Andromeda.

When reached for comment, the NPD Group's U.S. games industry analyst Mat Piscatella stressed EA has "plenty of opportunity" with a service-based game like Anthem. This is because games-as-a-service models provide long-term potential for growth.

"As you know, live service games like Anthem can evolve over time and can continue to grow well beyond launch," Piscatella told GameDaily.biz. "Whether one looks at Tom Clancy's Rainbow Six: Siege, Warframe, For Honor or a number of other live service games that have debuted over the past few years it's not the launch period that defines the game but rather how it changes over time."

Piscatella also stressed that Anthem's launch sales are not public knowledge as of yet, although he was quick to point out that games-as-a-service titles' launch sales "cannot be projected reliably over the longer term." He also pointed to a piece from GamesBeat's Jeff Grubb, which unpacks how live service games provide long-term growth potential for publishers.

"Live service games are a massive investment, but they also allow for the product to be refined over time in order to best attract and retain players," he explained. "With these factors in mind the story of Anthem, just as it is with any live service game in its launch period, is really just getting started."

Joost van Dreunen, co-founder of SuperData, a Nielsen company, spoke to GameDaily about Anthem's potentially hazy future, based on its relationship with BioWare's "lukewarm" games in the past.

"In terms of offering sci fi-based role playing action, it’s not fair to compare the two titles, because Mass Effect: Andromeda had to deliver on exceptionally high expectations following the first three installments," van Dreunen told us over email. "However, seeing how much effort EA has made to promote both Anthem and ME: Andromeda leading up to launch, and comparing that to the success of Apex Legends, it is clear that EA is still wrestling to meet current market demand. Both Anthem and ME: Andromeda are big releases that, despite a sincere development and marketing effort, met a lukewarm response; Apex Legends was never a priority for EA (judging from the total lack of marketing effort pre-launch) and that was a breakout hit."

EA is putting big dollars on the table to make Anthem into the live service platform it was intended to be and BioWare is pouring its resources toward improvements to match player voracity. It's going to be a long haul for the Anthem team (and EA is likely not going to meet its sales projections), but they're not giving up.