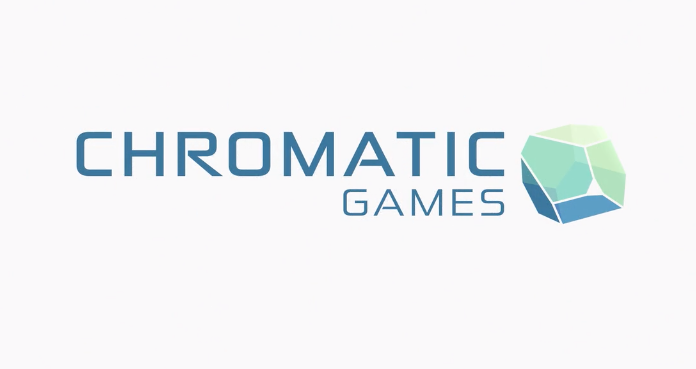 Trendy Entertainment is dead. The studio behind Dungeon Defenders and its unsuccessful sequel is now in the past. Chromatic Games, a full studio rebranding helmed by Trendy co-founder Augi Lye, is the future.

Lye recently purchased Trendy back from venture capitalist investment firm Insight Venture Partners, which purchased the studio in 2012 for $18.2 million. In a recent press release announcing the Chromatic Games re-brand, he says the studio is “employee owned.” While the company doesn’t fit the traditional definition of “employee owned,” staff will participate in profit sharing and have a stake in the studio’s success.

Chromatic Games has not disclosed the terms of its buyout.

In a blog post announcing the company’s rebrand, creative director Colin Fisher mentions that many of the Trendy staff were retained following the buyout. He clarified the situation in an email conversation with GameDaily.

“During our transition, we had a bunch of team members that had just been working on the Dungeon Defenders property for 5+ years and wanted to work on something new, so they went to other studios for work,” Fisher says. “We had some leave, but we had some more join. Our vibe as a team is in a very different, exciting and positive place now with all this new energy, and we're excited to work on a new DD product.”

To kick off the new company, Chromatic is going back to Trendy’s roots. The studio, which now numbers about 30 employees, has launched a $250,000 Kickstarter campaign for Dungeon Defenders: Awakened. The new game is a sequel to Dungeon Defenders II, but features reworked versions of the original’s maps, gameplay, and mechanics.

While the studio hasn’t outright said that it is unhappy with Dungeon Defenders II’s content and gameplay, the move backward toward the original and comments seem to imply that Trendy’s investors had their hands in creative decision making.

“I bought the company back from the investors," Lye told the Gainesville Sun. "The intent is to make it indie again. There are no external weird hands messing around. We're in control of our own destiny."

Chromatic cannot say too much about its split from Insight and how the venture capital firm impacted Dungeon Defenders II’s development. However, Fisher did offer some insight.

“Dungeon Defenders II was not as successful as it needed to be, so there was an increased focus on profitability,” he says. “After becoming Chromatic, we're in a much better place and now can focus on making the changes that we believe in to drive that success.”

Dungeon Defenders: Awakened began as an update to the original for Nintendo Switch. It isn’t a rehash of the original game’s “definitive” edition, Dungeon Defenders: Eternity. Rather, the focus is on improving systems, updating the game for Unreal Engine 4, and giving the new studio a smaller project as a maiden voyage before diving into a full sequel. For instance, many of the quality of life changes from Dungeon Defenders II will be present in Awakened.

“As we began looking into what we could build with Unreal Engine 4, we found that we’ll need to rebuild a lot of the systems and code that supported the Dungeon Defenders games,” Fisher writes. “Fortunately, our engineers are rockstars. We’re taking a lot of the hard lessons we learned about building games over the years from DD1 and DD2 and now have the freedom to make these systems in newer, more optimized and scalable ways for DD:A.”

Chromatic Games isn’t just a rebrand, though. It’s a move away from the Trendy Entertainment name, which has had its share of drama and troubles in the past few years.

Following the report, Stieglitz was removed from his role leading Dungeon Defenders II development and named the head of a new, Trendy-owned label, NomNom Games. He left the studio in August 2014, and was bound by a non-compete that barred him from certain activities for one year following his departure. He was also required to offer Insight, the venture capital firm that owned Trendy, a 20 percent stake in any video game ventures he pursued for five years following his departure, as well as right of first refusal for investment in any projects.

As part of his contract, Stieglitz was also barred from recruiting Trendy staff. The studio received information that he was attempting to poach people for a new team before he even left, leading to a cease-and-desist warning shortly after his departure. Trendy went on to accuse Stieglitz of continuing to violate his non-compete as well as misappropriating proprietary knowledge and technology owned by the studio to develop a new game: Ark: Survival Evolved. Reports, which Ark developer Studio Wildcard denied at the time, began to surface that he was quietly serving as the game’s lead designer during his non-compete period.

By the time the $600 million lawsuit was filed in December 2015, Stieglitz was no longer the sole target. His wife, Susan Stieglitz, was listed on business registration forms for Studio Wildcard under her maiden name. Insight had all it needed to turn its focus on Studio Wildcard, resulting in a settlement with the Ark: Survival Evolved developer in April 2016 for a reported $40 million.

Following the conclusion of the suit, Stieglitz admitted that he co-founded Studio Wildcard. He claimed that the Kotaku expose about his management style would have distracted from the new company’s work.

In a subsequent interview with Eurogamer, Stieglitz further defended his skirting of the non-compete clause.

“[Trendy Entertainment] would try every single day to get a judge somewhere, who was not really familiar on the details of the case yet, to just sign off,” Stieglitz said. “Their argument was Ark's existence was harming Dungeon Defenders. Like... how would you even justify that? Why would Ark being online cause Dungeon Defenders to lose players? The games aren't even remotely similar! But to a judge who doesn't know anything about video games, they might sign off, and when they couldn't get one judge to do it, they would go to a different judge, in a different forum to try and get a similar judgement."

In the meantime, Dungeon Defenders II was going through a mid-development shake up. Stieglitz had been pushing creative decisions that brought Trendy’s tower defense series closer to Riot Games’ League of Legends. By early 2016, slow movement and constant revisions forced the studio into layoffs of an undisclosed number of employees.

Dungeon Defenders II suffered from its time in development hell. Paid early access lasted for more than two years on Steam and twenty-two months on PlayStation 4, before it was finally released as a free-to-play game. Additionally, the endgame ethos shift from Dungeon Defenders to its sequel hurt the game’s growth. In Dungeon Defenders II, new systems were added that completely changed how players interacted with the game in high-level play.

“DD1 constantly felt like building upon success, while DD2 felt like it kept searching for a new mark to hit,” Fisher explains. “With that being said, our current team was proud of the player-centric updates to DD2 that we were able to make in the most recent years. We liked giving players a lot of control over shifting their builds, but we're going to aim to do it in a simpler way in DD:A.”

Less than two years after its release, Chromatic is planning to wind down major development efforts, focusing instead on shorter cycle “quality of life updates, bug fixes, improvements and some occasional new cosmetics.”

As Chromatic Games moves forward, it is taking the strong pieces of its past incarnation with it, while trying to leave its failures and struggles behind. Trendy Entertainment’s history is littered with controversy and bad press. Chromatic Games is the clean slate Lye, Fisher, and their team need for a new start, reborn as an indie studio and in control of their own destiny for the first time since 2012.