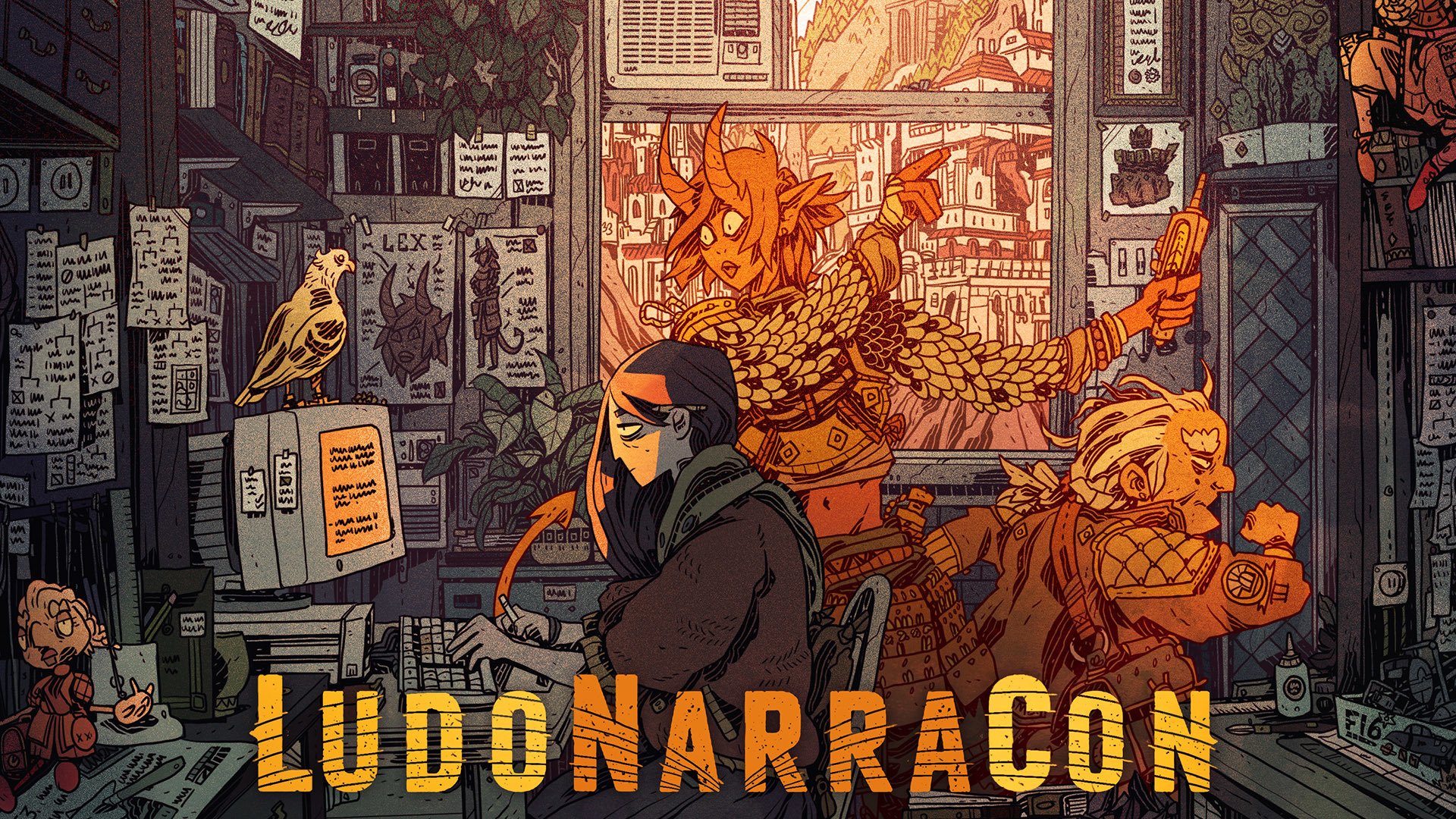 Fellow Traveller (formerly known as Surprise Attack Games), the indie label behind narrative games like The Church in the Darkness, NeoCab, and Orwell announced the first LudoNarraCon event on Tuesday. LudoNarraCon is a “global digital convention” aimed at providing narrative-focused indie games a chance to find fans in an increasingly crowded market, and will be hosted on Steam across a dedicated event page and each game’s store page.

“The driving force behind LudoNarraCon is not so much about providing something that physical conventions do not but more about trying to replicate as many of their benefits as possible but reaching a global audience at once and targeting a specific slice of the gaming audience that is interested in narrative driven games,” said Chris Wright, Fellow Traveller’s managing director in an email with GameDaily. “It's narrow in audience focus and broad in geographical reach whereas physical conventions tend to be broader in audience focus and more focused in geographical reach.”

The convention will take place in May 2019, but no specific date has been announced.

Being a publisher of indie narrative games, Fellow Traveller and their assortment of developers undoubtedly have had their fair share of traditional convention experience. In my personal experience, while I enjoy narrative-focused games, they’re often quite difficult to demo in a 15-minute slot. LudoNarraCon seems poised to work around those restrictions. Around 20 participating games will exhibit on their store pages, live-streaming some behind-the-scenes looks into each game, with downloadable demos available. Exhibitors are expected to put out about 2-3 hours of content via their streaming.

It’s not all business, however. The main event page on Steam will feature a series of “panels” run by writers, journalists, and developers speaking about narrative games.

LudoNarraCon is a new example in the short, but growing list of events designed with developer inclusivity in mind, a number of which are presented digitally. There’s GameDev.world, co-founded by the likes of indie developer Rami Ismail, voice actress Sarah Elmaleh, and others. That event features more than 30 speakers in various languages, with every talk translated into other various languages. In the face of massively expensive events like the Game Developers Conference in San Francisco, or the various PAX events on the east and west coasts, digital events have the chance of making the PR battlefield more fair.

When it comes to LudoNarraCon, Wright says this first year will primarily be a field test for the event’s concept.

“A big question for us is how the interaction between developers and fans will go, whether it will be enough,” Wright said. “Another is whether the exhibitors find distributing demos in this way is a positive for them given that they might not have been planning to put a demo up online otherwise. We're expecting to learn a lot and be able to make changes based on how this first one goes. That said, one thing we know for sure is that we would like to widen the access and be able to invite more teams to exhibit if we do a future event.”

For Wright, the benefits of a digital con can be a double-edged sword. For all the gatekeeping of events like GDC, it’s the in-person networking that can make or break careers, publishing deals, and all the other businesswork that depends on the “it’s who you know” side of the industry. For Wright, the benefits of a digital convention seem to make up for the loss of other positives.

“There are some benefits that come with using a digital medium to reach essentially potentially unlimited people at once rather than having a bandwidth limited by the number of people that can fit around your booth,” Wright said. “When you don't have to travel then it means that every member of a development team can get involved, even if they are located in different locations around the world.”

Fellow Traveller will release more details about LudoNarraCon in April, and expects an early May event date.