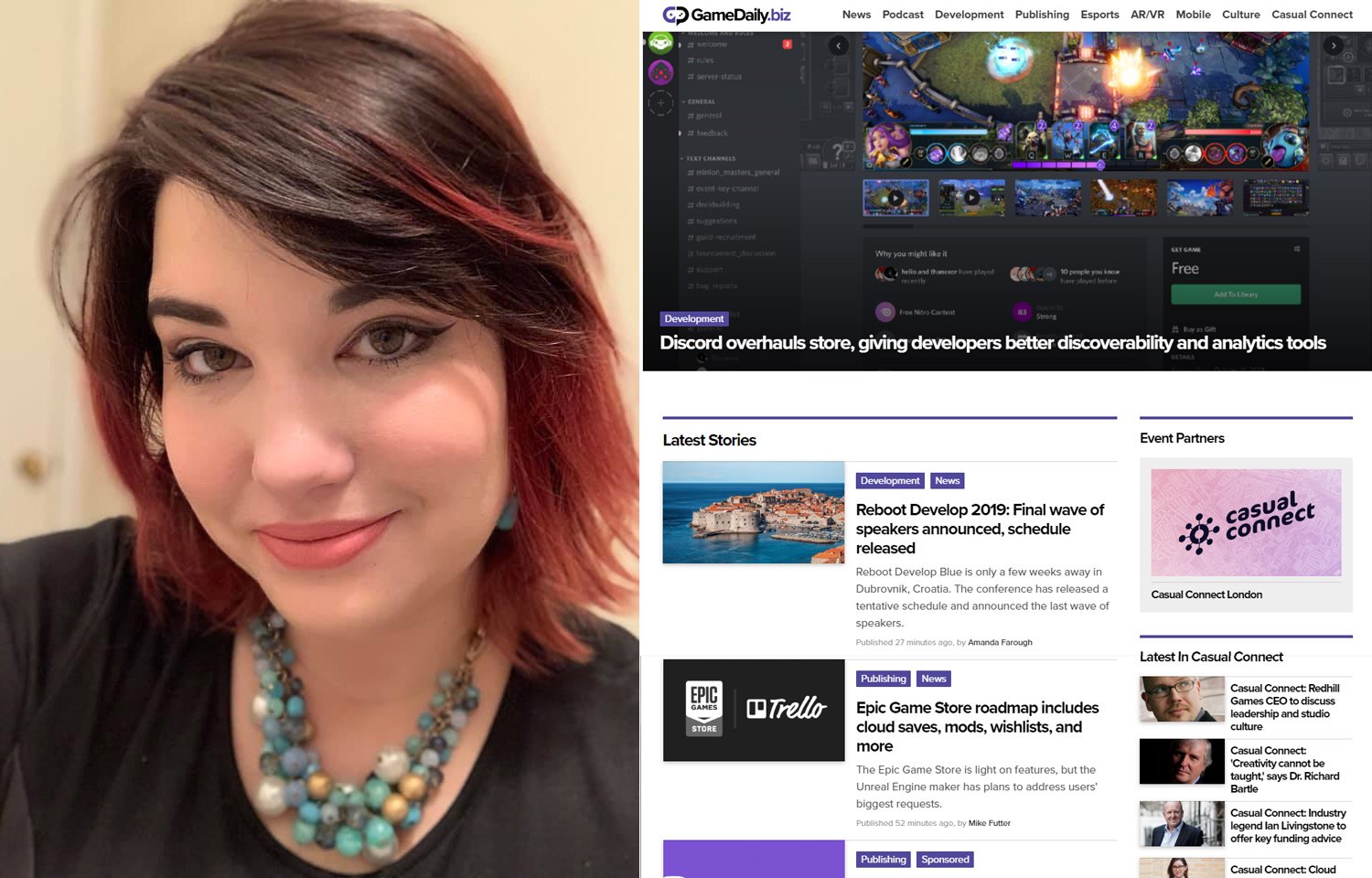 A Letter From The (Former) Editor

It is my pleasure to announce today that we've promoted Amanda Farough to the role of Editor-in-Chief.

Amanda was our first hire when we started this venture just prior to E3 2018, and as Managing Editor she's not only assembled a world-class freelance news team but has been instrumental in driving the tone and vision for GameDaily.biz while also ensuring its growth across social media and its reputation throughout the games business.

I couldn't be prouder of the work Amanda has done for GameDaily over the last year. Apart from being a great writer with a keen editorial eye, Amanda has demonstrated a thirst for knowledge about this amazing industry from day one. That's why every story you see here on GameDaily has ample context for the reader, and features always go in-depth on any given subject. This isn't about regurgitating any company press release to get the news out there first. It's about striving for the truth and digesting all information possible before presenting a story in an engaging way.

Passing the reins to Amanda was an easy decision, as I know GameDaily will be in the right hands with her oversight. As for me, I'm now actively involved in the Casual Connect event series, which our parent company Greenlit Content acquired late last year. I'm overseeing editorial for Casual Connect, which means curating tracks and speakers and educating the industry on why the event series should matter to them. You'll also still see me lingering around this website with blog posts to support Casual Connect. As you might expect, GameDaily will be a prime partner for the events and will be covering news and speakers both at and in between each event.

Casual Connect is the only event series that spans the globe with four separate game conferences per year. The next show will be held in London, May 28-30, at the Queen Elizabeth II Centre. We then transition to Disneyland in August, followed by China and Turkey. Anyone interested in learning more about our conferences or about speaking or sponsoring should not hesitate to get in touch with me.

In the meantime, let's all give Amanda a round of applause. She deserves it. I'm eager to see how GameDaily continues to evolve as it heads towards its second year of life. To all of you reading this, thank you for making GameDaily shine. We couldn't have done any of this without you.