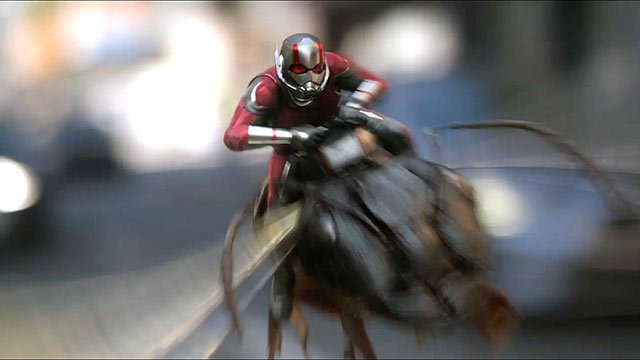 What do you envision when someone mentions PC gaming to you? You probably think of hardcore first-person shooters, esports competitions and players holed up in their basements with several bags of cheetos and cans of soda nearby. As Dell outlined in a recent "State of Gaming" survey, however, today's PC gamer goes far beyond the stereotype.

"We surveyed over 5,000 gamers in 11 different countries and the interesting aspect is that the typical or stereotypical gamer is not really who the gamer is today. It's moms of twin boys like me, it's your next door neighbor, it's really well-rounded people," Gerri Tunnell, senior vice president, Consumer and Small Business Marketing at Dell, told me on the phone last week.

That gaming survey Dell conducted notes that the PC gaming hardware market alone exceeded $30 billion in 2016 and is forecast to grow at a 6% compounded annual growth rate through 2019. Additionally, according to Statista, the number of active PC gamers last year was around 1.2 billion worldwide, and that figure is expected to top 1.4 billion in 2021. You can put together all the installed bases from Microsoft, Sony and Nintendo and consoles would still only represent a mere fraction of the PC base. PC gaming is anything but niche, and it's getting larger by the month.

"There's such a great overlap between gamers and the Marvel universe, so how do we engage with them in a new way?"

That represents a huge opportunity for companies like Dell, who believe that getting their products in front of mainstream audiences enjoying other aspects of pop culture will do wonders for their business. Dell forged a marketing partnership with Sony last year at this time to showcase its then new Inspiron 15 7000 Gaming laptop in Spider-Man: Homecoming. Not only was Dell's computer featured in the film and in television ad spots, but Dell's Precision technology was utilized to create some of the amazing visual effects in the Sony Pictures movie. Likewise, with Marvel's Ant-Man and The Wasp about to hit theaters on July 6, Dell has partnered with Marvel Studios, this time to showcase its new G series high performance gaming laptops.

There's always been a strong overlap between the audiences that follow comics and those who play games; one look at the hype surrounding Insomniac's upcoming Spider-Man game for PlayStation 4 shows that shared passion. Dell is keenly aware of the importance of the Marvel universe to gamers, so it makes sense that they are trying to position their products in front of that audience.

"There's such a great overlap between gamers and the Marvel universe, so how do we engage with them in a new way?" said Tunnell. "We've done things with Marvel in a behind-the-scenes look, custom comics, content that explores the characters with Dell technology. I think it's just a new way that a lot of people can see how we authentically engage with our customers."

She added, "What we've seen as we've started a lot of partnerships, beginning with Spider-Man and our partnership there, we've seen a new level of engagement from our customers... They love seeing our products in the movie, and they are hungry for more information, which is why we did things like custom comics with Marvel, and we're going to have some content on Marvel University as well."

Similar to the Spider-Man campaign, Dell's efforts around Ant-Man and The Wasp involve bringing some of the visual effects in the film to life while also giving fans a glimpse of the G5 gaming laptop, but importantly Dell also has committed to inspiring underrepresented youth in STEM.

Dell said that since 2014 it's provided over $50 million to science, technology, engineering and math initiatives to help children and underserved youth, and with its Marvel partnership on Ant-Man and The Wasp, the company intends to further boost its focus on STEM. Specifically, Dell will work with Boys & Girls Clubs to incorporate Marvel University’s Ant-Man and The Wasp video series into their summer curriculum, with the goal of teaching kids about STEM topics "in a fun and engaging way."

The first video kicks off on June 27 on Marvel.com and looks at the strength or real ants, and how Ant-Man's suit was designed to reflect this trait. The second episode will look at real-life wasps, their ability to fly up to 30mph and their connection to The Wasp comic book character. Finally, in Episode 3, Dell and Marvel will explore nanotechnology, and examine how some of the priniciples in the movie can apply to technology in the real world.

There's a definite lack of diversity in engineering, technology and game development. It would be great if initiatives like this led to more women and minorities heading down a technological career path. And naturally, Dell would envision the game developers of tomorrow creating award-winning titles on Dell systems.

“What’s great about this partnership is that it allows our on-screen tech to become a bit more tangible to viewers,” said Mindy Hamilton, Marvel’s Senior Vice President of Global Partnerships & Marketing. "We might not be able to replicate Hank Pym’s advancements quite yet, but we hope that the film inspires people to continue pushing the boundaries of what’s possible just like our heroes do.”

Full disclosure: Greenlit Content (parent company of GameDaily) has worked with Dell as a client

Cross-play has become an expectation for players now that the biggest games in the world use it to connect people across multiple platforms. But just how easy it to implement during and after development?