GDC Google Stadia: The questions looming after the reveal 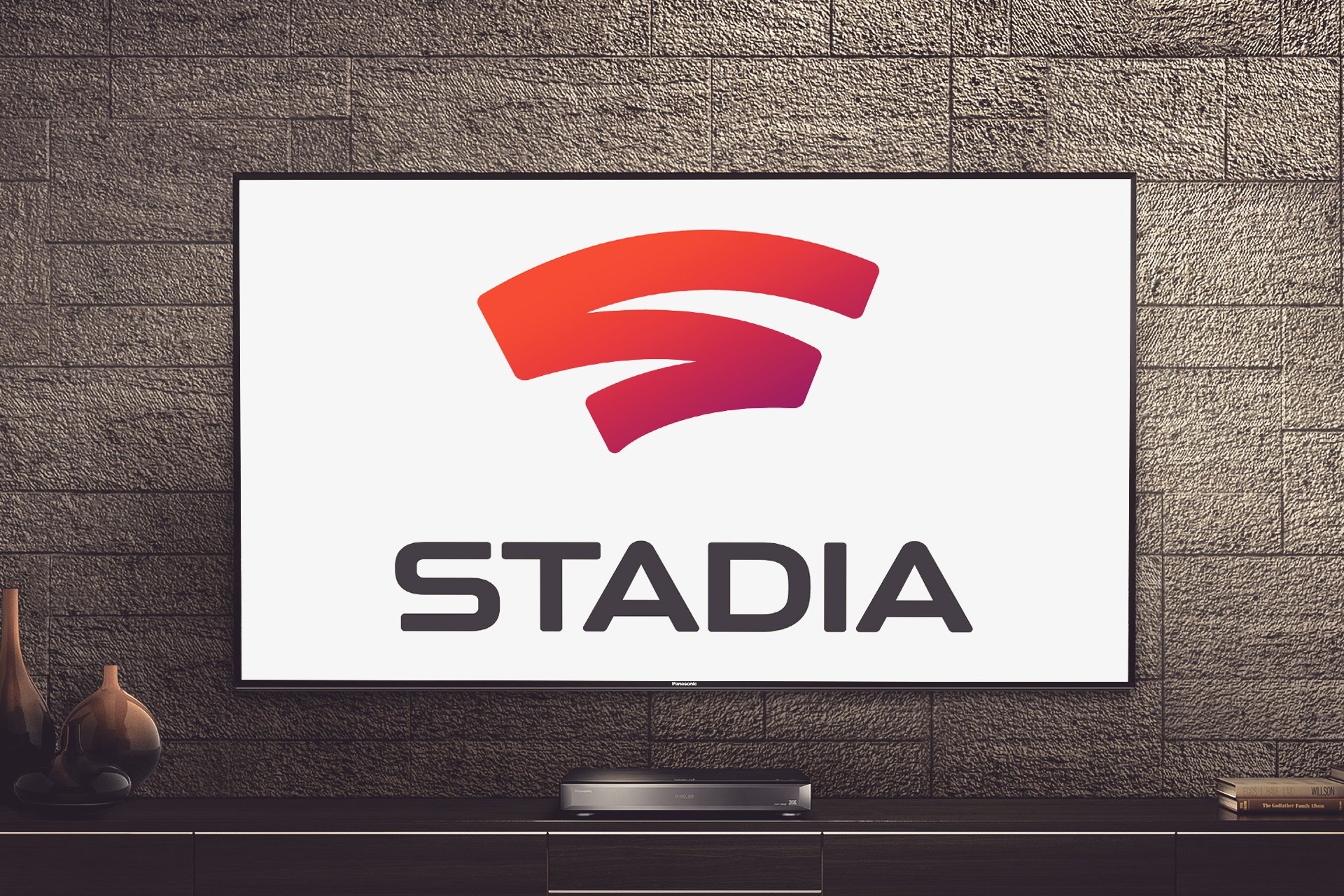 Google isn’t playing around with its first foray into the mainstream video game market.

The announcement of the Google Stadia streaming service was an hour of impressive video, technical flexes, and iterations on themes we’ve heard before. At its core, Stadia makes the same promises that PlayStation Now and OnLive before it did: instantaneous game play streamed from the cloud.

Where Stadia looks to make its mark is in its integration with the rest of Google’s infrastructure, including data centers and YouTube’s significant gaming presence. This is just a first look though, and we still don’t know much about how the service will roll out. Here are four of the biggest questions, still lingering.

How will Stadia be structured and priced?

For those that just want to use the Stadia service on laptops and desktops, there’s no additional hardware required. Your existing USB controllers, keyboards, and mice will work perfectly from day one.

If you want to bring that experience to the television, smart phones, or tablets, you’ll need to purchase the Stadia controller and a ChromeCast. (Note: This device connects over WiFi, raising questions about input lag, something we’ll keep our eye on as we get hands-on time in everyday settings.) Whatever the price tag, it’s likely just the point of entry.

It’s not clear yet if Stadia is a storefront or a streaming service. There are a couple of ways this could go. Players may be able to access the Stadia service for free, like Steam or Epic Games Store, with content available for purchase a la cart. It could also be a subscription service like Xbox Game Pass.

If it’s the former, players will likely need to repurchase games they already own on other platforms. If the latter, Stadia joins the growing list of competitors in the streaming space, with EA and Microsoft just two of the high profile entrants gearing up for the service war.

Google also announced that Jade Raymond would be heading up Stadia Games and Entertainment, both first-party studios and third-party relations, which lays the foundation for exclusive content. With a vocal segment of the PC market already rejecting new entrants like Epic Games Store (especially around exclusives), Google is going to have an uphill battle to win over players skeptical about streaming services and new platforms.

It’s hard not to see Stadia as a play for player and publisher data. Google makes most of its money from advertisements and, by extension, user data. Based on the little we know, we’re cocking an eyebrow at the relationship Google is trying to build here.

If publishers put their games on the Stadia platform, who controls the telemetry? Who controls the relationship with players? What kind of platform fee is Google planning to charge?

It seems like Google would be the sole custodian of the aggregated player data across content offerings. That’s not something that companies that have worked to pry their digital PC offerings away from the likes of Steam would likely be interested in.

And if players are up in arms about alleged Epic Games Store privacy issues, imagine how they’ll feel about Google hoarding data.

Are players really ready for an always-online platform?

It could very well be that Microsoft could have simply been ahead of its time, trying to run before it could walk. One of the most notable shifts over the past five years is how rapidly consumers took to digital. The standardization of digital releases day-and-date with physical copies has led to sea change in how people purchase games.

Pre-loading, regular digital console platform sales (matching Steam’s successful model), and the ability to “share” games in homes that have multiple PlayStation 4 or Xbox One consoles all helped motivate stalwart boxed game buyers to adopt digital as part or all of their libraries.

Even with that shift, players are still able to disconnect from the internet and play offline. Based on what we know about Stadia, it’s designed to eliminate any kind of downloading or local storage requirements. That also negates the ability to play offline. If you’re headed on vacation to somewhere with suboptimal internet to immerse yourself in the latest Stadia release (or just taking a cross-country or international flight to get there), you might find yourself out of luck.

The concept of playing anywhere is appealing, as Nintendo’s success with the Switch proves. However, Google’s path to fulfilling that promise seems incomplete. How can you play anywhere if everywhere you want to play requires a stable internet connection?

The YouTube problem: Will young Stadia players be safe?

YouTube is a powerful force in the gaming world. In 2018, more than 200 million people watched gaming content on YouTube every day. More than 50 billion hours were watched throughout the year.

Stadia will create a bridge directly between YouTube and games in a number of ways. The service offers dual 4K, 60 frames per second streams (one for the player and one that can be sent directly to YouTube). Additionally, players will be able to join streamers using the Crowd Play feature.

Watch a live stream, click a button, and suddenly you’re in the queue to play against a content creator. Additionally, Google will be driving traffic to games on the Stadia platform by placing “Play Now” buttons after some videos. There’s potential here for this to expand to content creators, giving them a commission like those offered on Twitch or Epic Games Store.

The technology is powerful in how it can potentially reshape discoverability across the video game industry. However, there’s another side to the YouTube coin… YouTube.

Google’s omnipresent video service is its own worst enemy.

YouTube is a great place for gamers to find tips and tricks, watch critical deconstructions, and check out games before dropping cash. It’s also a deeply broken refuge for white supremacists, conspiracy theorists, and toxic creators.

The YouTube recommendation engine has a knack for taking innocuous searches and leading viewers down strange rabbit holes. The platform has made strides, using automated detection technology to remove more than 58 million videos and 224 million comments in the third quarter of 2018 for spam, nudity, and extremist rhetoric. YouTube hasn’t managed to figure out a way to weed out other forms of toxic content, including videos carrying hateful messages and encouraging self-harming.

With Stadia, Google is targeting the wide range of game consumers, including minors. YouTube’s house isn’t in order, and it’s incumbent upon Google to address this looming safety and security problem before ushering in even more children to a platform that features harmful content amidst a sea of otherwise innocuous gaming videos.

Safety and security is a core issue for platform holders. Microsoft, Sony, and Nintendo have firm rules about what is and isn’t allowed on their platforms. Valve is finding out what happens when you don’t tend the garden. The company is facing blowback over Steam’s content policies, which have remained unclear and purely reactive. Google is investing in content and streaming tech, but it also must chlorinate the YouTube pool before Stadia users dive in.

Can we trust Google to stick it out?

Google is a daily part of nearly every internet user’s life. The company’s search engine is the de facto standard, with more than 63,000 searches every second.

The company’s calendar, email, and productivity solutions are present on most devices. Chromebooks are becoming regular tools in the American classroom.

Google is one of the most recognizable brands, and it’s everywhere, including the dumpster.

While there’s likely no danger of Google Docs or Gmail disappearing, Google has killed off a number of high profile products that the company heavily promoted. These include Google+ and Google Buzz (social media platforms), Google Wave (a communication tool), Google Reader (an excellent RSS application), and Google Glass (a mixed reality wearable).

Google certainly has the right people involved, with Jade Raymond leading its studios effort and former Sony and Xbox exec Phil Harrison heading up the Stadia project. Ubisoft and Bethesda were present to give a hint at the kinds of partners Google is targeting.

But the company still needs to contend with broadband infrastructure and the perception around streaming solutions. Google needs to demonstrate its commitment to gaming not just to developers, but to consumers. This confidence will come in the form of pricing, content, and delivering on the technical promise.

Even then, it’s hard to know if Google is fully invested. Is this just an experiment at the dawn of a new gaming paradigm, or is the Silicon Valley giant in it for the long haul?

The answer to this is wrapped up in the rest of the questions posited here.

The Stadia reveal was an impressive showcase of tech and vision. As it gets closer to release this year, we’ll find out if there is substance to the illusion.