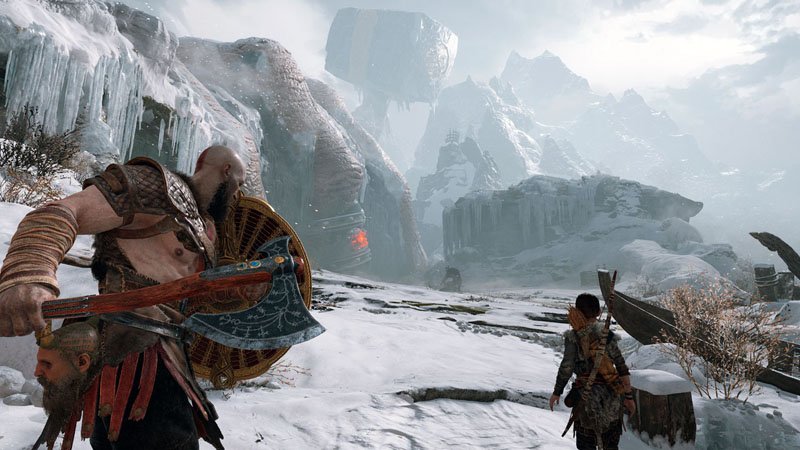 Game developers want to make games that they, their teams, and their audiences will love. But there's no greater honor among artists and engineers than to be recognized by a panel of their peers for the work they do and the impact that they've had on the world around them. During this year's Game Developer's Choice Awards and Independent Game Festival Awards, the industry looked to its own and they have spoken: God of War is Game of the Year, with The Return of the Obra Dinn receiving the Grand Prize at the IGF Awards.

“The Game Developers Choice Awards represent the most refined games of the year, and the sheer variety of games honored tonight showed that games can still represent wholly new and unique creative visions,” said Katie Stern, General Manager of the Game Developers Conference, in a statement.

The "unique creative vision" of GRIS brought Nomada Studios an award for Best Visuals. Red Dead Redemption 2 took home an award for best technology. And The Return of the Obra Dinn won Best Narrative at the GDC Awards, as well.

“A number of independently developed titles like Celeste, Gris and Florence helped prove how internal or deeply personal turmoil can make for massively appealing games for millions of fans," Stern continued in the statement. "While games like God of War and Red Dead Redemption 2 capture our imagination with poignant moments juxtaposed against epic tales of staggering scale and technical prowess. We embrace and accept all these amazingly creative works, and we’re proud to recognize these nominees and winners alike for the imagination and hard work that brought them here."

Rieko Kodama was finally recognized for her incredible contributions as a trailblazer in the game industry with the GDCA Pioneer Award, for 35 years at Sega and was consequently the first woman to receive this award in the history of the GDCA. Similarly, Amy Hennig was the first woman to be awarded with the Lifetime Achievement Award, which she received for her "varied career," as well as the acclaimed video games that she has helped shepard into the world.

Into the Breach (Subset Games)

The winners of the 21st annual IGF Awards are: