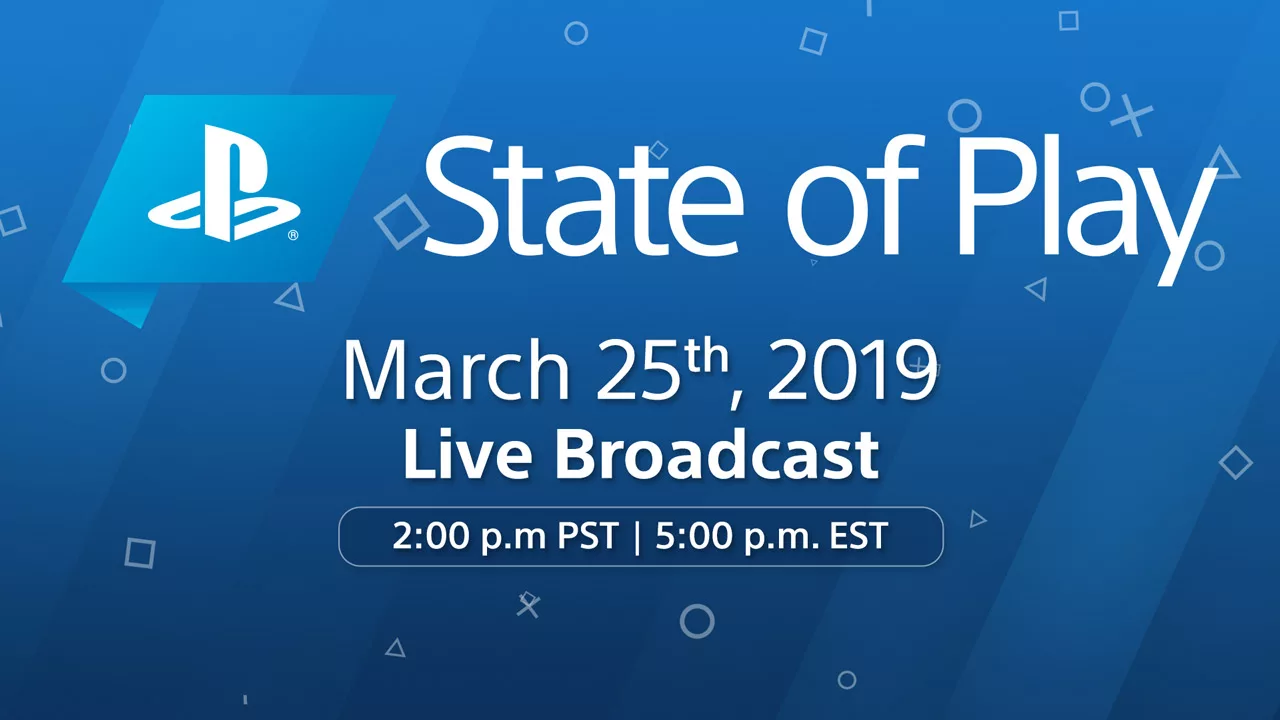 After months of speculation on what Sony has planned for 2019, PlayStation is going to give us what we've been looking for: real, actual information. Next week, Sony will introduce State of Play, PlayStation’s own take on Inside Xbox and Nintendo Directs.

Shuman added this was only the start of things to come, noting that there would be more editions of State of Play over the course of 2019 “with more updates and announcements.”

State of Play marks PlayStation’s arrival to the "direct to consumer" announcement and update methodology. Sony's a bit late to the game, as Inside Xbox and Nintendo Direct have been around for a number of years, the latter easily must-see, essential event viewings with their broadcasts since 2011. Sony was in desperate need to communicate with fans and industry alike (on a mass scale, at least), having announced it won’t be at E3 this year, plans for any 2019 PlayStation Experience currently unknown, and the looming elephant in the room on whether we’ll get a PlayStation Meeting this year that will introduce PlayStation 5 to the world.

Last year, in the aftermath of Sony’s withdrawal from E3, IHS Markit analyst Piers Harding-Rolls told GameDaily he felt there was “experimentation” on Sony’s part for how it would offer information for 2019. In a more recent preview looking at what Sony has for the year, Kantan Games’ Serkan Toto told us “a Sony-exclusive event or a series of events” could be on the cards for how it shares information for 2019 (and possibly how it unveils PS5), adding that with there still being a handful of significant games coming to PS4, “Sony needs a way to cover them and drum up interest.”

No one is sure what to expect from the show from a first-party standpoint beyond PS4 and PSVR games on tap, although we can hazard educated guesses. Beyond a launch trailer for Sony Bend’s Days Gone, which has already gone gold and launching on April 26, and Dreams from Media Molecule (due to go into early access sometime in spring), there's nothing beyond Q2 2019.

The remake of Medievil from Other Ocean is due to get more of a showing, having not been seen since its first official trailer on Halloween last year (following a PSX 2017 reveal). There is also PixelOpus’ Concrete Genie, which hasn't had a public update since E3.

With the introduction of this new broadcast, just as we begin to transition to a new generation and as PlayStation gets set to receive a new boss soon in Jim Ryan, it’s now a question of whether this officially begins the, albeit quiet, lead up to the PS5 announcement.