GameStop remains optimistic in the face of massive loss 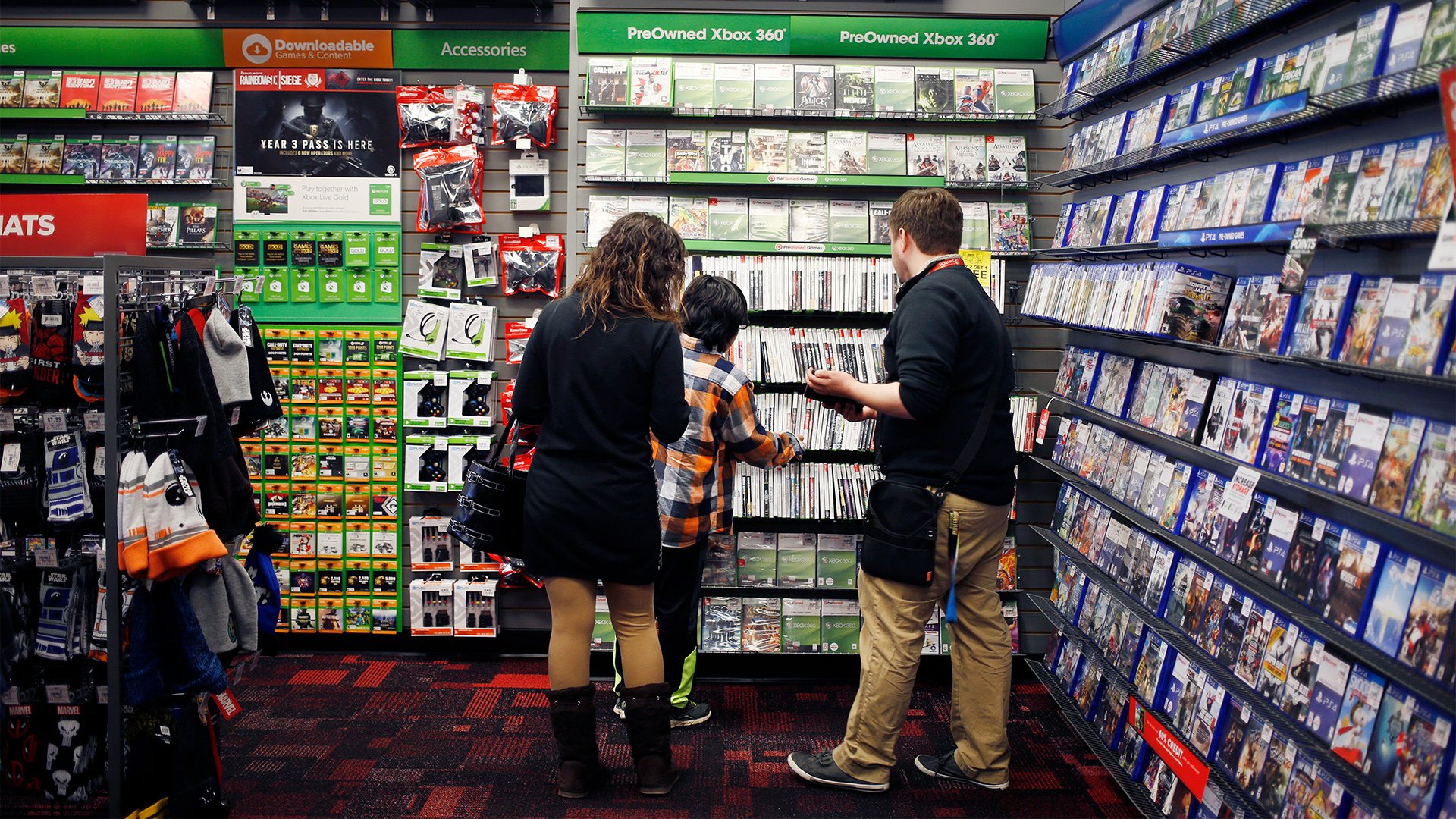 Video game seller GameStop has had a bit of a rough 12 months, to put it lightly. Between stock plummets, multiple CEO changes, the liquifying of its AT&T stores, and a failed attempt at selling the company, things look grim for the perennial retailer. Now, the company has released its earnings report for fourth quarter and fiscal 2018, a report that churns the already-troubled waters GameStop is currently treading.

The company has posted a $673 million operating loss, according to the report, thanks in large part to a 3 percent drop in global sales during fiscal 2018. The biggest contributor to the drop was the sharp decline in pre-owned game sales, which has been a pillar of GameStop’s business since its inception. During fiscal 2018, used game sales fell by an enormous 13.2 percent. The report is careful to point out that fiscal 2018 had one fewer operating week for GameStop, but it’s unlikely that the missing week accounts for such a significant downturn.

“This past year was a pivotal one for GameStop, capped by retail industry veteran George Sherman’s appointment as chief executive officer,” Dan DeMatteo, GameStop’s executive chairman said in the report. “We are excited to move forward under George’s leadership as we refine our strategic direction and implement several initiatives under development to strengthen the company for the future and drive sustainable growth and profitability.”

Still, despite the overall grim tone of the report, there are some positives to be found. The sales of accessories and collectables saw an increase last year, making GameStop’s purchase of ThinkGeek a few years ago at least somewhat worthwhile. The company is optimistic that the sale of collectables will be central to financial recovery.

With the rise in digital game sales, GameStop’s priorities seem to be shifting. In addition to an increased focus on collectables, it spies potential in the increasingly-profitable esports arena. Late last month, the company announced that it was sponsoring a new training facility for esports organization compLexity Gaming. The facility will be located at The Star, the 91-acre campus in Frisco, Texas that also serves as headquarters for NFL team the Dallas Cowboys. Cowboys owner Jerry Jones, along with real estate investor John Goff, purchased a majority stake in compLexity Gaming in November of 2017.

“The opening of the GameStop Performance Center represents Complexity’s vision to further professionalize the esports industry and leverage the learnings from the Dallas Cowboys who also call The Star home,” Jason Lake, CEO of compLexity Gaming said of the new facility. “We are creating a world-class facility that will engage fans both in person and online and positively impact the entire industry for decades to come.”

Other ways GameStop intends to combat plummeting stock prices and revenue, according to the report, include “supply chain efficiencies, operational improvements, expense savings and pricing and promotion optimization.”

In the report, Rob Lloyd, chief operating officer and chief financial officer of GameStop, said adjusting expectations and shifting focus to more profitable sectors is going to be key to the company’s survival going forward.

“We are pleased to have delivered fiscal 2018 results within our adjusted guidance range, which included fourth quarter and full year sales growth across video game accessories, collectibles and digital,” Lloyd said. “As we think about 2019 and beyond, we recognize the challenges facing our pre-owned video game business and are prepared to address them as we continue to evolve our business model going forward. GameStop is a leader in the video game industry, and we remain committed to capitalizing on our leadership position to discover new and unique ways to meet our loyal customers’ entertainment needs and attract new customers.”

Given how fast digital marketplaces have grown over the past several years, some might question whether GameStop is even necessary anymore, that brick and mortar establishments don’t have a place in today’s gaming landscape. But there’s an argument to be made that GameStop provides some much-needed accessibility; the existence of a secondhand market ensures that more consumers have access to games, and it’s impossible to resell digital titles. Lower income gamers have just as much of a right to enjoy our hobby as anyone else, and GameStop is one of the few places they can turn to for cheaper games. For this reason, we’ll be crossing our fingers that the company can right the ship.

After all, games are for everybody.