Epic's Tim Sweeney: Exclusivity deals are 'up to developers and publishers' 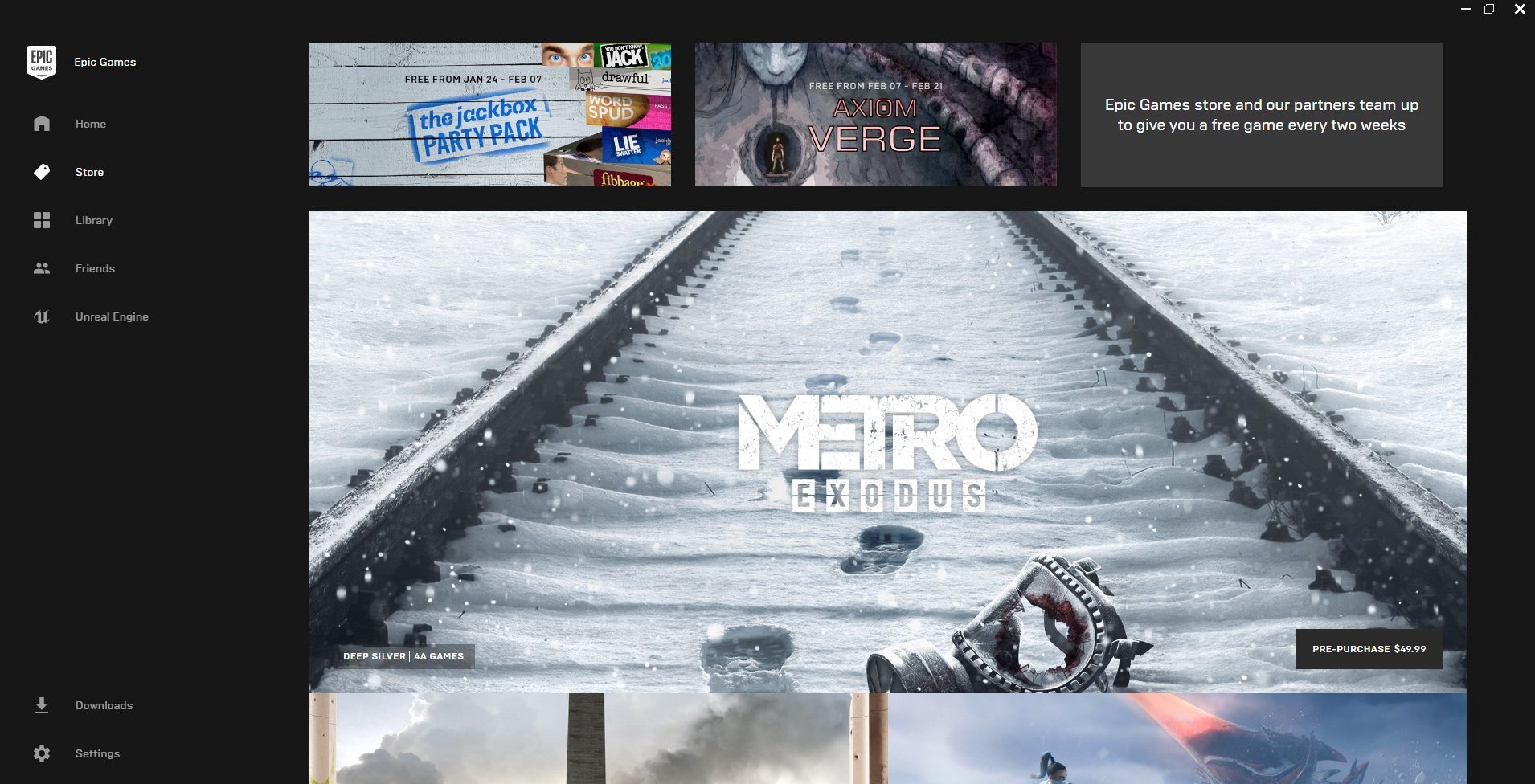 It’s hard to believe that the Epic Games digital storefront has only been live for a handful of months, given the disruption and debate its presence has garnered in the PC gaming space. To quickly recap: after its early December announcement, the store came out swinging at the 2018 Game Awards and picked up exclusivity deals left and right. Game devs cheered about Epic’s higher revenue share, but Valve and gamers decried the exclusives as “unfair.”

That about catches us up to this week, when Epic CEO Tim Sweeney responded to questions about the store by saying the Epic Games Store would continue to sign exclusivity deals with other companies “regardless of their previous plans or announcements around Steam.”

The problem with that statement, however, is that it’s in direct contrast to some comments Steve Allison, Epic Games Store head, made at GDC last month. When asked about Metro: Exodus, which was already collecting pre-orders on Steam when the Epic exclusivity deal was announced, Allison said, “We don’t ever want to do that again.”

So what’s the reason for the discrepancy? According to Sweeney, after Allison’s GDC panel, the team continued to discuss the issue internally. The resulting decision was that “these calls must be up to developers and publishers, and Epic wouldn’t tell them ‘no’ on account of existing statements made about Steam.” Naturally, the outcry from gamers was immediate, with some accusing Sweeney and Epic of bribing publishers to “screw over their Steam fanbase.”

This isn’t the first time two of Epic’s higher-ups have contradicted each other with regards to the store. In February, Sweeney said that developers will be able to opt into many subfeatures, including user reviews, in order to avoid the negative fan practice known as “review bombing.” Epic Store designer Sergey Galyonkin, meanwhile, claimed that opt-in reviews “aren’t the solution to review bombing.” (At the time, an Epic rep clarified to GameDaily that the tweets were “conversational” and not meant to be taken as announcements.)

So who’s in the right here? Is Epic correct that it’s up to publishers to secure and maintain their own exclusivity deals? Should the Fortnite publisher take existing contracts into consideration before signing exclusives? Does the benefit to developers (an 88/12 share as opposed to Steam’s 70/30) outweigh any complications from store-jumping, or are gamers right that this is an anti-consumer practice? The discussion is going to continue to swirl, regardless. Valve’s strategy, meanwhile, is to pretend the Epic Games Store doesn’t exist, while reorienting their own UX… without taking care of developers.