Tetris Effect: Mizuguchi wants us to just 'relax and chill out' 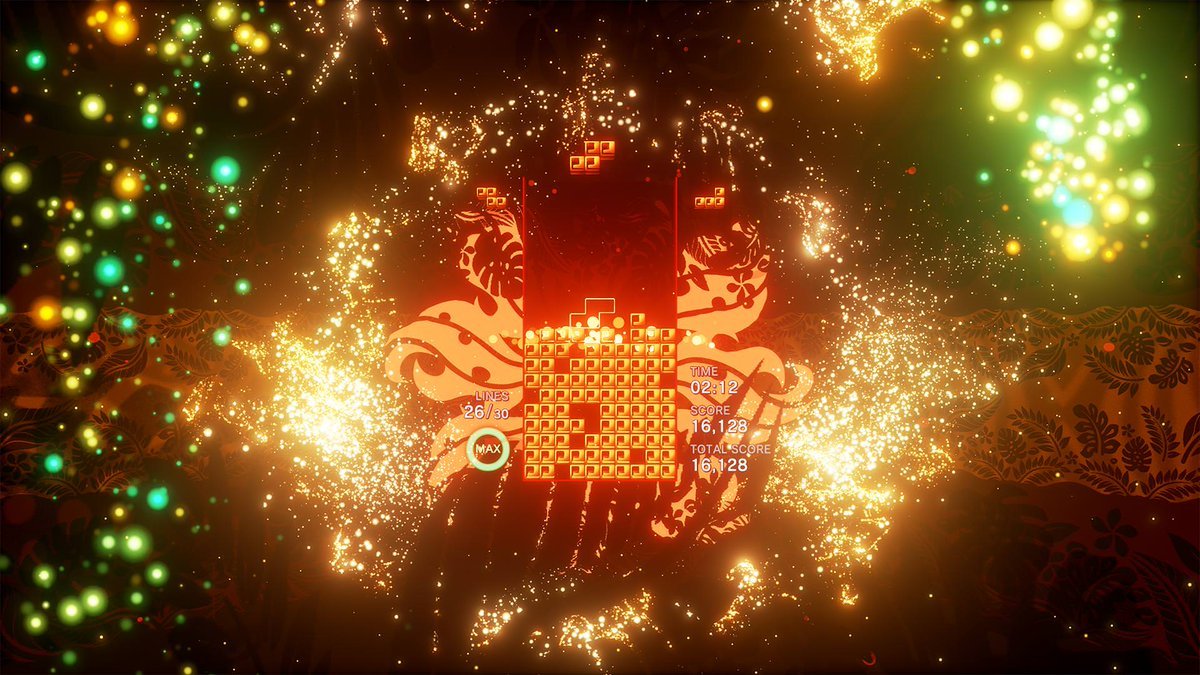 Tetris is one of a handful of games that completely transcends the medium. Over the last 30-plus years, Alexey Pajitnov’s puzzle masterpiece has embedded itself into mainstream pop culture while selling hundreds of millions of copies and being named among the top games of all time by numerous publications.

There have been many variations of Tetris over the decades, and odds are you know someone obsessed with at least one of them. You’ve never seen a Tetris game like Tetris Effect, however. The Fall 2018 title is the first Tetris to leverage the genius of Tetsuya Mizuguchi, the veteran Japanese games developer best known for creating mesmerizing titles like Rez, Space Channel 5 and Lumines.

What does that mean and why is it significant? If you can imagine taking Mizuguchi’s often trance-like aesthetic and game design and applying it to the Tetris formula, you should get an idea of how impactful that can be.

Sony does a pretty good job of describing the game experience on the PlayStation blog: “[Tetris Effect] is a culmination of Tetsuya Mizuguchi’s entire body of work. [The game] blends the time-tested gameplay of Tetris with Lumines-style level themes and progression, wrapped in the Rez-like audiovisual bliss that can only come with a Mizuguchi-directed experience.”

After briefly trying out the game at E3 2018, Mizuguchi told me, “There are some elements from Lumines and Rez that we put into Tetris, which has a very unique game design itself. It's like a sculpture. We said, ‘Let's make Tetris with our flavor.’ I used to use words like synesthesia, visual/audio and any kind of sensory experience combined together, so how can we make that kind of experience with our synesthesia flavor? It's a really fun process.”

Tetris Effect is playable either with or without PlayStation VR, but Mizuguchi clearly prefers it with the new technology. In fact, he described how he believes VR and similar technologies will completely change gaming.

“I think this is a new area for everybody, especially if you play with VR, which allows you to go into the world,” he said. “Without VR you have that distance [from the screen]  but with VR you can see everything in 3D and you can feel it. I think we're going to the next step as humans. This is a totally new expression and a new experience.”

“I believe in the future of the VR/AR/MR industry,” he remarked. “In 10 years, we will have much more crispy, lightweight headsets and 5G technology and the cloud technology. We will have the next level, so the technology always gives me big inspiration.

“Even with the PSP, it was like an interactive Walkman. So I said, ‘Ok let's make the puzzle game with music.’ At the time we made Lumines, and with VR we said, ‘Let's enhance the Rez experience into Rez Infinite, and now with Tetris Effect. I will get my next inspiration from the next technology.”

Enhance is the appropriate word, as it’s also the name of Mizuguchi’s studio founded in 2014, after he left Q-Entertainment in 2013. The primary way he’s enhanced Tetris, apart from music and visuals, is with a new Zone mechanic. Once you’ve built up your Zone meter, you can use this new power to freeze time and figure out how to clear many more lines in Tetris Effect. It’s almost like a “god mode” when you’re able to activate your meter to get in the zone, and it definitely fuels people’s Tetris block-trained brains.

Tetris Effect was so-named after the psychological phenomenon that stems from people playing Tetris for so long that afterwards they keep seeing shapes coming together in their real-world vision or in their dreams. Mizuguchi told me that he has absolutely experienced this himself, but he wanted to see how he could take the Tetris mindset to the next level.

I wanted to build Tetris Effect as the gateway to the next generation for everybody. Maybe you can relax and chill out, maybe you're having a drink. Just relax and refresh. That is the kind of experience we need.

Mizuguchi is definitely a cool cat. In person, he’s completely laid back and welcoming. He enjoys seeing the effect that his games can have on people, as he’d love to span the generations with titles that can relieve some tension and anxiety.

“Most of the games [on the market] are very intense and much more action-oriented and very aggressive, but we need this kind of game for everybody,” he said, referring to Tetris Effect. “Not only our generation but my mother and everybody knows Tetris and can play, but everybody can feel the new experience. I wanted to build Tetris Effect as the gateway to the next generation for everybody. Maybe you can relax and chill out, maybe you're having a drink. Just relax and refresh. That is the kind of experience we need.”

Mizuguchi said he first spoke to Tetris Company chairman Henk Rogers about six years ago. Rogers, he noted, is a lover of both music and art and regularly attends Burning Man festival, so he knew that there could be some synergy between Enhance and Tetris.

“I had a long, long conversation with Rogers… and so we had discussions about, ‘If we made a game together what kind of new Tetris experience could we make?’ Four years ago I started to fund the budget and I seriously started to think about VR, PSVR and the other VR coming into this industry. I started thinking about detail and then finally we started the production two years ago. We had the confidence we could make a totally new type of Tetris,” he said.

While Tetris Effect is likely to do well in the West, Mizuguchi is confident about it in his homeland as well. He admitted that it feels like the Japanese console industry “lost 10 years” because “everybody moved to mobile,” but he’s also seeing things picking up now.

Tetris Effect will come with over 30 stages and popular modes like Marathon, Sprint, and Ultra when it ships later this fall. And if you don’t want to play in VR, it will also support 4K resolution on the PS4 Pro.