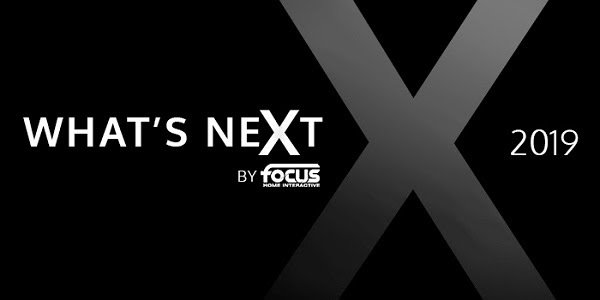 As part of their annual ‘What’s Next’ event in Paris, publisher Focus Home Interactive announced a wide list of new and renewed partnerships with various game studios to fill out their 2019 and beyond.

Chief among these announcements is a renewed partnership with DONTNOD, who developed 2018’s Vampyr under Focus Home’s umbrella, but is also known for the Life is Strange franchise under Square Enix. Focus Home also announced that more than one million copies of Vampyr have been sold.

With The Surge 2 coming soon, Deck13 has also renewed their partnership with Focus Home, and have begun working on a new franchise. World War Z developer, Saber Interactive, will continue working with Focus Home on two new titles, one of which will be set in the ever-present Games Workshop universe. No word on if that specifically means another Warhammer 40K or WarhammerFantasy IP, but you can almost certainly bet it does. Asobo Studios, currently wrapping up A Plague Tale: Innocence, is continuing with Focus Home.

Passtech Games will be focusing on a new IP indie game for Focus Home, and Streum On Studio will be making a shooter set in another Warhammer 40K universe.

Focus Home has also struck a deal with Chaosium for the exclusive rights to their Call of Cthulhu IP. It’s a deal which no doubt stems from the modest success of Focus Home’s work on the first Call of Cthulhu game, which was also recently announced would be ported to the Nintendo Switch.

Vancouver-based Gasket Games will be working on a strategy title set in the Games Workshop universe, most likely a Warhammer: Age of Sigmar property, judging from artwork. Rounding out the partnership announcements are Limestone Games and Lightbulb Crew.

Focus Home, known primarily for PC and console titles, also announced that it will be expanding its efforts to the Nintendo Switch, Android, and iOS. This means a number of ports to the Switch, including Farming Simulator, Call of Cthulhu, and Vampyr, the latter two being produced by Saber Interactive. MudRunner 2 will also be hitting Android and iOS devices in the “near future.”

Take a look at the accompanying art Focus Home tweeted out and you can begin to get an idea of the tone of each game the company and its developers are tackling.

It’ll be interesting to see how these deals with Focus Home impact the individual studios. Sumo Digital has beefed itself up recently, announcing two executive promotions and acquiring Red Kite Games in February 2019.