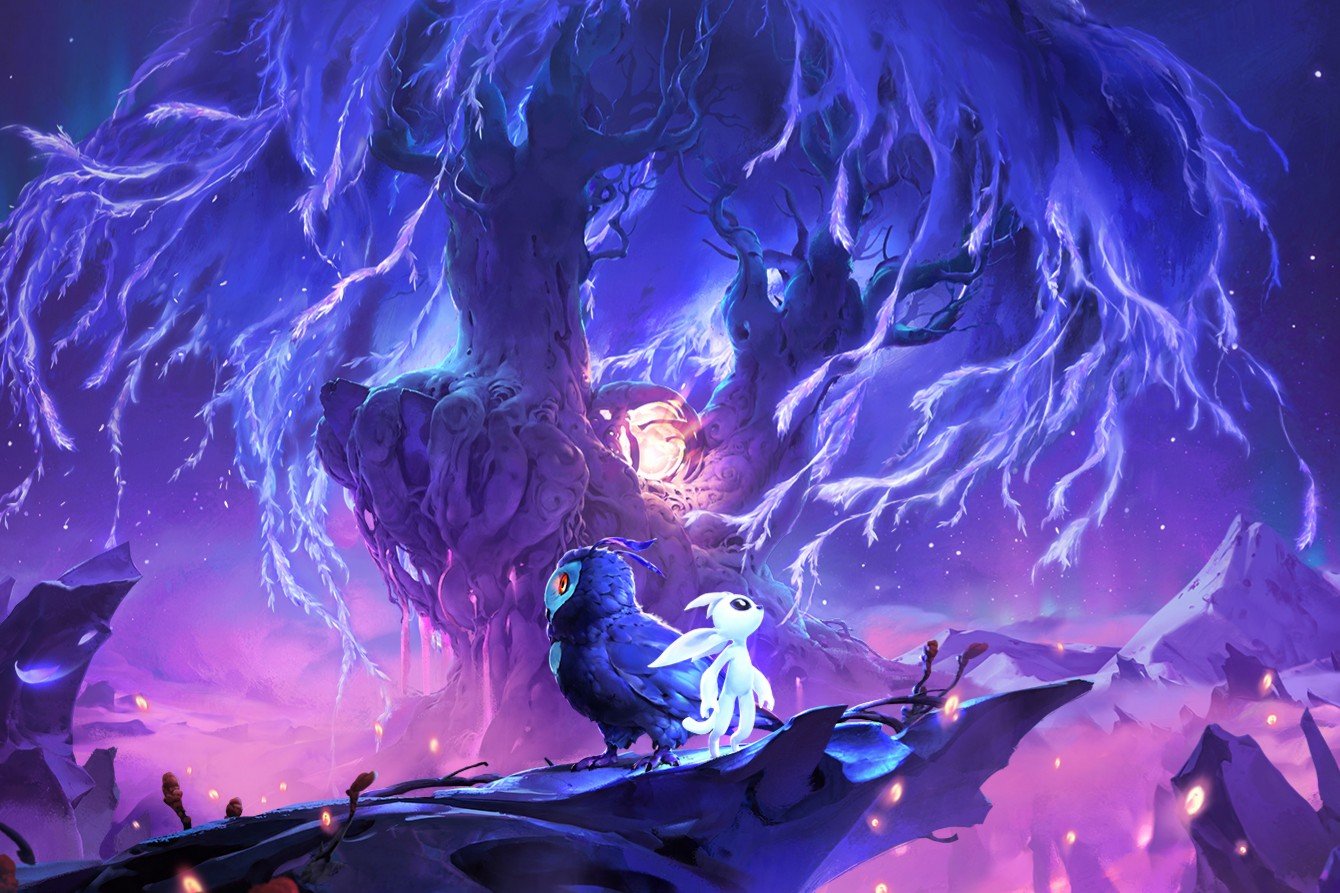 A game’s music can not only add to its atmosphere, but elevate elements of game design and narrative. So argues Gareth Coker, composer of the soundtrack for Ori and the Blind Forest, as well as its upcoming sequel, Ori and the Will of the Wisps. But development has to allow for this to happen. With music often being left to near the end of the production process, composers can have a hard time creating meaningful work that really integrates with an overall theme and story.

Though it may not feel like it, game development is still a very young industry. Experimentation is rife and will continue to push the medium forward, even when it comes to the ancient art of music composition. Coker feels that there’s huge room for improvement when it comes to implementing music into games, but that’s going to take time -- both within the development process itself and in the wider industry in general.

There's only a handful of composers, and I don't include myself in this, who can really break down music and get it to play back in a way that's implemented in a really unique and original way.

“Fundamentally, I still think we are not in the golden age of video games yet,” Coker says. “I feel like we're still in late adolescence, like 17 or 18. I didn't start figuring things out until I was 26 years old. I feel like in my early 20s I still didn't know what was going on. I thought I did but I didn't. At 17 - 18, there's some really cool stuff coming out of the industry, it's like the super talented, precocious teenager. But it's not consistent yet. So in that sense, just on a musical level, we're barely scratching the surface with what we can do in terms of implementation. That's not because the tools aren't there; it's because composers are wired to write music in a certain way.

“There's only a handful of composers, and I don't include myself in this, who can really break down music and get it to play back in a way that's implemented in a really unique and original way. Most composers are writing music either horizontally, which means the music changes according to exactly what the player is doing moment to moment - that's how Ori is scored - or vertically, which is more like an intensity. If there's a fighting game, for example, you start off with the music at a low intensity, then as your health gets lower the music increases in intensity. There's a very basic example.

“That's a very crude way of breaking it down, but I think if you were to look at most games, that's how they're scored. But there are few composers who are doing really really crazy stuff, interesting stuff. I'm going to pick Olivier Deriviere. He did Remember Me and recently Get Even, which was Bafta nominated. With his score for Remember Me, the music was synced to the fighting engine, including the punches, and the tempo of the fighting. There'd be stings in the music that were synced up to the punches and as your combo increased, the music would increase in intensity, and if your combo breaks the music completely drops out. So he is an example of the composer who is really getting into the very specifics of what the gameplay is actually doing. Music that ties into a combo? That's nuts. But it really works very well.”

But composers aren’t always given the time or freedom to really innovate in this way. Luckily, Coker’s relationship with Moon Studios on the Ori games gives him that opportunity. He’s a core member of the development team, despite working as a freelancer in the virtual office, and has access to game builds, assets and feedback from the team.

“Sometimes you don't have the time to experiment,” he says. “Sometimes you're coming in at the end of the project, but the earlier the composer gets on the team, the more time there is to experiment, the more time there is to fail. And that's when the truly creative stuff can really happen. In the case of Ori, all of the game music, the actual regular gameplay music, is between 90 beats per minute and 128. There's nothing faster and there is nothing slower. I played the game early on and I had a metronome going the whole time and I would look at what felt right to me. How does that match the pace of the gameplay? Little things like that, but who has time to play the game? Because you need to play for a good three to four hours to figure that out.”

This is one of the most important aspects of being in an open, communicative team. Playing the game is vital to creating music for it and is strangely uncommon. Composing is time consuming, though. Perhaps more so than non-composers would imagine.

“If you’ve got three hours of music to write and you've got four months left, that's 120 days to write 120 minutes of music,” Coker explains. “A good pace for most composers is one minute of music per day. That's a generalisation. It can go faster and it can go slower but that's a good rough barometer. John Williams says a good day for him is one minute of music. So if that's good barometer for him, it’s a good barometer for me.”

Being brought onto the development team early on in the process allows for Coker to worry less about having to hit that one minute of music per day, and put more thought into his creative process.

“The Misty Woods in Ori and the Blind Forest, for example... When I came to writing that I thought, 'Man, the whole game is set in a forest. What am I going to do for this specific forest?' And I said to myself, ‘Okay, what's the gameplay hook here? The Misty Woods. There's no map. The map is completely changing all the time. So the player is supposed to be confused. Is there a musical device that means confusion?’ Think back to music school. Go back to all those classes that I forgot and wasn't really paying attention in. Ah, the Whole Tone Scale! It’s a selection of notes, just a musical scale, but it cannot resolve due to the structure of the notes. It is impossible to resolve. Just because of how the scale is structured.

“Problem solved! And after I came to that decision I wrote the whole Misty Woods track [in one sitting]; it literally took me a few hours. Done. Finished. And the great thing about it not resolving is that it also feels like it's not repetitive. So it can just go on forever and ever and that's one of the good things about it. You want the player to feel lost. It's one of those moments where it should be frustrating for the player. And then when it's finally resolved, when you finally finish the area and solve the Misty Woods you get a nice major scale which feels like a relief.”

With so much scope for unique, bespoke aural experiences in games, the future looks bright for composers in the industry. The more time and freedom they’re given, the more likely we are to hear music that is built specifically for the interactivity of the medium and which treads new ground. Coker has proven this already with Ori and the Blind Forest and we can’t wait to hear what he’s preparing for us in the sequel.

“If you go the safe route I feel like there's a chance the player might switch off,” he says. “'Oh, it's the emotional strings thing again.' And yes, you can do that, but can you do the emotional strings in a different way? Can you add some esoteric instruments on top of that to make it just a little bit interesting? That's what I feel like a lot of my favorite composers working in games right now are able to do.”