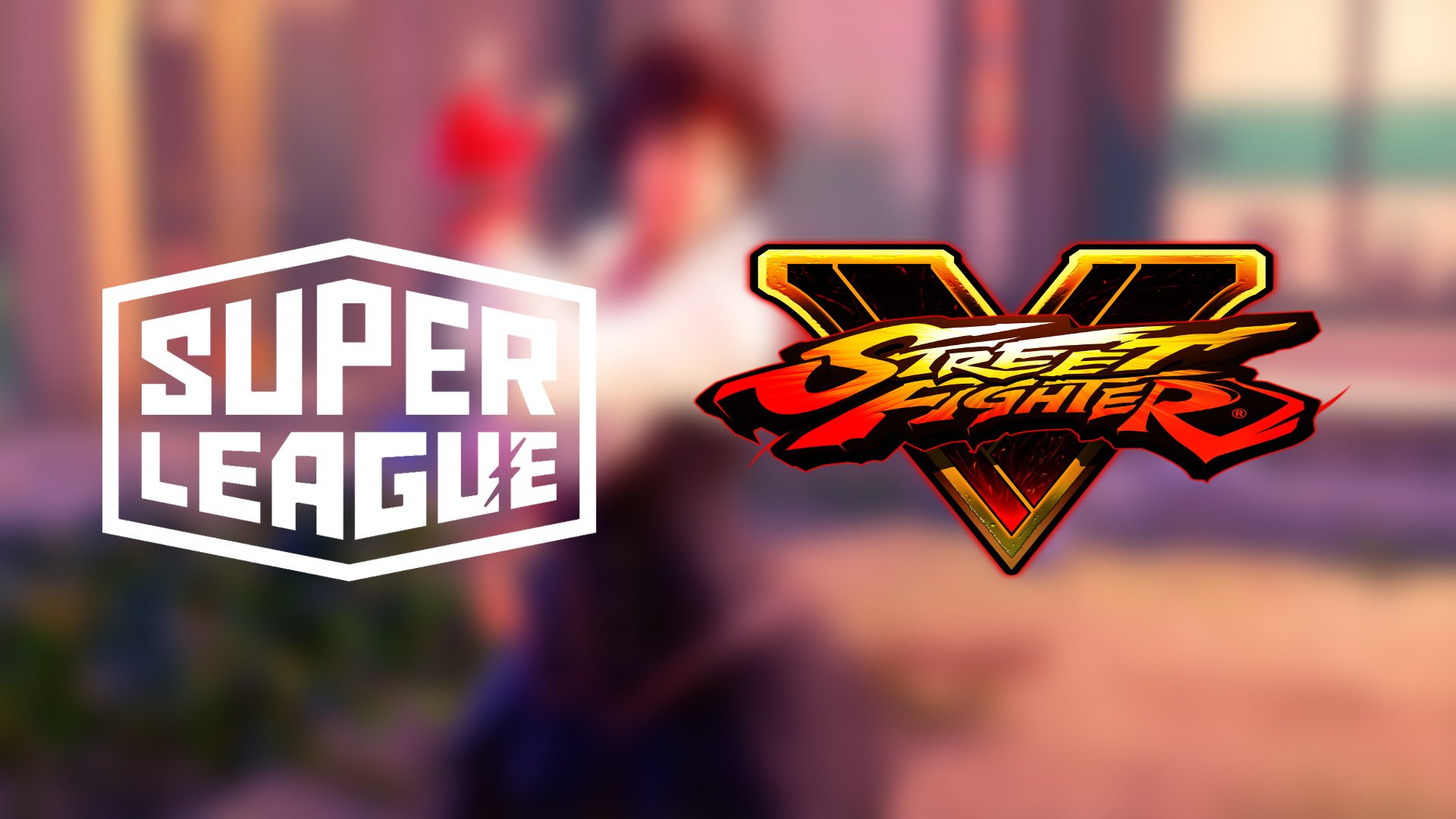 Super League Gaming (SLG) has announced that it will be partnering with Capcom to bring Street Fighter V to SLG for a brand new amateur competitive league called Street Fighter League. Street Fighter League will follow similar convention to how SLG handles League of Legends, Clash Royale, Minecraft, and Fortnite, where the emphasis will be on "hometown teams" and live events.

SLG has made a number of interesting decisions over the last 12 months, including a more refined focus on amateur competition that spans all age groups, instead of just children and teens, which was their original focus. Their recent partnership with Topgolf will allow SLG to reach bigger audiences for friendly competitive play across the US.

Fighting games are the lifeblood of the competitive gaming scene, especially in places like EVO, Dreamhack, and ESL. But with so many games to choose from, including Soul Calibur, Tekken, BlaZBlue, and Mortal Kombat (among so many others), Street Fighter V is an interesting first choice.

GameDaily spoke with Andy Babb, Executive Vice President at Super League Gaming, over email about what this partnership means and how SLG will handle folding the fighting game community (FGC) into their existing league structure.

"Street Fighter is one of the most established and venerable brands in esports," Babb explained, when asked about why SLG chose Street Fighter for its first foray into competitive fighting games. "The Street Fighter community is incredibly strong and passionate, which fits in well with the local amateur esports communities Super League is building nationwide.

"And most important, the clear vision from Capcom around the importance of the amateur ecosystem within their broader commitment to esports. Every player who attends a pro esports event would love to be playing just like the pros. Capcom understands the value of delivering that opportunity to its competitive community and thankfully recognizes Super League’s track record in doing so for multiple other game publishers who think similarly."

Capcom's attention to the amateur scene continues to evolve and this partnership with SLG will allow better access to structured regional competition in the US. Babb explained to GameDaily that Super Fighter League will continue in the City Champs formula, which "continues to be the only national city-vs-city program in amateur esports."

“We are thrilled to bring Street Fighter V: Arcade Edition to today’s generation of players on a grassroots level through Super League,” Yoshinori Ono, Street Fighter series Executive Producer at Capcom, said in a statement. “Super League has proven that gamers seek and appreciate opportunities to play together in authentic experiences within physical venues in their hometown. The Super League community-based business model is a perfect fit for our players.”

Capcom won't just be handing over the license to Street Fighter and walking away, mind you. Babb noted that SLG's partnership with Capcom is just that: a true partnership where Capcom will be "involved the whole way." Capcom's expertise in Street Fighter will meet up with SLG's mission to develop "local player communities through having produced thousands of live, in-person amateur esports events."

Street Fighter League isn't going to reinvent the wheel for competitive play, according to Babb. Instead, it will be a "blend of old and new." This creates opportunities for growth for SLG, especially in its approach to spectating, but Babb also recognizes that the FGC is fairly vocal about keeping things consistent across competitive play.

"We recognize that the FGC is well established and is passionate about certain formats and maintaining genuine authenticity," Babb remarked. "We are entering their space humbly, planning to learn from what’s working and finding ways to add value while honoring their traditions."

The power of live events is the backbone of a healthy, sustainable esports ecosystem, much as Immortals Gaming Club's CEO, Ari Segal, noted in our interview with him in July 2018. SLG's commitment to live amateur events is singular in the industry, as Yoshinori Ono noted, but there are challenges inherent in wrangling fighting game competitions without the toxicity that tends to follow fighting games wherever they go.

We asked Babb how the organization will continue to enforce its founding tenets, even in fighting game competitions, which are notoriously problematic, even in esports.

"Super League is known for our commitment to what we call the ‘good gaming movement’, which is about creating inclusive, non-toxic environments for gamers across skill levels, ages, genders, etc, ensuring all feel welcome and comfortable," Babb said. "Players have embraced our brand and what it stands for, which is why we rarely have to enforce our code of conduct. That leaves us room to promote good, clean gaming fun that leads to new friendships and social connections as much as gameplay skill progression.

"We already are hard at work with Capcom thinking through the right competitive format and logistics to make sure the adaptation of the program for Street Fighter delivers an invigorating player experience on every level. While I can’t share details quite yet, I can promise you that the tournament will prioritize inclusiveness, diversity, integrity and a healthy spirit of competition."

Super League Gaming doesn't seem to be shying away from the challenges ahead when implementing a brand new fighting game competitive league. When amateur players engage with SLG, they're looking for a particular kind of competition, which encompasses the spirit of competition without the toxicity or exclusivity that professional competition has the tendency to embody. Street Fighter League will be a test of SLG's formula, as well as its ongoing commitment to diversity and inclusion throughout the organization.