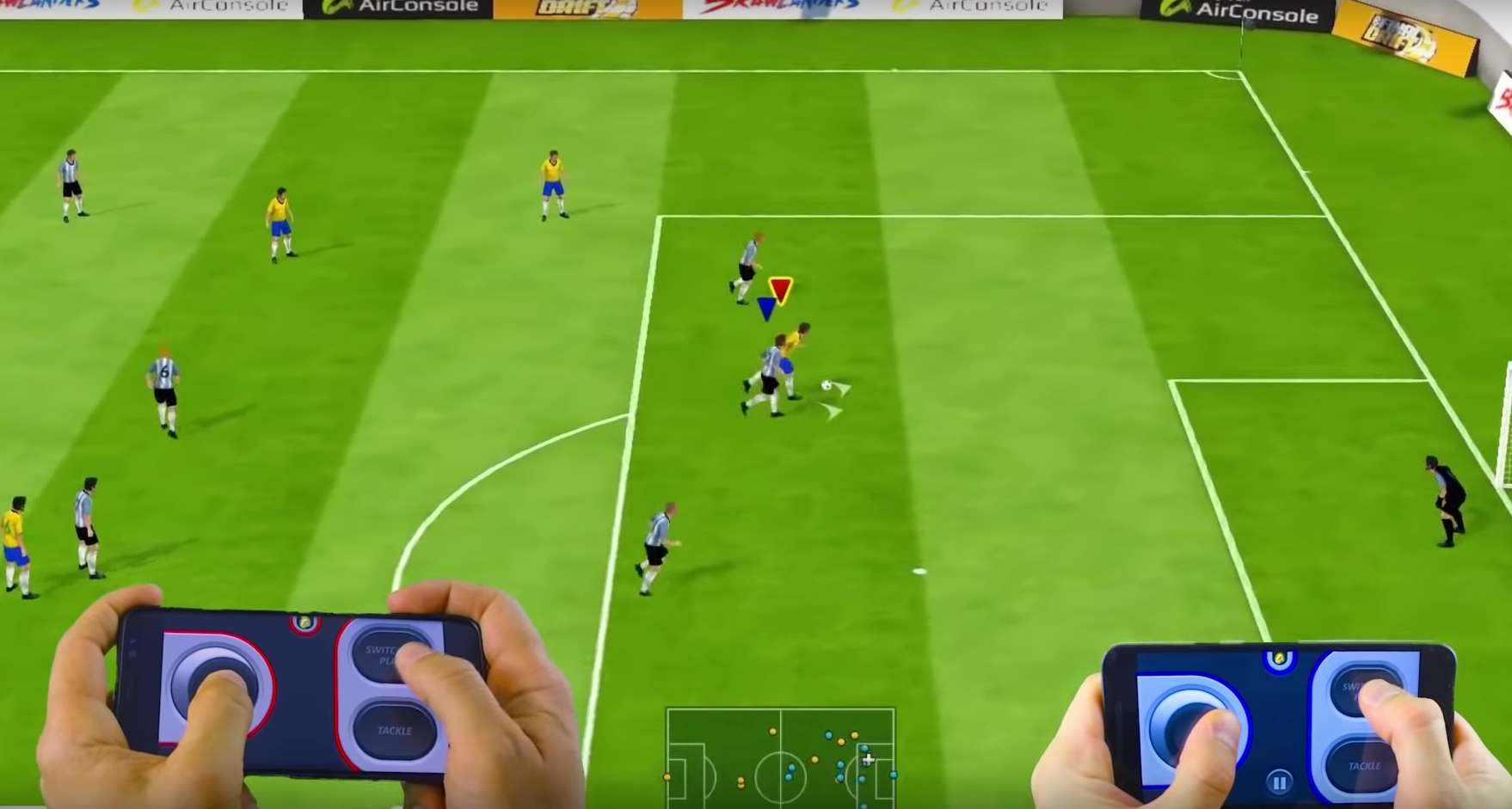 Remember the good ol' days when friends and family would actually sit down together in the living room to play games? For as sophisticated as today's video games have become, much of the industry has forgotten about local multiplayer. This is the core appeal of AirConsole, a web browser-based service that offers more than 120 games and counting and requires nothing more than your smartphone to control the experience.

In essence, AirConsole is an online video game console without the need for expensive consoles or PC GPUs. For $4.99 per month, players will gain access to the full catalog of 120+ titles, there's no waiting in between game sessions, no ads, and an unlimited number of people can play together. And if the era of free-to-play has gotten you too accustomed to a free experience, AirConsole offers that too, as the free version gives players access to five titles, enables two players to play together and does require waiting in between rounds while ads are displayed.

There are more than five million people playing AirConsole across the globe on iOS, Android, Android TV, Windows and browsers. The games are somewhat casual in nature, similar to much of what you see on Google Play or the App Store, but they're specifically meant to encourage playing together.

Alice Ruppert, Lead Game Developer at AirConsole, commented, "Although many of our games have single-player modes to give people an easy way to try them out, AirConsole is fundamentally built on the idea of playing together. Couch multiplayer is where our platform shines, where the advantages of the easy setup and phones as controllers really come to bear. Whenever we make big decisions about content on AirConsole, such as choosing the winners of a game developer contest, or deciding on the future of a prototype in development, we will always be playing those games together in the team, and judge them based on fun in the group."

Using smartphones as controllers brings about both pros and cons. While a distinct lack of buttons can be limiting, it's something the mobile game development community has adapted well to over the years. AirConsole wants to leverage smartphones' ease of use to get more people playing together.

"Phones have a lot of cool features as controllers, but they could not entirely replace regular controllers for everyone. But we definitely see casual gamers having an easier time getting started with AirConsole than on a gamepad, because it's a piece of hardware they already use every day," Ruppert said.

"We absolutely are aware of phones' limitations and take those concerns into account when designing games. We try to play off the phones' advantages instead, by using gyroscope and swipe gestures, or by conveying secret information (like your hand in a card game) via the phone's screen. What's special from a game design perspective is that you often have to rethink 'movement' entirely as soon as using a joystick or d-pad are suboptimal. We've tried a lot of variations and will still experiment more."

AirConsole, the product of a Zurich-based startup called N-Dream, was founded in 2015 by Andrin von Rechenberg, a former Google employee who, like many lapsed gamers, had a desire to play again without investing in console hardware.

"Andrin fondly remembered playing on NES with his friends and brothers, but never really felt like he was enough of a gamer to buy dedicated gaming hardware for himself," said Ruppert. "He figured, 'Wouldn't it be handy if I could just use my phone as a controller for a spontaneous game session,' and since Andrin's the kind of person who solves his problems with code, he had a first prototype for AirConsole a few days later."

At a quick glance, AirConsole might appear to be another cloud gaming service. Cloud has become the big buzz word of 2019, but the major players still have to prove that they're able to get around the latency issue. Luckily for AirConsole, this won't be a problem.

Ruppert explained, "Our games run locally on the big screen, we do not stream the gameplay from the cloud. We are able to communicate directly between the gamepads and the screen using WebRTC. Therefore, latency is not an issue for us. We use the word 'cloud' to convey ease of access: No installations or local setup is required because everything runs inside web browsers."

With a large library of games being played across 180 countries worldwide, AirConsole is continually adding to its offerings, but the service doesn't want to flood the market with games. As we've seen with Steam, that's not good for developers and discoverability and it's ultimately not good for gamers if the titles are lacking.

"When we reach out to developers, we go for quality rather than quantity," Ruppert noted. "It's a lot more important to us to make sure the next game we launch is better instead of just launching 20 new games. That being said, we will keep releasing small games made by indie devs who come to AirConsole on their own."

In the early days of the Nintendo Switch, before Nintendo opened the floodgates on eShop, Switch became an indie haven of sorts. Because the digital storefront had not been overloaded yet, it was much easier for indies to stand out. AirConsole believes it has a similar opportunity at this stage with indies.

"AirConsole has a lot of potential for indie devs since we can guarantee more eyes on your game than many other digital stores, which makes it a very attractive publishing platform for small teams without a big marketing budget," Ruppert added. "We also provide funding directly to skilled dev teams to produce what we call AirConsoleOriginals: high quality games developed specifically for the platform and with its advantages taken into account. Our exact criteria in terms of technical and game design requirements are for quality assurance rather than to match any specific genre or topic. Detailed information can be found on developers.airconsole.com."

Considering that the number of smartphone users could approach almost 3 billion across the globe next year, AirConsole is in a great position to add more players to its service. Rather than burying your face in your phone and isolating yourself from the world, why not use it to play together?

"We are working on bringing AirConsole to all SmartTVs, to bring casual couch gaming to as many living rooms as possible," said Ruppert.