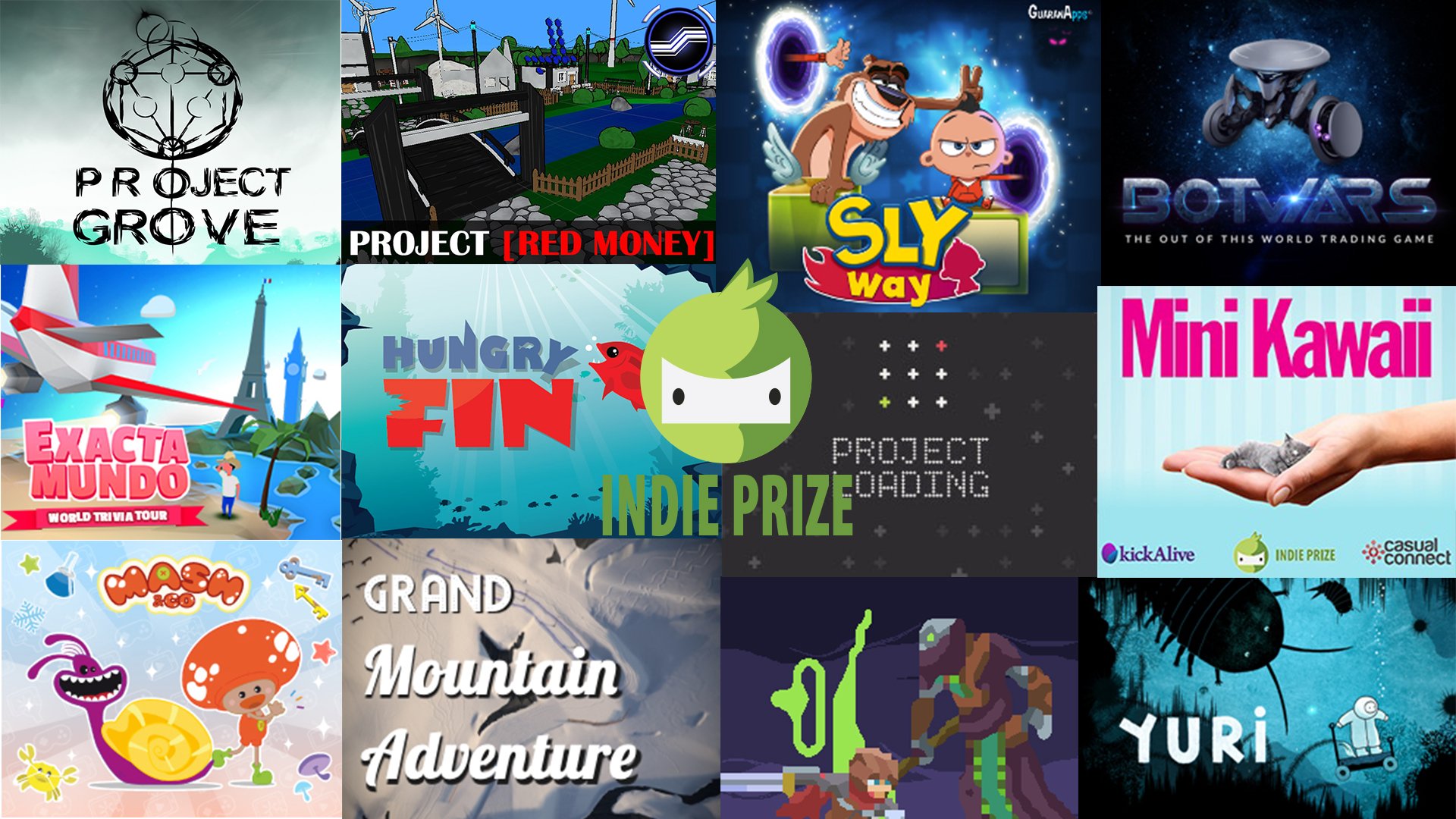 Indie Prize at Casual Connect London is now only three weeks away! The talent coming to participate in the showcase is truly incredible. If you haven't checked out the first two parts of our spotlight on Indie Prize finalists from Western Europe, be sure to do so here and here.

Below you will find our third and final part covering Western Europe, and then we'll move our spotlight to other regions across the world in the coming days. Keep your eyes on this space!

YURI is an artful platformer with fast-paced gameplay. It's night. Yuri wakes up in a strange forest inhabited by enormous plants and mysterious creatures. Travel with him and test your skills to overcome the many dangers of this fantastic and unexplored world. YURI offers you entertaining gameplay spiced up with countless thrills, inviting you to enjoy a full immersion in this delicate dreamlike world.

Shortly after getting fired from your job, you received an email from a private company running a project call [RED MONEY], you make an application to join this project and they have decided to accept you...conditionally. You need to prove to them you can be independent and survive on your own.

Edric & L-P1N explore the uninhabited forest of Dacrima, collecting undiscovered Flora to create powerful potions for a shady corporation. Each discovery uncovers a deeper conspiracy at the heart of their journey...

Botwars is a new hybrid of casual and financial simulation games. It requires a mixture of skill, chance and strategy to win at simulated or real derivatives trading. Command your army and conquer different financial markets by deploying your best units into battle.

HungryFIN is a action puzzle game based deep in the ocean where you have to navigate through challenging levels, solve mysterious puzzles and defeat dangerous bosses to save HungryFINs friend, Samsam.

Exactamundo is about traveling the world, meeting fantastic people and learning about the incredible peculiarities of far away places. Laid back atmosphere combined with a diverse and interesting quiz element tied together with a leisurely travel gameplay will bring all ages to the screen.

Explore huge mountains on a set of skis in this open-world mobile game with beautiful graphics, dynamic environments and seamless gameplay. Compete in a variety of challenges or try to find hidden trials and secrets outside the marked slopes.

Unbroken Soul is a pixel art platformer. Our main character is Tyrion, the king of Alaron. Elaniof is the antagonist of this game, a necromancer that wants to annihilate all human beings. Through nine different worlds we will have to defeat countless enemies, treacherous obstacles and overcome some amazing boss fights! All this is accompanied by a breathtaking story that will make us take some difficult decisions. This game has been in development for three years and it is planned to be released at early Q2 of this year so the game isn't 100% completed right now, but it is still more than enough to give many hours of entertainment.

Platform: iOS, Android, and other mobile

Interactive animated episodes and mini-games will accompany the children on an educational and stimulating adventure, full of fun.
The contents have been studied together with experts in child psychology, and for parents, we have conceived a panel allowing them to follow their children's attitudes.

Project Loading, a puzzle game with minimalist design, is the adventure of a Loading Bar on its way to reach 100%. Project Loading is a precision and ability videogame, designed to the last detail in order to create hundreds of little brain teasers. Tilt your phone and move it to reach 100%!

Voxel Clicker is an Idle-RPG, with a more classic approach to the RPG genre. The Voxel Art Style gives Voxel Clicker a beautiful and sometimes nostalgic look. Being an Idle/Incremental Game, Voxel Clicker offers an endless amount of content for players to enjoy.

Slyway is a fun puzzle game with gorgeous graphics. Unlike other logic games, Slyway provides the player an atmosphere of adventure and exploration. The goal of the game is to help Kurt, a teenager, find the shortest way to Sly, his old teddy bear, while collecting the three stars. The player must slide against the walls to reach Sly, all with a limited number of movements and even sometimes with a timer. As the player progresses, the difficulty gradually increases with the introduction of new game items like teleportation vortex, flying blocks, magnet, and many more. Many challenges and rewards can be unlocked, like skins, treasure chest, secret passages, optionals levels and others worlds. Slyway offers a very fun experience while challenging your logical skills.

In Mini Kawaii, you breed animals. They are intelligent and will request many different things from food to love, cinema or the dancefloor.

In Skeletal Dance Party you play as a fox girl necromancer hosting a dance party for your skeletons. You cast spells, throw objects and people with telekinesis, and resurrect your enemies as more skeletons to join your party crew. It is a dungeon crawler where all animations are physically-based.