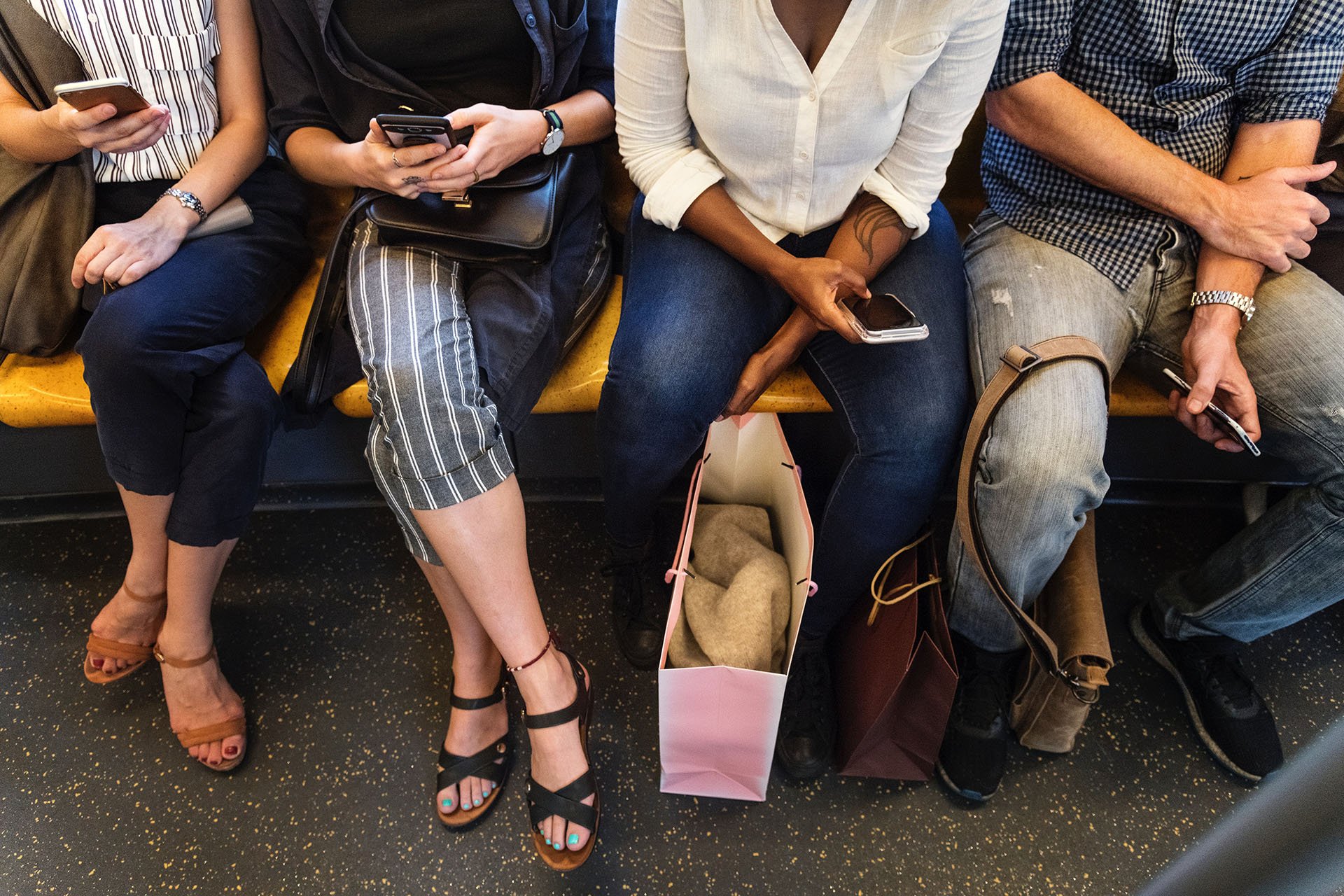 The mobile gaming space has often served as the vanguard for innovation and sophistication in the mobile space at large. It was the first to embrace things like designing for ad monetization and leveraging interactive creative as part of user acquisition. Perhaps because of that, we’re once again seeing mobile games lead the way in adopting sophisticated metrics and models for measuring app business health.

This is part of an emerging shift in how app developers are approaching business growth, leveraging a more holistic view where monetization and marketing activities inform each other to create one virtuous cycle of growth. It’s also enabled by advancements in transparency and data sharing which have made new metrics available to developers. Below I cover the most meaningful of these new metrics and why they’re important for game developers looking to accelerate app growth.

For that reason, metrics that provide data solely generated by IAPs no longer reflect the nature and reality of the mobile gaming ecosystem. Until recently, even the shrewdest of game developers were blind to the value of the users they acquired in terms of ad revenue – allowing them to identify IAP whales, but not ad whales. Without being able to know how much each user generated in total revenue and attribute that to the corresponding marketing channel, developers were unable to accurately optimize for ad revenue. Even LTV predictions were ultimately flawed since they weren’t taking into account day over day ARPU which combined both IAPs and ads.

While different stakeholders in the mobile ecosystem have attempted to provide user-level ad revenue data in the past, these solutions have traditionally been limited in some way. For example, attribution companies were only able to show aggregated revenue data across sessions or specific in-app events. The SDK integration was complex and wasn’t adopted at scale. Other options include getting the data from ad networks, but each ad network could only measure user-level ad revenue generated by ads which their own network served.

With the latest access provided by monetization platforms which have insight into the complete picture, developers can close the loop between monetization and marketing efforts to bring more color and granularity both to their evaluation of their monetization strategy, and in terms of mapping out a pathway to more ROI (return on investment) positive user growth.

For example, when developers have access to user-level data on ad revenue and can link it back to specific marketing channels, they are able to ensure user acquisition spend is optimized for both IAP and ad revenue. Previously, developers basing optimization decisions on IAP revenue alone might have missed high-performing channels driving high ad LTV users. They might switch off the source assuming it wasn’t driving ROI, or alternatively set a bid that didn’t represent the true return of that channel. Now, with user-level ad revenue visible in the attribution dashboard or integrated into the internal BI system of a developer, user acquisition managers can see the whole picture and allocate spend accordingly.

While interactive creatives have been around for years, their recent rise in the app install space – especially in the form of playable ads – not only improved ad experiences overall, but opened up a new realm of creative optimization.

These ads offer an interactive experience with multiple internal touchpoints, which can be tracked, analyzed and ultimately improved for better engagement and conversion. With the right partner to make the data available, developers can now leverage ad performance data beyond the impression and the click, such as in-ad funnel events, completion rates, dropout rates, and engagement rates – to supercharge the impact of their ads. For example, by illuminating in-ad funnel drop off points – like a particularly confusing tutorial, or a hard level where most users fail – developers can build increasingly smoother and more engaging ad flows, which ultimately result in better conversion.

Equally important, higher-performing creatives ultimately impact the efficiency of campaigns, as creatives which have been optimized using in-ad data perform better. This drives higher eCPMs, effective cost per mille – which is the ad revenue generated per 1,000 ad impressions – and places the campaign higher in the waterfall. This means that creative optimization can in fact serve to make budgets ‘go further,’ maximizing the impact of a cost per install (CPI) bid which might otherwise be too low to compete.

Additionally, since interactive creatives are often designed to be like the games they’re advertising, developers can learn a lot about what their users engage with most (and least) within the game, ultimately helping them improve the game itself.

Effective Cost Per Mile or Installs Per Mile

IPM, or installs per mille, measures the number of installs per thousand ad impressions. IPM is often overlooked by marketing teams, despite the fact that it can help them understand how their campaigns are performing relative to the market at large.

While it’s impossible for developers to know exactly where their campaigns stand in a network’s waterfall, they do know that their position is based on eCPM. Yet while eCPM is a standard part of a monetization manager’s day to day, it’s often entirely ignored by the UA side, despite it’s oversize importance in determining campaign success. While it’s very difficult to accurately predict the eCPM of a given campaign, it can be estimated by multiplying IPM with the CPI bid. Since CPIs are relatively inflexible and depend on budget and LTV (two elements which take hard cash or time to increase or impact), influencing IPM is the next best way to increase your waterfall position and scale campaigns.

Among other best practices around measurement, anti-fraud optimization, and targeting, creative optimization can have a significant impact on your game’s IPM. Basic creative optimization involves changing colors and calls to action (CTAs), but with interactive ads like playables, developers can leverage in-ad data to make optimization decisions – such as shortening the length of the ad, or increasing or lowering the difficulty level – which can significantly impact creative performance. Creatives with high IPM can boost the position of a campaign in a network’s waterfall, resulting in a higher volume of ad impressions and installs.

Traditionally, monetization managers tend to focus on metrics like ARPDAU and retention in order to model and improve LTV, and gauge how much revenue users are generating. But it is important to take into account more than just the total number of ad impressions users see or the overall amount of revenue driven. Metrics like engagement rate and usage rate offer a deeper perspective on how much of their ad monetization potential a developer is achieving.

Engagement rate is the percentage of users who engage with ads within an app, and usage rate is the number of ad impressions per engaged user. Engagement rate and usage rate therefore reveal the monetization potential of a given game, illustrating first, how good of a job a developer is doing at getting the maximum amount of users engaging with ads, and second, of those users, how many are engaging with the maximum amount of ads. A simple way of increasing usage and engagement rates would be achieving the right strategy with rewarded ads, ensuring that the value exchange is worthwhile enough for the user (but not so worthwhile that it undermines the in-app economy) that they are driven to engage repeatedly.

Coupled with the proper use of benchmarks – which differ across rewarded and non-rewarded ads – a developer looking at their usage and engagement rates will be able to gauge their monetization potential and ultimately, achieve it. 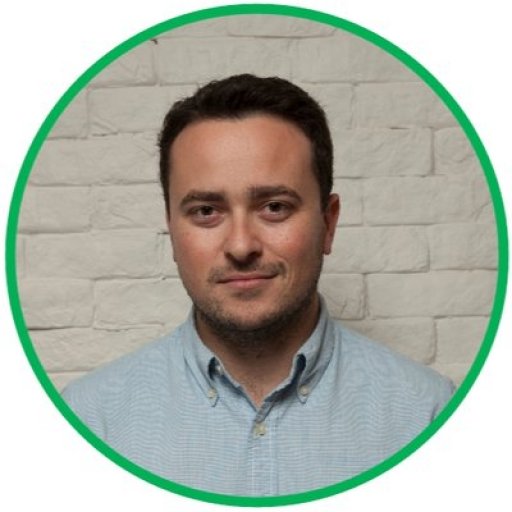 Yevgeny Peres is the VP Growth at ironSource. He joined Supersonic in 2012 as Director of Mobile Operations and in 2016, following the merger with ironSource, Yevgeny began overseeing all mobile product strategy. Yevgeny also leads ironSource’s fraud research activity, and has become a recognized thought leader and sought-after speaker in the anti-fraud space.